The iconic colors from Ayrton Senna’s helmet were painted on a Mirage 2000C, which was also decorated with the three-time F1 world champion’s signature; the Air Force is also celebrating the 30th anniversary of the flight Ayrton Senna made on a Mirage III in Anápolis, Goiânia

Three-time F1 world champion Ayrton Senna made a supersonic flight 30 years ago, on a Brazilian Air Force fighter jet. To honor this historic moment and also the 25th anniversary of the legacy left by him, the Air Force has customized a Mirage 2000C with the iconic colors from the helmet worn by the greatest driver ever. 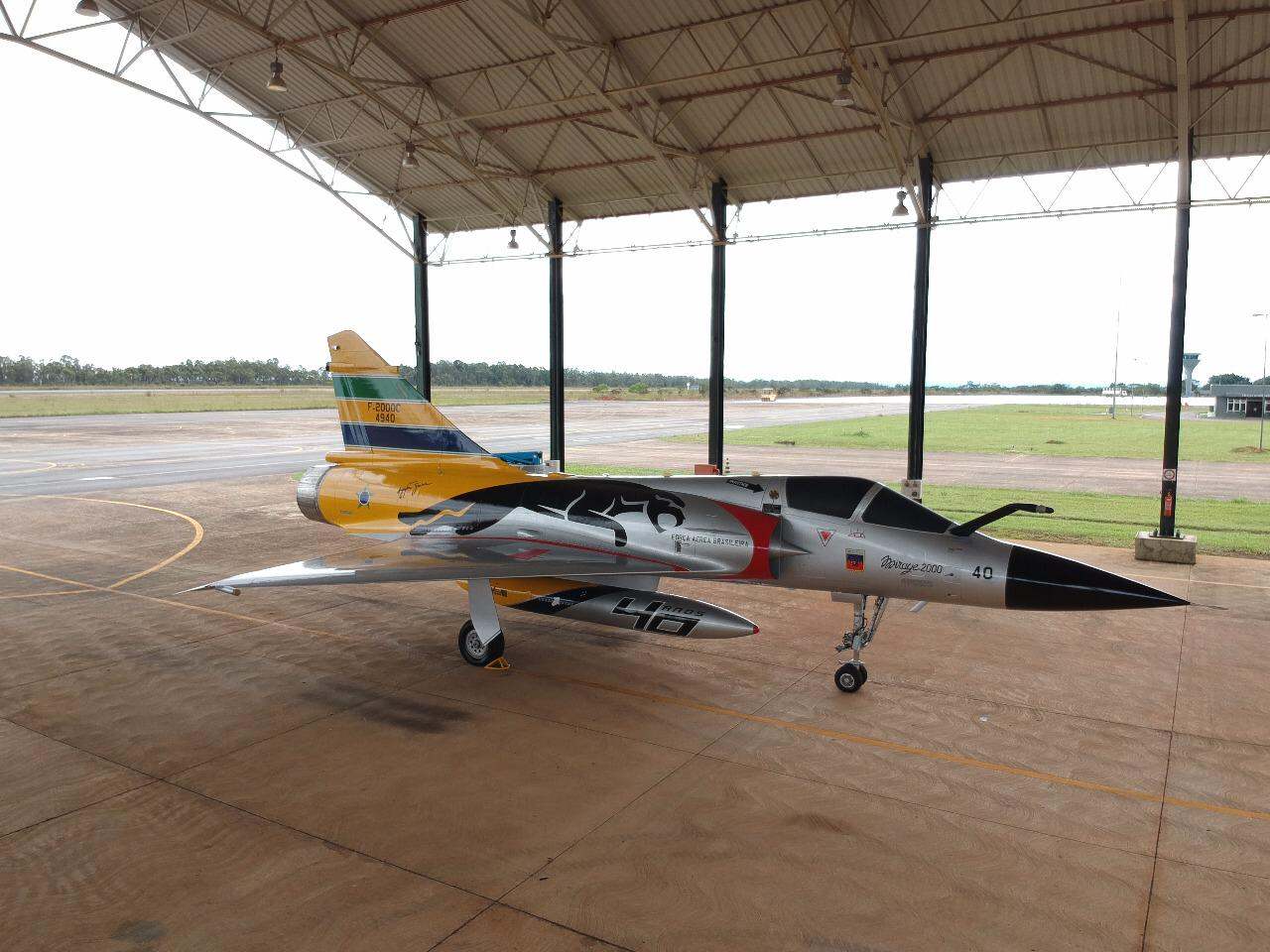 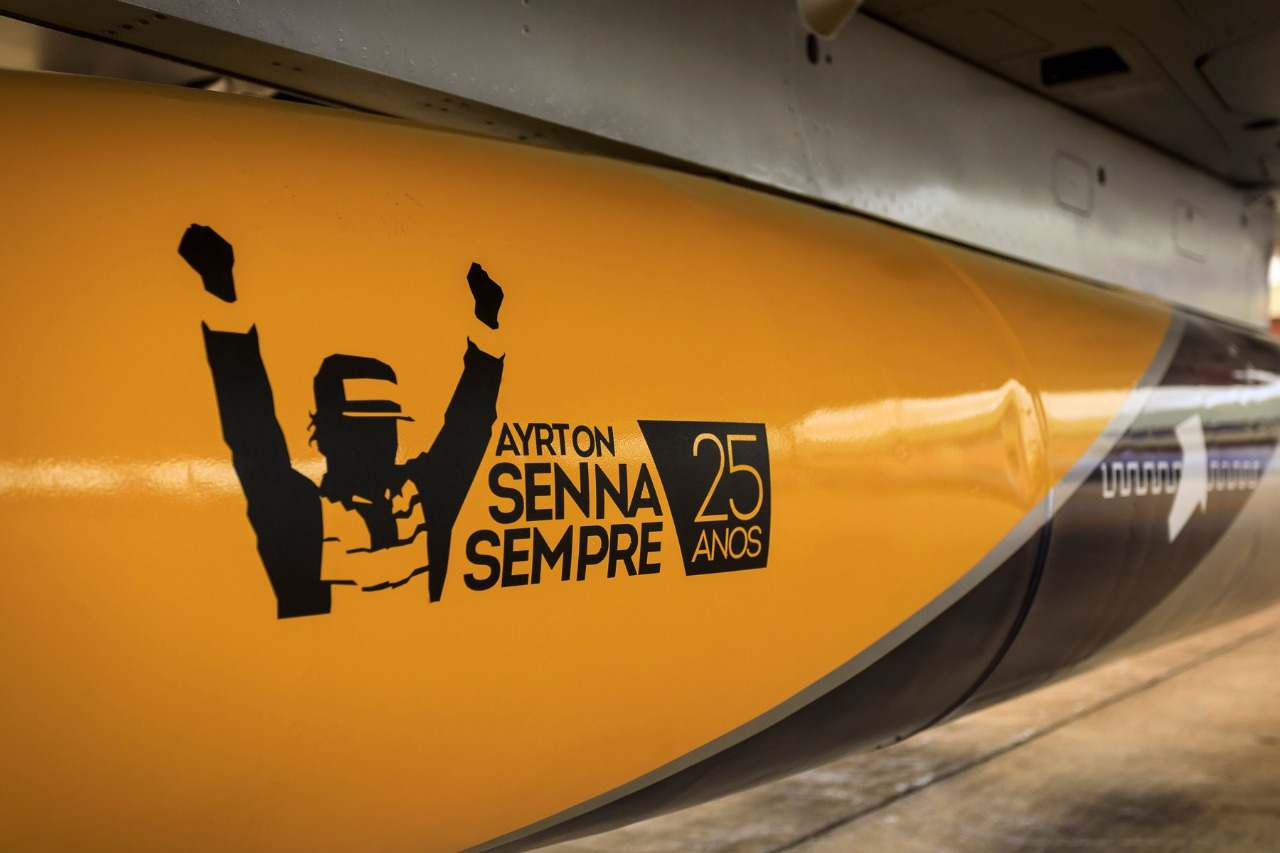 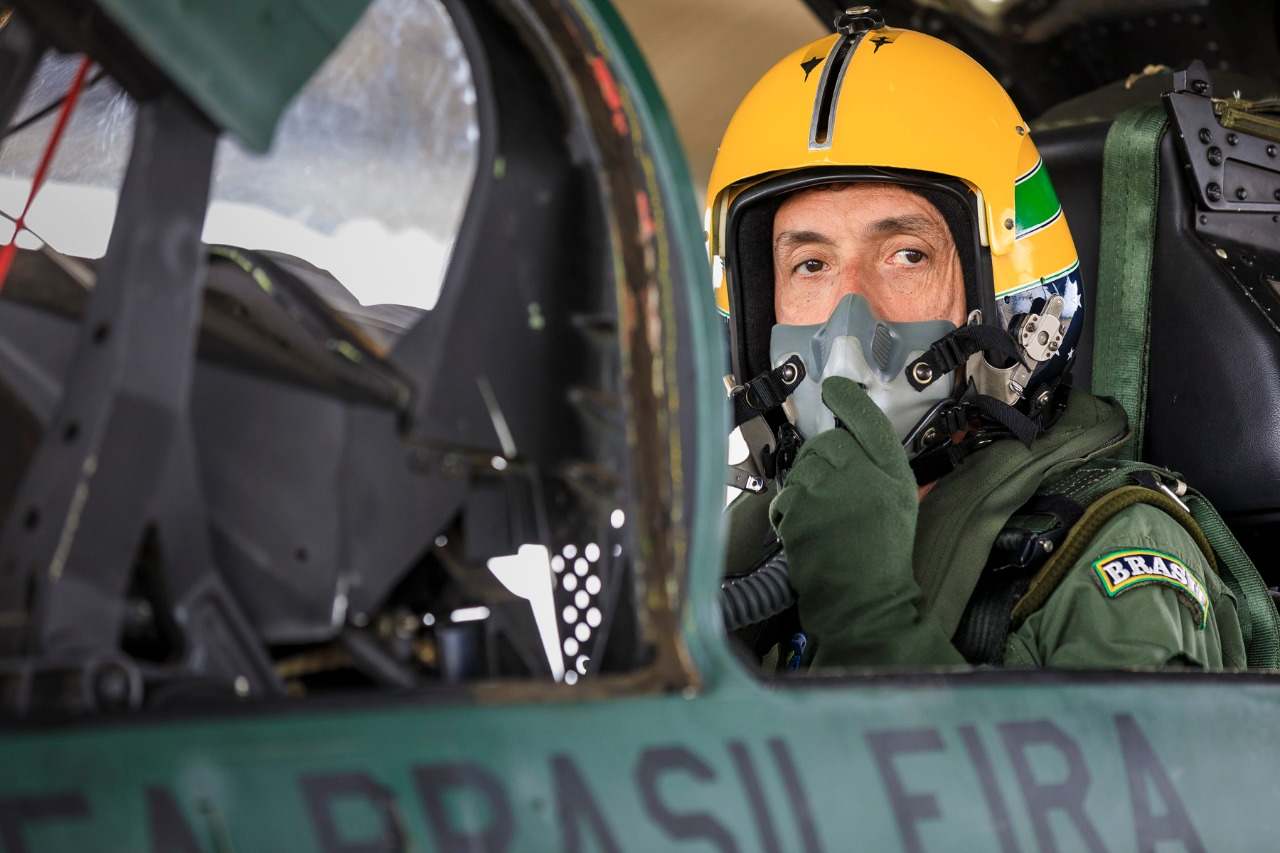 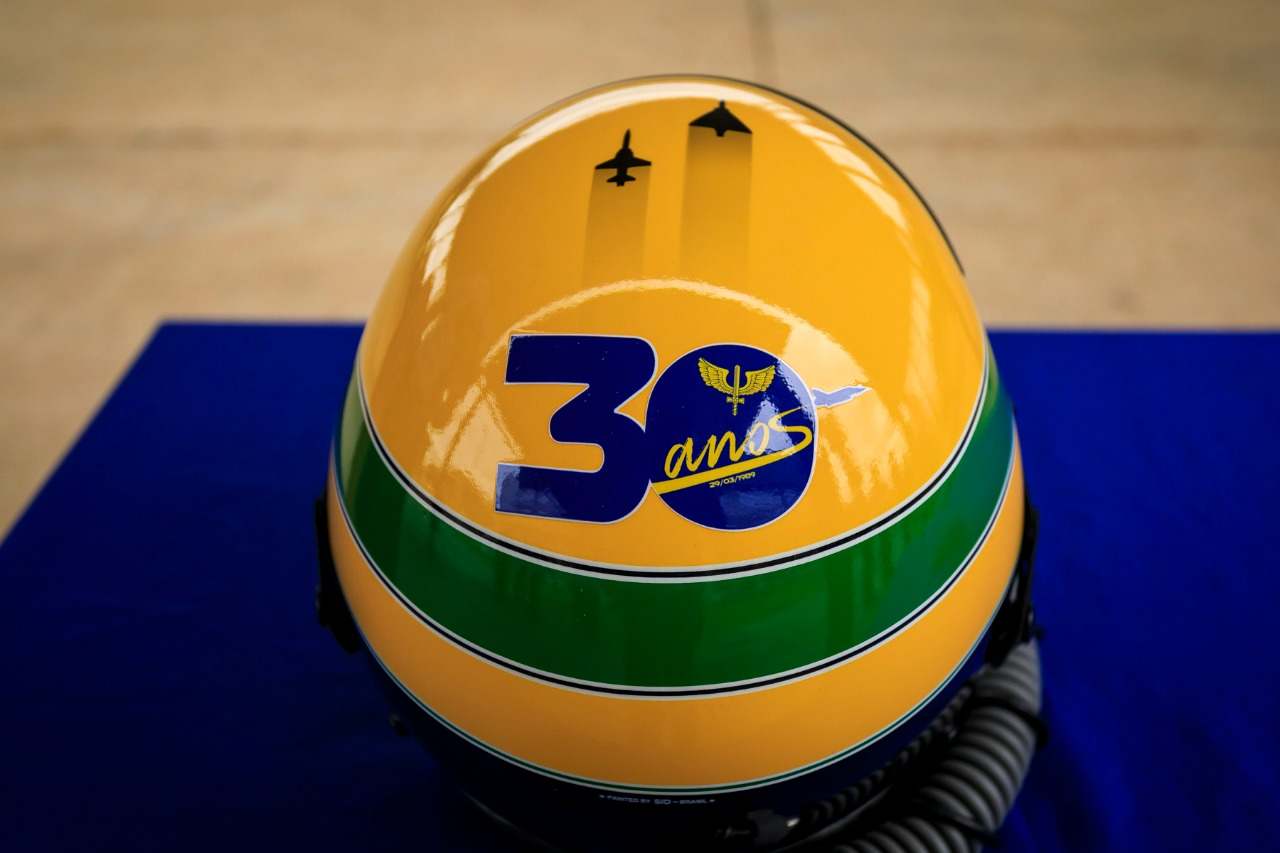 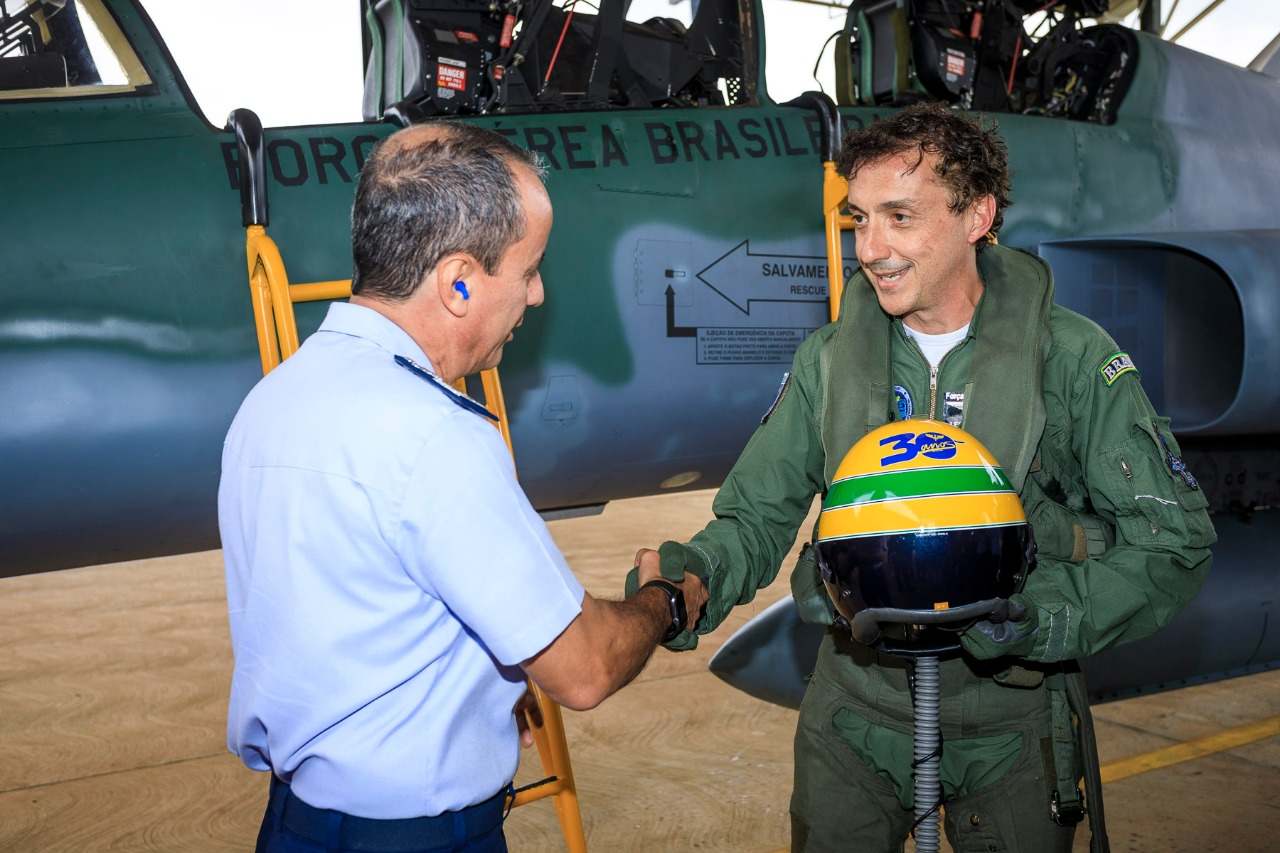 The plane was officially unveiled last Friday, at the Anápolis air base, in the state of Goiânia. On March 29, 1989, Senna fulfilled his dream of breaking the sound barrier by going over 1.700 kmh (1,056 mph) on a Mirage III from Anápolis’ Jaguar Squadron. Two years before, in 1987, Senna had already flown on a fighter jet, in Rio de Janeiro, but there was almost no press coverage, unlike what would happen two years later.

Leonardo Senna represented the greatest idol in Brazilian motor sports and flew on a fighter jet. Ayrton’s brother also wore a special helmet, with the same color scheme of the one the F1 three-time champion used to wear.

“[Ayrton] was much more peppered than I am. They say he asked to fly very close to the ground, but I didn’t make the same request, even though I did want some excitement”, said Leo Senna.

Colonel Antonio Mioni, the Anápolis Air Base commander, commented on Ayrton’s relationship with the military branch. “The Air Force has Ayrton Senna as its idol, not unlike most Brazilians. He’s special to us”, said the Colonel.

Fighter jets were constantly on Ayrton Senna’s mind – so much so that, at the time, Sid Mosca, who originally designed Senna’s helmet, also styled a special helmet for the driver with planes on the top of the iconic piece.

Sid’s son, Alan Mosca, felt honored in taking part of the tribute to Senna, by developing the new livery for the Mirage 2000C alongside designer Raí Caldato, responsible for the artwork.

“We were able to combine several historic dates in the same tribute to Ayrton. The 25th anniversary of his legacy, the 40th anniversary of the Jaguar Suadron and also Senna’s flight on the Mirage III, 30 years ago. I’m very happy for being asked to take part in this tribute and I thank Raí (Caldato) for making such a beautiful layout”, says Alan, making sure to point out that the official seal of the 25th anniversary of Ayrton’s legacy was put right next to the plane’s fuel tank.

Raí, who has also designed the helmet worn by Lewis Hamilton – a five-time F1 champion – has personally approved the airplane. “This project was very important to me, since it has combined two of my greatest passions: aviation and my obsession with Ayrton. I thank the Air Force and the Ayrton Senna Institute for taking part in this project”, says Raí.