At the 2017 Formula 1 Monaco Grand Prix, Rosland Capital unveiled a gold and silver coin collection that commemorated the iconic Ayrton Senna, who won his first circuit in Monaco 30 years prior. Rosland Capital CEO Marin Aleksov presented the collection to Senna Institute Director and Ayrton’s niece, Bianca Senna, after the unveiling of a commemorative plaque for the three-time F1 World Champion by HRH Prince Albert II of Monaco at the Fairmont Hotel, Monte Carlo. 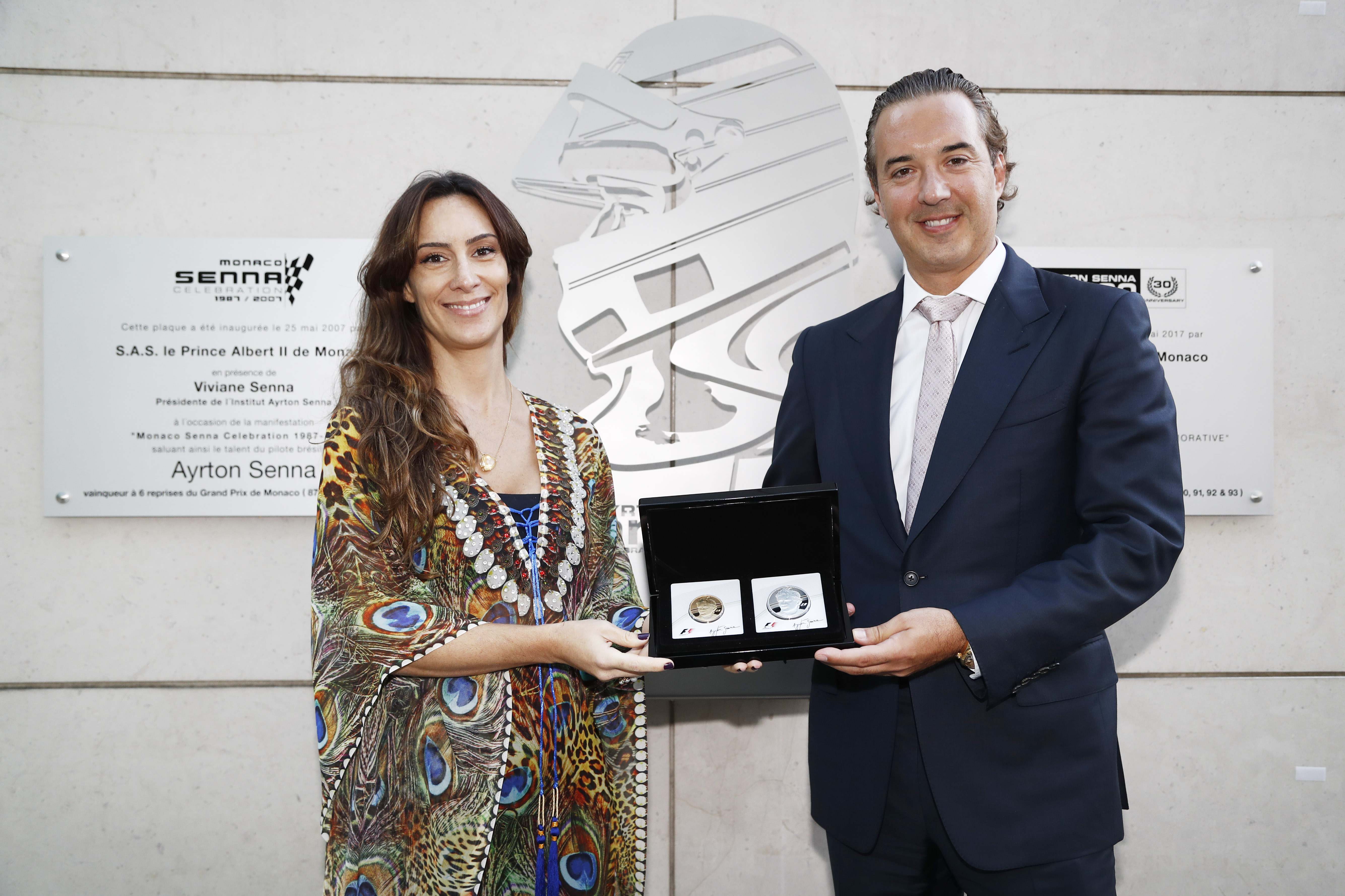 Designed in collaboration with the Ayrton Senna Institute, the limited edition collection includes six 30 oz gold coins, 180 2.5 oz gold coins and 300 2.5 oz silver coins. The coins are minted by Swiss-based PAMP S.A. and feature an unmistakable image of Senna. A portion of the proceeds will directly benefit the foundation.

This is the second year that Rosland Capital has partnered with Formula 1. In 2016, Rosland was named the exclusive distributor of the Formula 1® Coin Collection. Minted by PAMP S.A. and licensed by Stunt & Co., the collection included gold and silver coins in various sizes that celebrated events in the 2016 FIA Formula One World Championship – including the British Grand Prix™ and the Grand Prix races in the United States, Brazil, Italy and Abu Dhabi.

“We are honored to be part of this wonderful celebration of the anniversary of Ayrton Senna’s first win in Monaco thirty years ago,” said Aleksov. “We know how important his legacy is to all Formula 1 –and indeed all sport – fans – and as such we feel very privileged to have been asked by the Ayrton Senna Foundation to produce this special range of gold and silver coins.”

Bianca Senna also commented on the celebration of her uncle’s legacy in Monaco: “It was an unforgettable weekend at the Monaco GP due to the tributes in honor of the 30th anniversary of Ayrton’s first win in the Monte Carlo, opening the series of six victories that still stands as an F1 record. The launch of these coins immortalizes these celebrations by engraving in gold and silver such a special moment for us at the Ayrton Senna Institute and my uncle’s fans in Brazil and all over the world.”

Seven memorable races of the Senna vs Prost rivalry

Senna’s test with a Lotus number 11