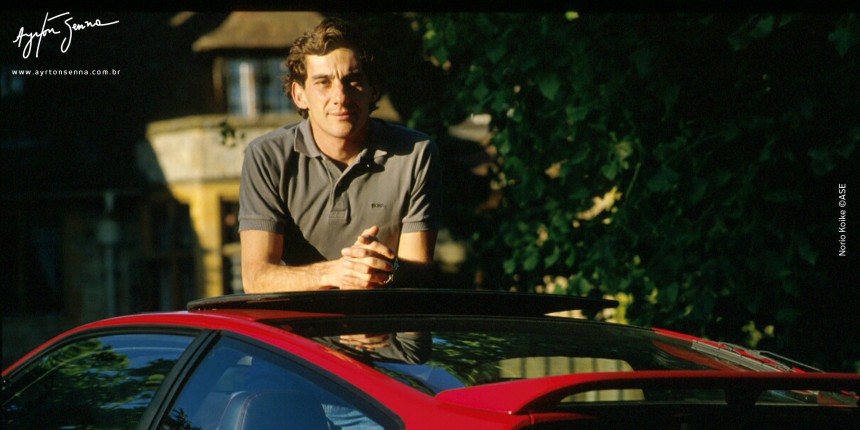 Ayrton Senna in England in 1990

Behavior Off the Tracks

Away from the tracks, Ayrton Senna was an ordinary person, surrounded by family and friends and by activities far from the world of auto racing.

After meeting all of his obligations with the team, press, sponsors, and fans, he left the circuits as quickly as he could and flew to Sao Paulo.
In the city of Sao Paulo, the driver transformed into a competent businessman with the same dedication and intentness seen in Formula 1. It was Senna himself who came up with the Senna brand and the Senninha character.

But above all, Ayrton Senna was proud to be a Brazilian and wanted to do more for his country. He always knew that a better future was through better education and this thought was the seed that became the Instituto Ayrton Senna, which helps thousands of children and youth throughout Brazil.

Beco, as he was known to his family and close friends, also had his moments for leisure.

Holidays were sacrosanct: Ayrton Senna allowed himself the luxury of leaving the tracks and enjoying the sea at Angra dos Reis, a refuge he loved. He also loved playing sports. He was a sportsman that also showed great ability for running, tennis, bicycling, jet skiing, and many others.

He wasn’t able to play soccer although he tried a few times.
Learn a little more about Ayrton off the tracks: his friends, his family, his hobbies, his trips and favorite places, many stories told by those who were always near this great idol.