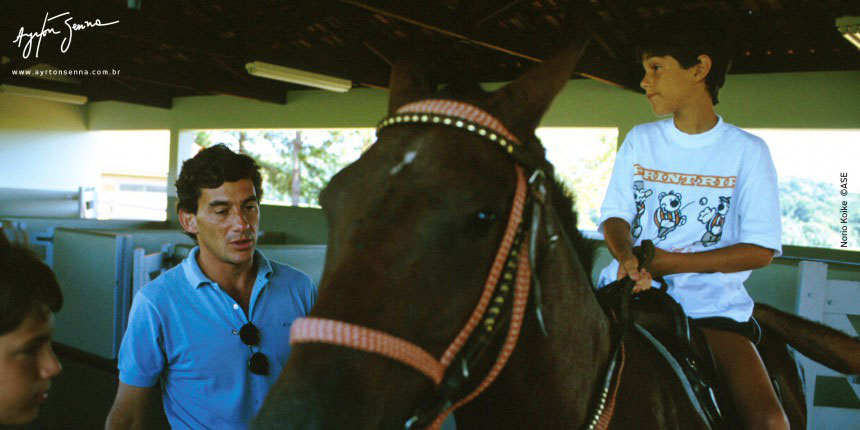 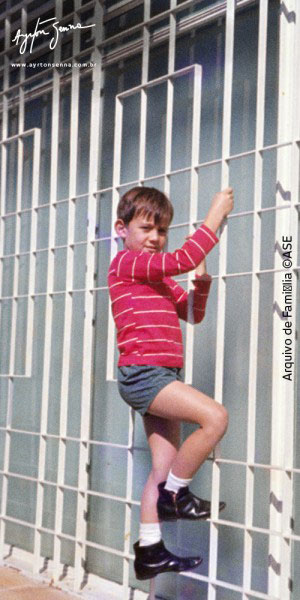 It had been about two years that Ayrton hadn’t had a birthday party because he had gotten into trouble and, as punishment, he couldn’t have a party. When he turned six, he said that this year he wanted a big party. It couldn’t be a small one; it had to be a huge party. As he had been behaving himself recently, I told him that he could invite whomever he wished. Around 4:30pm on the day of his birthday, the kids started to arrive. There were all types, sizes and ages of kids. Milton started to count them all but gave up after he reached 30. There were people all over the place. Milton taught the kids how to play leap frog, which was chaos. Later after everyone had gone home, I asked Beco where all his friends were from. He calmly replied that: “Actually, I didn’t know everyone. I walked along our street ringing doorbells and inviting the kids that lived there to my birthday party.” (Mrs. Neyde Senna, mother) The Puddle We had to go to a birthday party at the house of some cousins. Because Beco and Leo were still small, I gave them a bath while Viviane got ready by herself. With everyone ready, neatly dressed and smelling nice, we all went to the car. We lived on a dirt road and it had rained recently so you can imagine the mud. In a hurry as usual, Beco ran ahead of everyone, opened the car door and crawled across to the driver’s side and leaned against the door. But the door was not completely closed and the worst happened. He leaned heavily against the door so that it opened and Beco fell out, landing in a mud puddle. While Leo and Viviane almost died laughing, I was not so amused because I had to take him back into the house and get him ready all over again. Mrs. Neyde Senna, mother

Ayrton and Viviane, her sister, playing with the family car

The Apple Once, I took Viviane, Leo and Beco to see the film Snow White and the Seven Dwarfs. Vivi, the oldest, couldn’t wait to see the film and the two youngest were less than happy to be there. Well, everything was going well; perhaps too well, when the scene appeared where the wicked witch poisoned the apple for Snow White. “Mom, I want that apple”, said Beco. “Later”, I whispered; not wanting to bother the others in the movie theater. Two minutes later he nudged me again and said more loudly, “Mom, I want the apple!” I answered again, very quietly, “Wait a bit. After the film I’ll buy you as many apples as you want. Now sit quietly and watch the film.” I guess I wasn’t very convincing because he started to yell inside the theater, “Mom, I want the apple now!” Result: we had to leave in the middle of the film so he could eat an apple exactly like the one he saw in the film. Mrs. Neyde Senna, mother

Ayrton with his mother and sister Viviane in 1964

The Lesson I must have been about 11 years old and we were at the house in Angra dos Reis for the January holidays as usual. I went to get one of Beco’s Laser Discs to watch. It was a Madonna disc that he loved. It slipped out of my hands and fell on the floor. Naturally, it broke in half. I was terrified because I knew how much he liked that LD. Innocently, I put it back in the same place and pretended that nothing had happened. Later he asked me if I knew who had broken the Madonna LD. I was nervous and couldn’t hide that I had done it. I confessed and apologized over and over again. Beco, with all the calmness in the world said to me, “I don’t have a problem at all that you broke the LD. It was wrong to hide your mistake. Don’t do this anymore. Not with me, not with anyone. Especially not with yourself. This will only cause problems for you.” At the time I must have turned as red as a beet but over time it was easier to understand the lesson and I always remember this when something goes wrong. Bianca Senna, niece 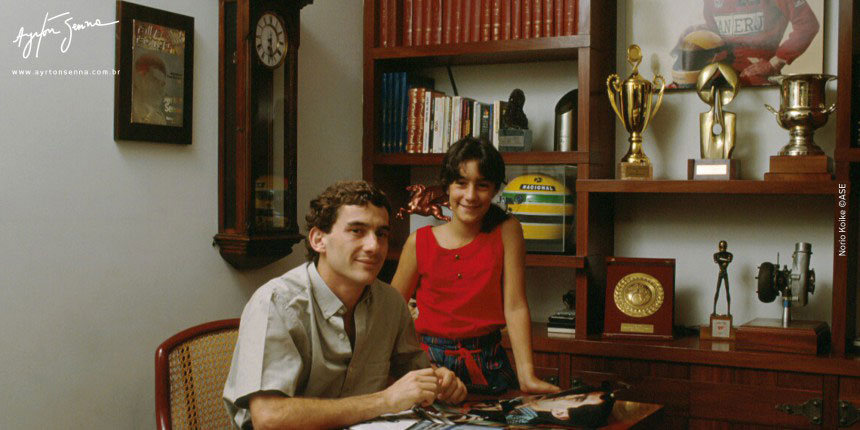 Ayrton and niece Bianca at their home in São Paulo 1989 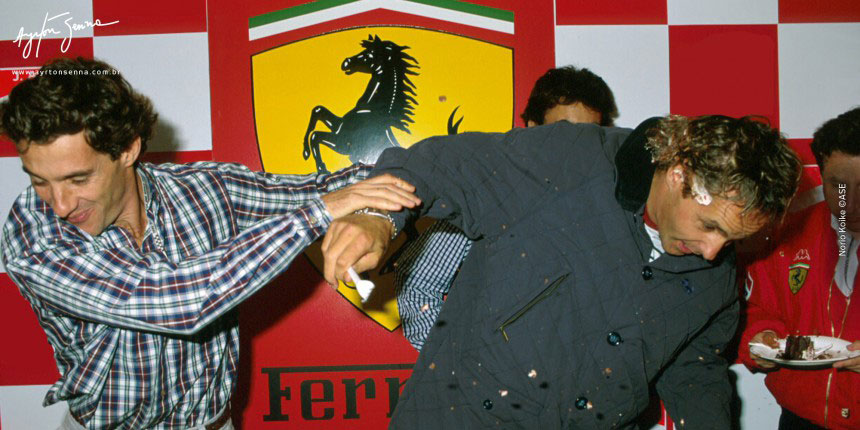 Get emotional with testimonials about Ayrton, enjoy the stories about him.