Even when Ayrton Senna was on holidays he would find a way to race and speed. The three-time F1 champion would always go back to his roots and spend time with his family. One of his favorite activities was to play with his nephews and nieces. That’s why even in December and January – a months in which there are no Formula One races – the Brazilian driver sometimes donned his racing suit and helmet, to drive go-karts with family and friends, if nothing else. 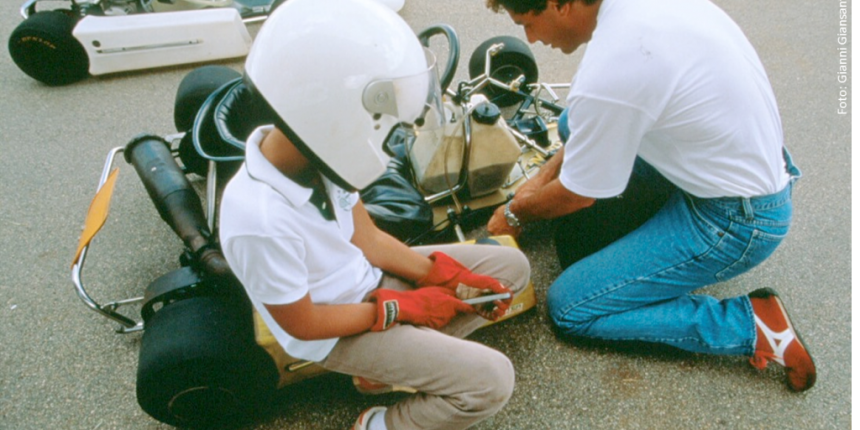 Bruno was the one who wanted to follow on the uncle’s footsteps the most, and he ended up becoming a professional driver, also climbing to F1. Ayrton was in his nephew’s life for only ten years of the boy’s childhood, but it was enough time for them to become close friends and have lots of fun driving go-karts on summer vacations’ weekends.

Encouraged by his grandfather, Milton, and by Ayrton, Bruno won a go-kart when he was only five years old, and, since them, he never stopped going fast. – even though his uncle would tease him by calling him “brake-pedal”. The kid gave as good as he got: “He’s the brake-pedal, he brakes so much his tires are always smoking”, answered young Bruno, joining his uncle in the game.

“Beco”, as Ayrton was affectionately called by Bruno, loved to be around family and this helped him to rest his mind and soul and prepare for the following season. That’s why he was always close to his relatives. Batteries charged, Senna went back to Europe, for the first January try-outs, ready to keep the position he held in F1: the first one.