From the Santana neighborhood at São Paulo, Ayrton Senna was born with the speed running through his veins. Encouraged by his father (Mr. Milton), at the age of 4, he already had an incredible ability with Kart and, from there, the passion for the accelerated engine only increased. At age of 9, he was driving jeeps with a dexterity characteristic of a lot of experience; at 13, he already competed officially. He finished at second place several times, which was not enough. That was when, in 1977, he could feel for the first time the taste of a victory - and decide that he belonged there.

Senna’s development as a pilot started in his childhood, as the inspired boy dedicated several hours of his days training. In 1981, he started competing in Europe, winning the English Formula 1600 Championship - with a record of 12 wins in 20 races. It was during this period that he decided to use his mother's maiden name, Senna, because Silva is a very common name in Brazil. In 1983, he won the British Formula 3 championship with the Dick Bennets team, with 13 wins in 21 races, 9 of them in a row. He also won the Macau Grand Prix for Teddy Yip's Theodore Racing Team. The pilot was in top form and in an impressive rise - absolutely nothing was taking him away from the focus he had. 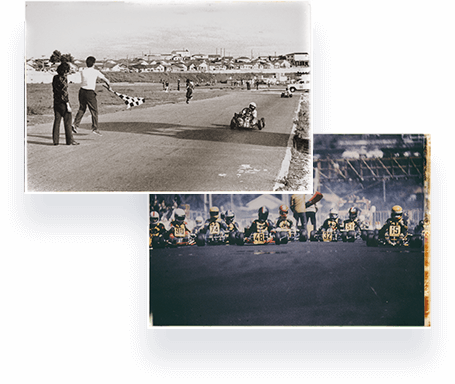 WINNING IS ALL THAT MATTERS. EVERYTHING ELSE IS CONSEQUENCE.

THE FIRST STEPS OF A CHAMPION

I don’t know how to drive otherwise than risky. When I have to overtake someone, i will do it. Every pilot has his limits. Mine is a little bit above the others.

His entry into Formula 1 happened in 1984 by Toleman, after attracting the attention of multiple teams. In his third GP, held in South Africa, Senna scored his first point. Two weeks later, the result was repeated at the Belgian Grand Prix. Adversity met him at the San Marco Grand Prix when he did not get the time - that was the only time this happened in his career, after all, losing was not in his plans. It was that same year, during the Monaco Grand Prix, that Ayrton, after qualifying 13th on the grid, made impressive progress through the streets of Monte Carlo quickly reaching third place.

During the 19th track, he managed to overtake Niki Lauda, ​​who was in second, and with that, began to threaten the leader Alain Prost, even with a much more limited machine in his hands. At that point, it rained too much on the track and the race had to be paused for safety reasons. Senna had passed Prost, but the victory was not computed, since in those cases, was considered the position of the previous lap. Still, his moment was not erased: he had impressed everyone. In the same year, Senna won two more podiums. 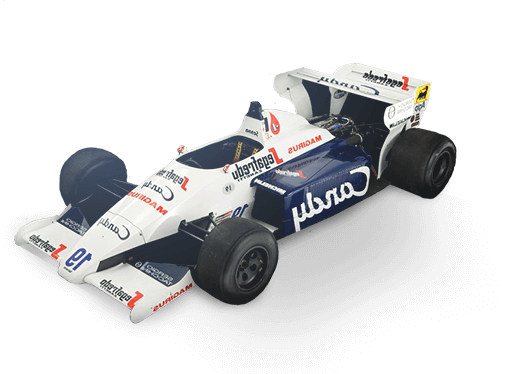 Moving from team, Ayrton begins the 1985 season at Lotus with the promise of a more promising environment for his career. The first year in the team counted on some victories and many frustrations, since his machine made him abandon the track due to technical problems several times. Still, his performance was impressive. Senna became known as "King of the Pole Position" due to his times during training. In the new house, he finished his first season in fourth place. In 1986, Lotus chose scottish Johnny Dumfries to be Ayrton's teammate, under his supervision. This season started well for Senna, who got second place in the Brazilian GP.

Realizing the limitation of his engine, he adopts a technique to take advantage of his opponents: postpone the change of tires. With that, he went on to lead the championship for the first time, beating Nigel Mansel's Williams time by 0.014s. The technical problems continued to disrupt his performance during the season and he ended up finishing fourth again. The year of 1987 begins with the promise of better days. Lotus was coming with a new sponsor and the possibilities for Senna were bigger. External circumstances in the tracks made Ayrton gain even more prominence after Mansel's departure from injuries. With the possibility of finishing the season in second place, the pilot took full advantage and achieved the desired goal, but his car did not pass the measurements and Senna ended up in third place. It was time for the pilot to move team one more time.

In 1988, Senna arrives at McLaren for the championship next to Prost, with whom he developed an unfriendly competition. That year, the pair won 15 of 16 races. It was also this year that Ayrton reached the top of the podium, securing his first world title. In 1989, the adversity between the pilots became a true psychological warfare. Prost wins the three-time world championship in Japan after a collision with Senna's car, which, unhappy, tries to appeal in every possible way, without success. The year 1990 arrives and, in the same circuit, the two are fighting for the world title, now with Prost in the Ferrari team. This time, a collision between the cars gives Senna an advantage, allowing him to secure his second world title. In 1991, came his third title.

An impressive ascendant continued to accompany the pilot. The following year, however, eventually brought out the superiority of Williams' engine. Technical problems that toppled his car in addition to the premeditated championship of Nigel Mansel made the year quite discouraging for the pilot, who came to consider a change to Formula Indy. Although he did not believe in the competitiveness of the McLaren machines, the transfer of Senna to Williams would be impossible while Prost was part of the team. After finishing second in the opening race of the season in South Africa, Senna won the GPs of Brazil and Europe at Donington Park. Despite this, Senna finished the season in second place and secured his passport to Williams in 1994.

Senna wanted so much to be part of Williams that he offered to run without receiving any payment, which was even vetoed, since Prost's contract had a clause that prevented the team from hiring the Brazilian pilot. When he noticed Ayrton's hiring, Prost decided to withdraw. In the best team, with the best engine, Senna was the championship's favorite. The pre-season showed a fast but difficult to drive car. Senna himself made several statements that the car was unstable and clumsy. His start of the season was not the best, in a kind of foreshadowing of the tragic events that would affect him during his third race. 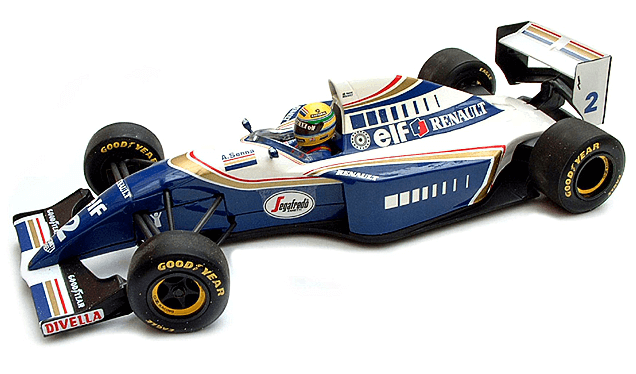 THE SEASON THAT NEVER ENDED

It was at the San Marino GP that Senna stepped up on what would be his last race. He entered the Tamburello bend. He lost control due to a broken steering rod. He strode straight to the side walls and shook himself violently. The telemetry showed that Senna, when realizing that he was going to hit, managed to reduce the car from 300 km/h to 200 km/h. At that moment, the entire Brazilian nation held its breath, waiting for any movement by the pilot. A slight movement happened, but it drastically worsened his brain damage. Rescued promptly on the runway, he was transferred to the hospital, where, a few hours later, he was pronounced dead. It was the end point of the athlete and the beginning of a majestic legacy.

Know more about each race