Being fast in Formula 1 is important but it isn’t everything. To win races and championships, a driver needs to have the physical training of an athlete throughout the entire year, including the off season, during the European winter.

What keeps a car in the first positions throughout the race is consistency: being fast during the entire race. Given the physical strength needed to steer the wheel, change gears, and deal with the lateral acceleration forces of up to 4G in the corners, a driver can only get to the finish line in good shape if he is in top physical condition.

Throughout his career, Ayrton Senna had the help of great professionals who guided his training and physical conditioning. One of them was Austrian Josef Leberer, a physical therapist who arrived at McLaren in 1988, just like the Brazilian. 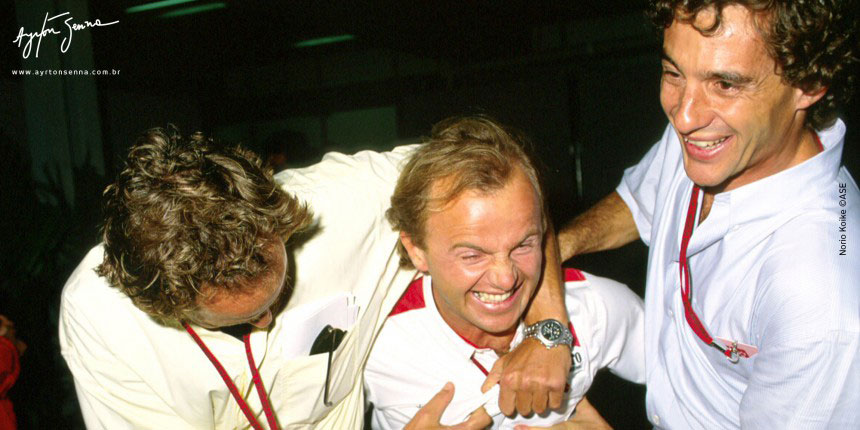 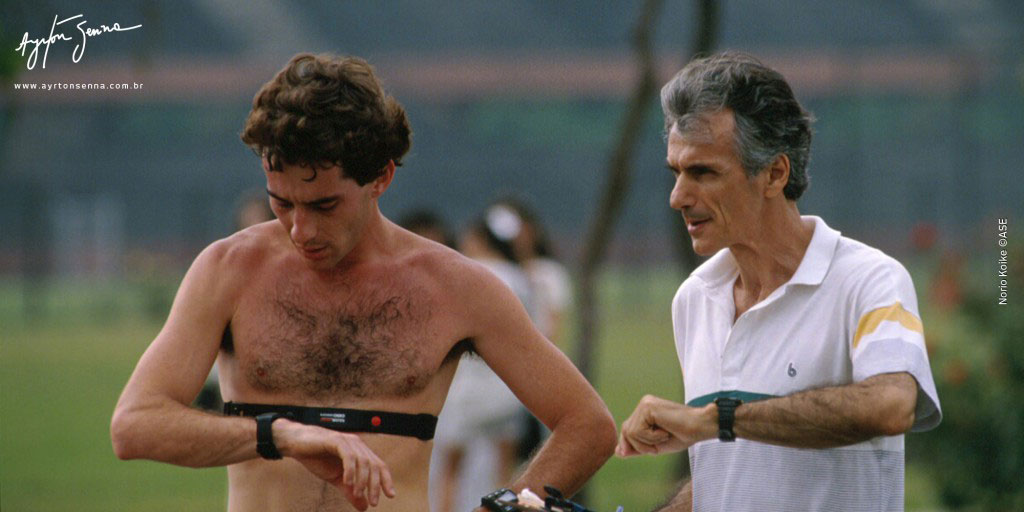 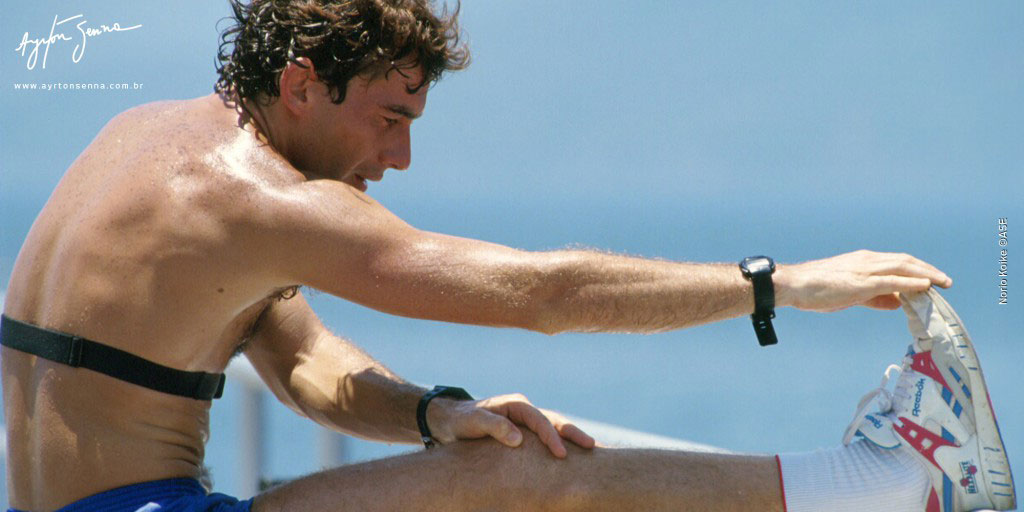 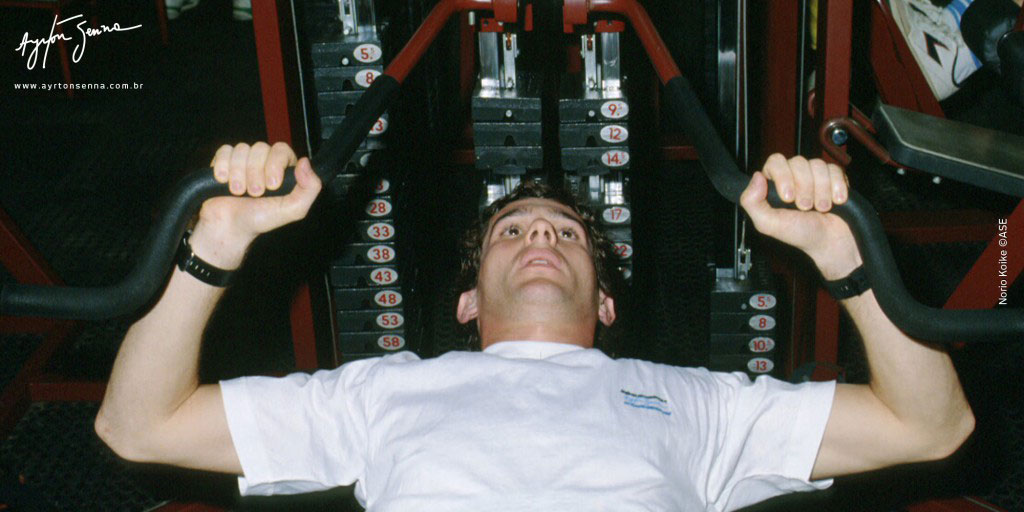 They became friends and, besides working together, they collected amusing stories – like the physical therapist recalls in an interview to the official Ayrton Senna website:

“I met Ayrton in 1986, when Willy Dungl (Leberer’s mentor) funded his new training center, but our work began in earnest during the 1988 season, at McLaren, during the Brazilian Grand Prix”, says Joseph, mentioning the race that was held at the Jacarepaguá raceway, in Rio de Janeiro, at the time. “Ayrton was already in good shape, but that wasn’t enough (for an athlete): he was too light. He was strong-minded, but there was still room for physical improvement. Step by step, he got there”.

They couldn’t have had a better debut season at McLaren: Senna won his first F1 world title, after an epic race in Suzuka, where he finally won the duel against then two-time champion Alain Prost, his teammate.

“Senna was a very considerate and generous person.  I remember that, in 1988, when he won his first F1 championship, he invited me to the FIA awards ceremony, in Paris. He sent a business-class ticket from Salzburg (Austria) to Paris and paid for my stay at the Crillon Hotel. Not bad!”, recalls the always lively Austrian.

Another of Josef’s tales about Ayrton involves a second sports legend – who also happens to be Brazilian. “Soon after Ayrton won the 1991 Brazilian Grand Prix, we were at a bar in São Paulo when he said: ‘Josef, I’d like to introduce you to a close friend of mine’, and it was Pelé! Someone took a few pictures, but I wasn’t able to keep them. That was dumb of me, I know”, jokes Leberer, who still works in Formula One taking care of drivers’ physical conditions. He actually works with another Brazilian driver, Felipe Nasr, at Sauber.

Little by little, Ayrton improved as an athlete, and his talent was compounded by something more: physical and mental strength – which came in handy during the fight for his first title. This can be attributed to the driver’s work with another key figure in his preparation: Nuno Cobra, widely regarded as one of Senna’s greatest mentors.

As a competitive driver, Senna had to make several leaps in terms of mental and physical preparation. When he jumped from go-karts to formula racing, Senna had also to adapt to the European lifestyle. And when he got to F1, the physical challenge was even bigger, since the cars were harder to steer and races were three times longer than in the British F3, for instance.

In 1984, when Ayrton scored his first point in F1, he headed straight to the infirmary as soon as the race was over, in South Africa. With back and neck pain, Ayrton realized that was a turning point in his career.

“A driver can’t give it their all in the first four or five laps and then ruin everything and throw away a good placing. Clearly consistency is not just an innate quality but rather the result of long and hard physical training, which provides the conditions to be your best and reach the end of even the hardest race in the same shape as you began”.

Ayrton Senna described a series of daily training exercises that began at 8:30 am with a 3 mile run that reached 9 miles per day by the end of a month. All of the aerobic training had the objective of perfecting the oxygenation of his body.

Taking care of the neck muscles is characteristic of racecar drivers. Stretching and strengthening exercises of the area are important so that they don’t suffer from the effects of lateral acceleration in the corners and braking events. But other parts of the body are not forgotten; there is a complete series of exercises for the legs, arms, abdomen, back and chest.

After the season begins, the driver should maintain a training pace that will allow them to reach the end of the season with equal endurance. This includes weight training and, in the case of Ayrton Senna, weekly runs.

“Driving is predominantly a question of control in which the human being doesn’t make movement. Good physical preparation allows the development of this activity in the best possible way and to the highest level over the length of the season”.