Secrets of a wet track 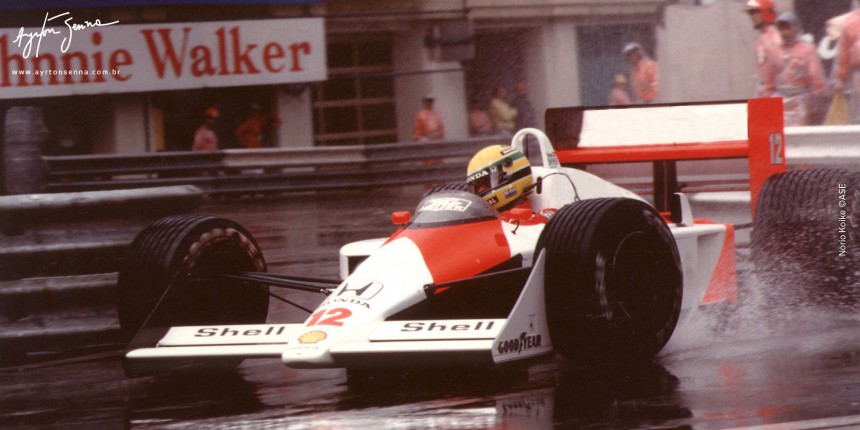 Grip is vital in an F1 racecar – that’s why it’s one of the most checked items of a car before, during and after each race. Speed, stability and tire wear must be carefully balanced, so that the result is a winning setup. When the track is wet, dirty or with only a small amount of tire residue from the passing cars, grip is naturally reduced. In these conditions, drivers follow a sort of obligatory path on the track. That’s where they find better a grip. In go-kart racing, for instance, the direction of a track is reversed when it’s wet, so that drivers can escape the traditional path – which is full of rubber – and slide less. Under torrential rain, drivers must be even more careful while driving on the edge, avoiding rumble strips and track markings, and taking their time on corners, to reduce the risk of sliding out. Brakings become longer but drivers can reaccelerate at the same spots. These factors affect every driver, but they tend to benefit the more experienced ones, since they know how to best use the track and the tires under adverse conditions.

“Each one has to take advantage of their experiences and personal abilities and in cases like these they are very obvious.”

The rain also tends to even the field, which became clear in the Brazilian’s first F1 race in the rain: the 1984 Monaco Grand Prix. As a rookie driver for Toleman – a middle-of-the-pack team – Senna made an impressive show, starting in 12th place in Monaco’s narrow street-circuit, overtaking his rivals (including then two-time champion Niki Lauda, who would go on to win another championship) and reaching the second position. Some say it could have been the Brazilian’s first F-1 win, had not been the race’s controversial interruption on the 32nd lap, making Alain Prost the winner. But Senna’s first triumph came a few races later – not coincidentally, also in the rain. The Estoril Grand Prix was just the first of several memorable rain-soaked wins by the Brazilian. His victories in these conditions – besides the 1985 Portuguese GP – were: Belgium 1985, England 1988, Germany 1988, Japan 1988, Belgium 1989, Canada 1990, Brazil 1991, San Marino 1991, Australia 1991, Brazil 1993, Europe 1993 and Japan 1993. Contrary to what most people think, Ayrton Senna didn’t start out as a genius on wet track. In fact, it was because of his poor performance in his first go-kart race in the rain that the driver decided to improve his skills on wet track. As soon as the first drops of rain started to fall, Ayrton gathered his gear and took off to the Interlagos Go-Kart Circuit, which has since been renamed Kartódromo Ayrton Senna, in his honor.