Formula 1 before and after Senna 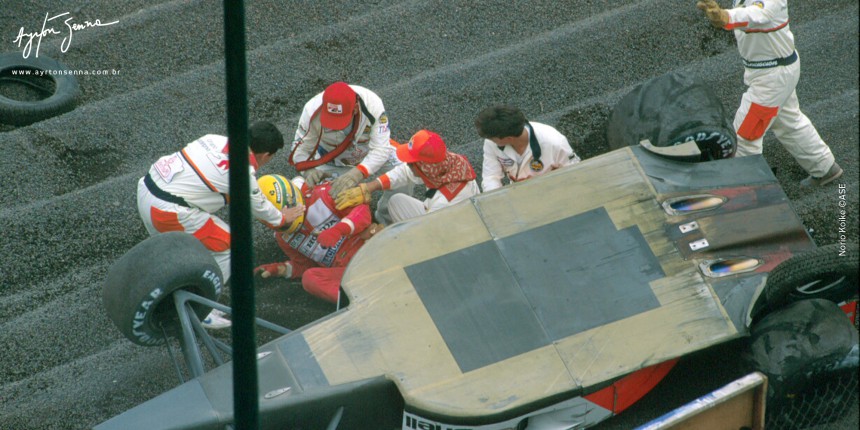 (DATA: FORIX)
The legacy of triumphs by Ayrton Senna raised the sport to another level. After 20 years, there are still records that have not been matched by new Formula 1 driversand current surveys still show that the driver is still considered to be the greatest of all time.

Among some of the enviable records are his 41 victories in Formula 1; the driver with the third most wins in its history. The 65 poles earned in a 10 year-long career were only surpassed in the 15th year of the career of the only driver to reach them, Michael Schumacher. Among the records still to be broken are the six consecutive victories in Monte Carlo which garnered him the nickname “The King of Monaco”.

Another hallmark of Ayrton Senna was his performance in the rain. Of his 41 victories, 13 were won on wet tracks, an area where he was considered unbeatable by his adversaries. He had shown what he could do in his first year of Formula 1 when he drove his restricted Toleman to the podium in Monaco under heavy rain conditions. The race was interrupted moments before Ayrton Senna passed the powerful McLaren of Alain Prost.
The following year in his first Formula 1 victory in the Portuguese Grand Prix, it was the same story: under heavy rain he secured the pole position, led from beginning to end and won just short of lapping the second place Michele Alboreto.
It was Ayrton Senna of the Rain who had the best first lap of all time. It happened at the European Grand Prix at Donington Park in 1993, when he started in fourth place on a wet track and finished the first lap in the lead; leaving behind Michael Schumacher, Damon Hill and Alain Prost – the last two with Williams that were much better than any of the other cars that year. He overcame the limitations of his McLaren to win yet another great victory
Ayrton Senna also left behind the idea of a safer category and much has been done since 1994: tracks have been re-designed, cars go through more rigorous tests and new rules have emerged to protect the safety of the drivers, the professionals involved and the fans.
Finally, Ayrton Senna transcended national limits of fame. Today he is remembered in all races with all types of tributes. These fans believe that there was a certain kind of Formula 1 before and a different type after his last race.
And there certainly was, without a doubt.