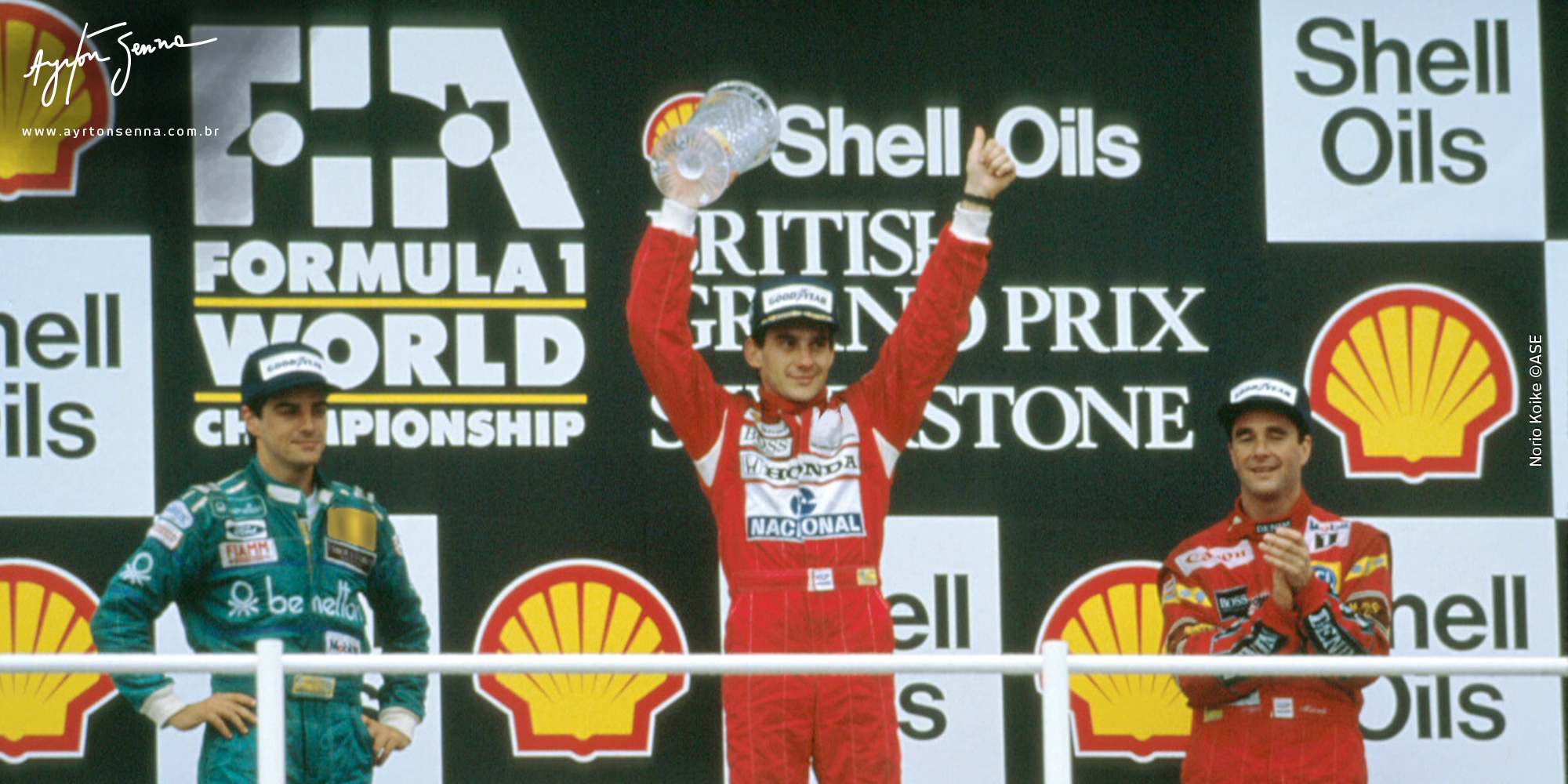 Ayrton Senna had his first race at Silverstone on June 21, 1981, when he competed in the Formula Ford 1660 Championship. The Brazilian driver wrapped up his debut at the circuit with a second place finish after an exciting duel in the last lap with rival Rick Morris, who overtook Senna in the final moments.

Starting in 1982, the British circuit saw the rise of a motor sports legend, who became used to winning there and broke record after record.  His first victory came on March 28, when Senna was nothing less than 17 seconds faster than the driver in second place (Colin Jack’s Reynard) in a race with just 15 laps.  That year, Senna had four races at Silverstone, and won all of them.

In 1983, in F3 – the stepping Stone to F1 – the Brazilian also made history on the track. Out of eight races there, Senna won six, finished one in second place and retired just once.

In F1, Senna raced eight times in Silverstone. He won once in 1988 and made the podium on three occasions (1987, 1988 and 1990). The British track is one of the most iconic in the category – it has hosted 50 GPs and is considered the birthplace of European motor sports.

Ayrton Senna Shop is a highlight at Silverstone

Senna takes a ride with Mansell