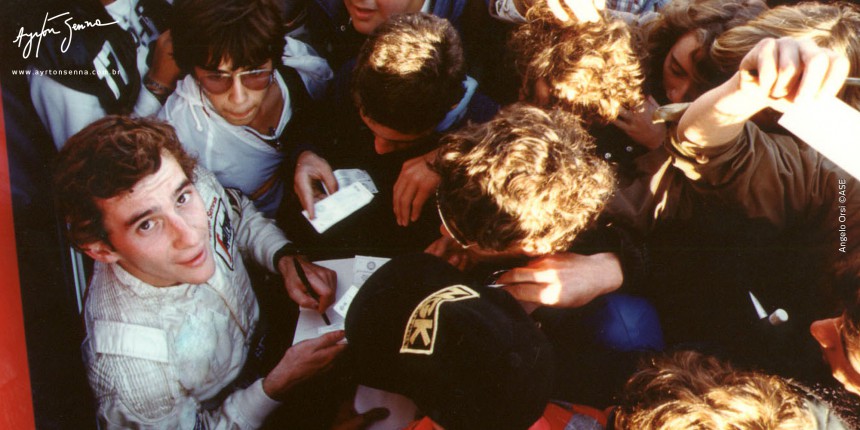 Ayrton Senna’s debut season at Formula 1 took place after he carried out tests with Williams, Brabham and McLaren teams, aside from Toleman, with whom Senna signed his first contract.

On December 10th, 1983, the Brazilian driver arrived in São Paulo, from London, with big news: the 23-year-old had signed his first contract with a team to compete in the 1984 F1 season. Still at the airport, he gave an interview already showing a lot of optimism for his debut year.

“It’s a good contract in every way, especially in regards to the competitive part. Toleman is a new team, but it’s part of a large group”, Ayrton claimed.
When asked about the tests for his debut, Ayrton confirmed the date: “They are scheduled for January 16th, in Jacarepaguá, along with the other teams. But maybe we’ll want to have some tests before that”, said an excited Senna.

When talking about his goals for the season, Senna was clear: “I want to climb on the podium, if possible”. He went far beyond that, stepping on the podium three times in a year.

Though a rookie, Ayrton Senna achieved his first point in the second Grand Prix (South Africa) and marveled the world with his fearless driving in Monaco, where he achieved his first podium finish and made the race’s fastest lap. He also finished among the top-three in Brands Hatch and Estoril, the year’s last race.

He wrapped up the season with 13 points, coming in ninth place, with a contract signed with Lotus, the team that would give him a car he could use to compete for wins the following year.