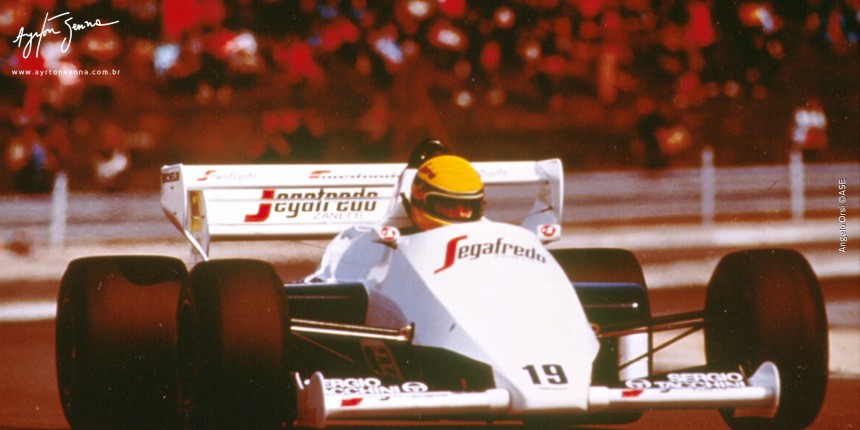 The French Grand Prix seemed to be a sort of regional party. The Renault turbo engines secured the first positions on the grid, both for official cars from the French manufacturer and for Lotus.

13th place for the start did not seem so bad to Ayrton Senna. The Brazilian driver still showed signs of optimism:

“My strategy will be spectacular. I am going to overtake them all and leave them behind.”

Afterwards, in a more serious tone, he pondered on the difficulties he would encounter during the race. Not only had his rivals faster cars, but his Toleman-Hart engine had frequently presented problems during the season.

“The only thing left for me to do now is the basics. Hold my start position and go as far as this car will take me.”

Doing simply the basics, Ayrton Senna managed to perform well in the race, when once again, a failure in the Hart engine on the 35th lap prevented him from completing. A shame: he was in a scoring position at the very moment he had to retire. 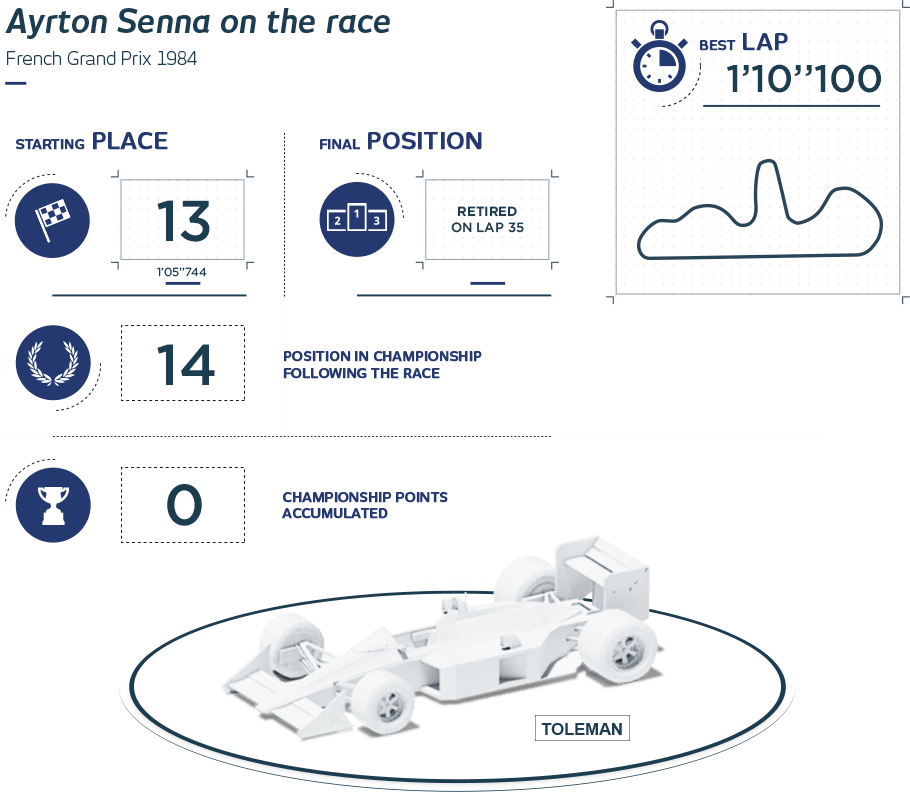