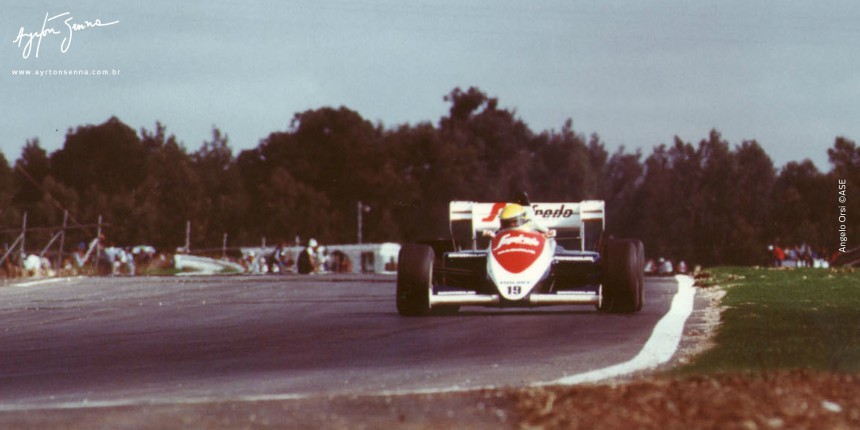 In the two weeks leading up to the Italian Grand Prix, Ayrton Senna’s presence at the race was uncertain. Since had already signed a contract with Lotus, Toleman decided to suspend the Brazilian driver for that race. The reason given to the press, facial nerve palsy, recounted still today as the reason for his absence at the race, would not have prevented him from participating. To replace Ayrton Senna, Toleman called on Italian driver, Pierluigi Martini. Martini, however, was not able to qualify for the race, scoring a time 9 seconds slower than the pole position. 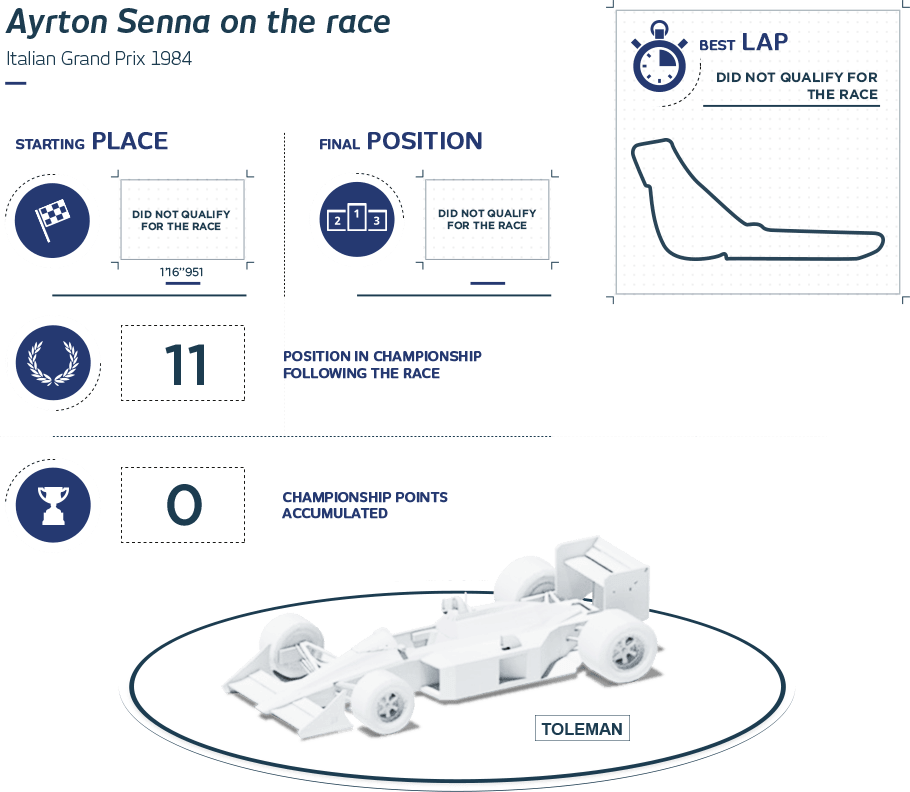