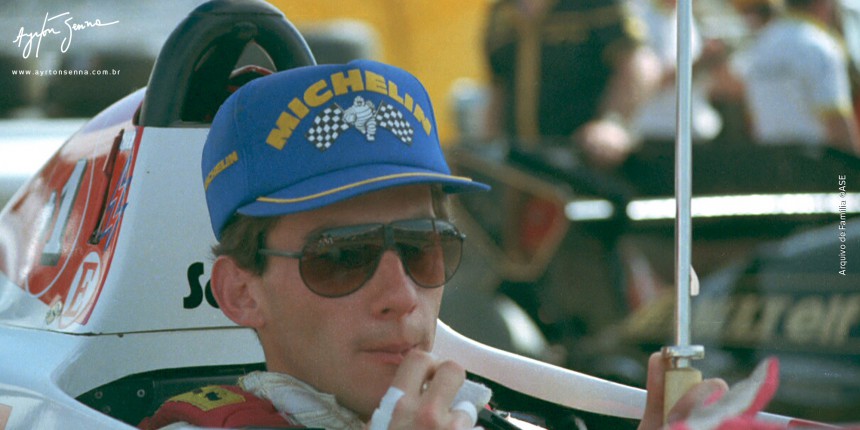 The challenges for Ayrton Senna in Detroit began with the qualifying sessions.

The struggle with his car and engine and the right set ups for the urban capital circuit was fierce. With less than eight minutes left to the end of the qualifying, Ayrton Senna was in 24th place, only ahead of Jonathan Palmer and Piercarlo Ghinzani.

He asked the engineer to set up the rear airfoil and he set out, desperately seeking the best placing. The change brought more speed and less stability.

On the third lap, the 1-42 sign was held up for him. Senna took a deep breath and returned to the boxes, relieved. He now had the 7th placing.

“Look, I made an appeal. I had them set up the rear wing to enable more aerodynamics and pass with more ease. I passed them scraping the walls, but it was worth it. I’m in the race now.”

And he was in it until the 21st of 63 laps, when he couldn’t get away from Phillipe Alliot and Stefan Bellof, who had squeezed him against the guard rail. A difficult end to the race, considering his boldness in the qualifying sessions. 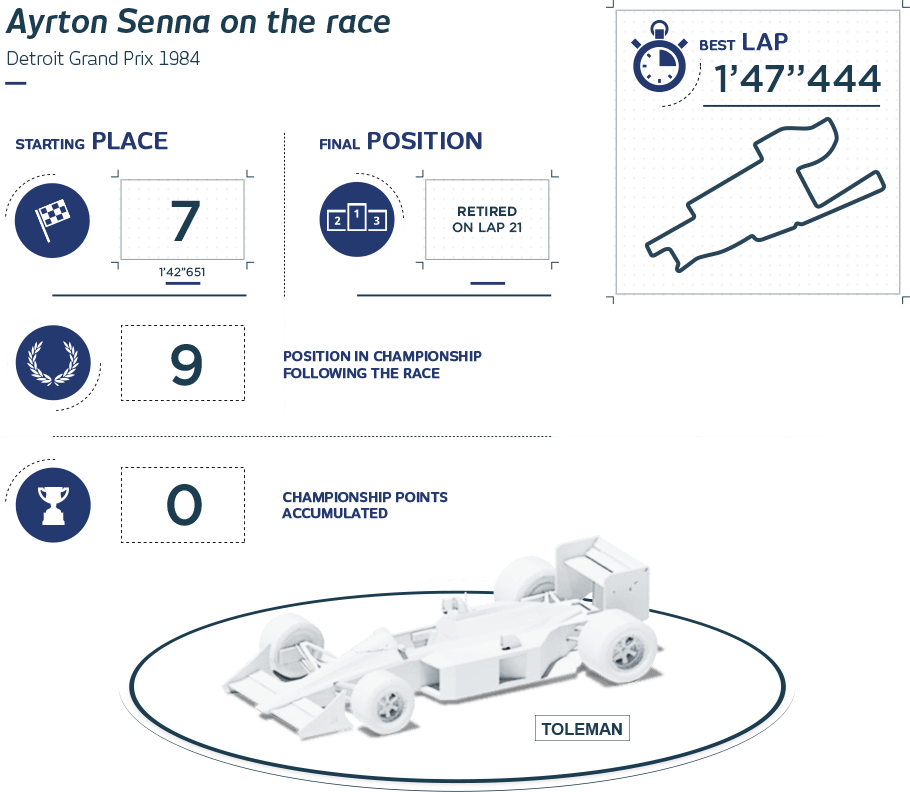