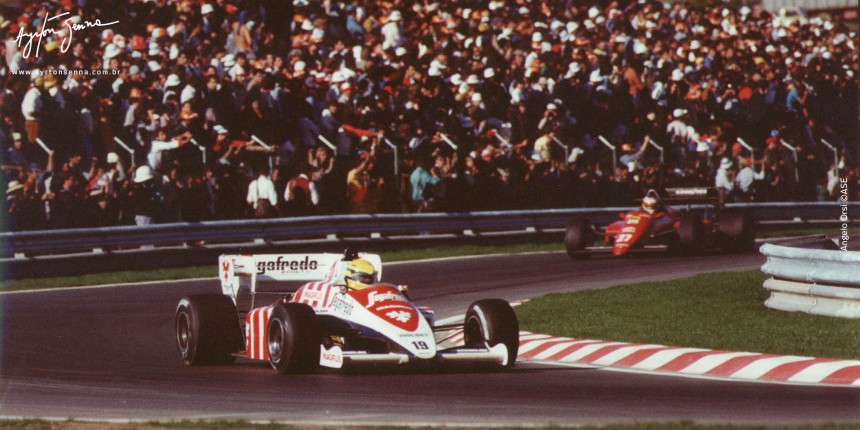 Ayrton Senna was already signed to Lotus and that weekend was his final obligation under Toleman. He, however, wanted to say goodbye in style. He wanted to close out this important journey he had with Toleman, his first Formula 1 team, with a flourish.

So, he worked hard during practice sessions to secure a good position at race start. He set up his car, went to the track, put it into high gear and surprisingly secured third place, only falling behind Nelson Piquet’s Brabham and Alain Prost’s McLaren.

In the race, he performed well again, passing Michele Alboreto (Ferrari) in a fight for third place in the final lap, closing out his story with Toleman with another podium.

At the end of the Grand Prix, Ayrton Senna received a touching homage from his team’s mechanics, in the form of a prophetic poster: “Toleman will never be the same without Senna.”

The 13 points that Ayrton Senna had scored for the team in 1984 were half of the total scored by Toleman since it had participated in Formula 1, between 1981 and 1985.

In 1985, the team was sold and renamed Benetton. Then Ayrton Senna began to shine on his new team, giving them their first wins in the Formula 1.