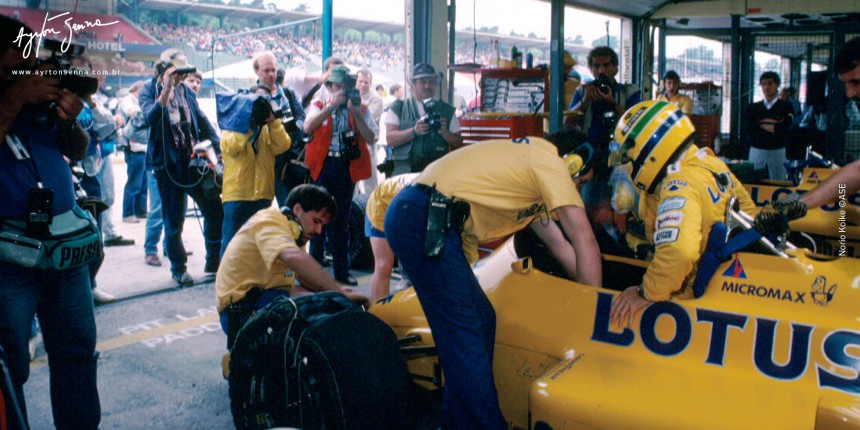 Senna celebrated his time, knowing that the conditions for a good race depended on the set ups made to the fastest cars of the season.

“I can only win if the Williams cars have problems, because they are almost a second faster per lap.”

He was right. He stayed as close as he could to the Williams duo until the 25th of 44 laps. He secured the second position due to Mansell’s car trouble. But, in the end, he relinquished the second position to Stefan Johansson (Ferrari), once his Lotus began to have serious brake problems.

Ayrton Senna stepped onto the podium just as had been predicted: in third and one lap from the winner. This time, the winner was Nelson Piquet.

What did he say after the race
“At five laps to the end, I had problems with the car and could have retired from the race, but I decided to continue on. After finishing, the car was destroyed inside.” 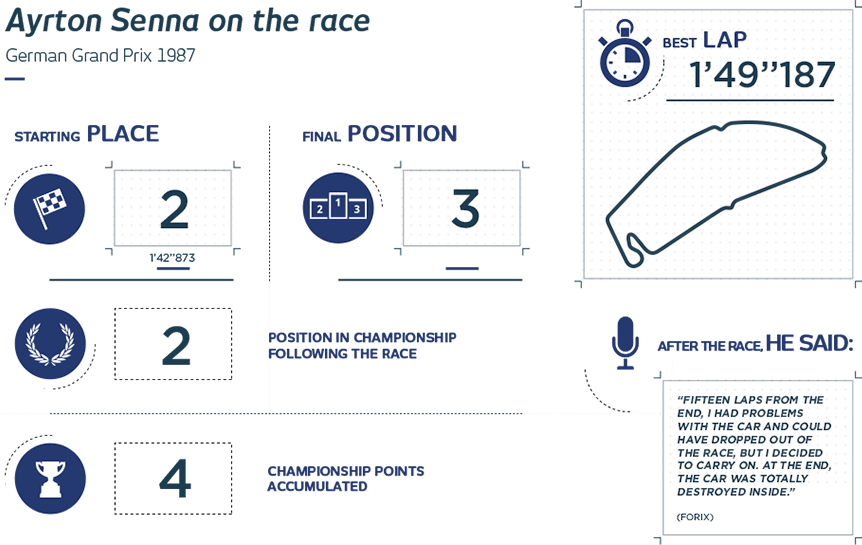