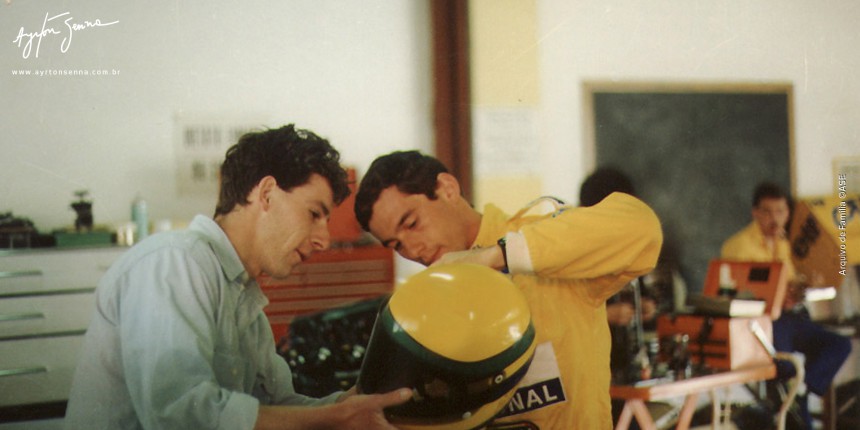 Ayrton Senna was still weak from a cold when he arrived for the Grand Prix in Belgium. Even so, he took part in all practice and qualifying sessions.

He almost forgot about his fever as he found himself only 49 thousandths of a second behind the front row of Williams cars, which were driven by Nigel Mansell and Nelson Piquet who had dominated the qualifying.

It was a demonstration of the competitiveness of the Honda engine, being used by the race’s three leading drivers.

On Sunday, Ayrton Senna took some medicine and tried to rest.

Despite having rested, he left for the race feeling out of shape. Even with a good starting, in which he battled for a better position, driving between Gerhard Berger (Ferrari) and Piquet, he didn’t even manage to complete one lap.

Senna braked quite deep into the Le Combes corner, slid and was unable to maintain control when on the Malmedy corner. It was the end of the race for him. On his brief participation in the Grand Prix, the Brazilian driver sighed:

“The car reacted very strangely. It suddenly went out of control. Now I’m going home to try to cure this cold.”

What did he say after the race
“The car reacted very strangely. It suddenly went out of control. Now I’m going home to try to cure this cold.” 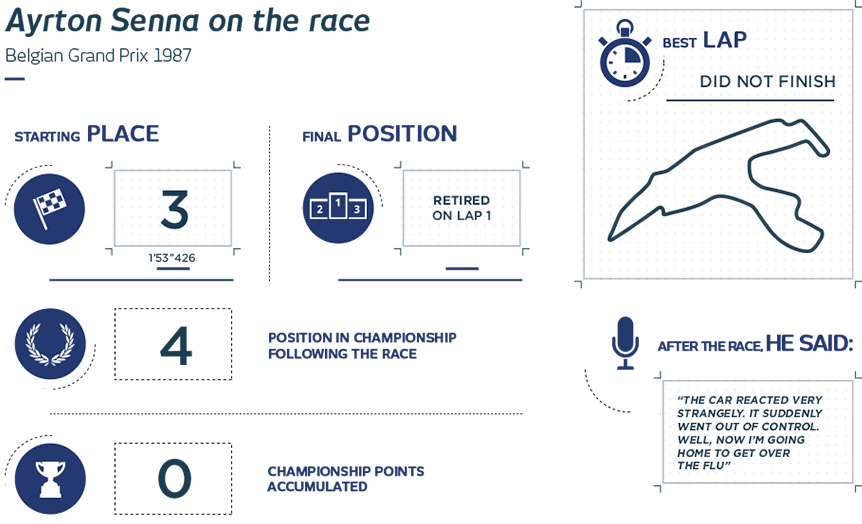