Senna continued to fight to be among the first on the grid and the race, but he knew it would be hard to keep up with Williams and started to focus on the developments of other teams like McLaren and Ferrari.

He secured the third fastest time through determination and stubbornness. He would have to work hard to achieve a good placement in the race. At the French Grand Prix, Lotus performed well on the straights, like the half-mile (980 m) long Mistral, but on the numerous low speed corners on the Paul Ricard Circuit, it didn’t have the same re-acceleration as the other top cars.

He tried to secure the third position, opposing Alain Prost. On the second to last lap, however, his car lost hydraulic pressure and Senna had to ease up in order to maintain the fourth position behind Nigel Mansell, Nelson Piquet (Williams) and Alain Prost (McLaren), one lap behind the winner.

After the race, Senna and half the Lotus team remained at Paul Ricard to test the new active suspension that would debut at the Italian Grand Prix. They were hopeful that they would once again be able to keep up with the competition.

What did he say after the race
“I had to drive the best I could, but even so I was slow because the car hadn’t been set up as well as it could have been.” 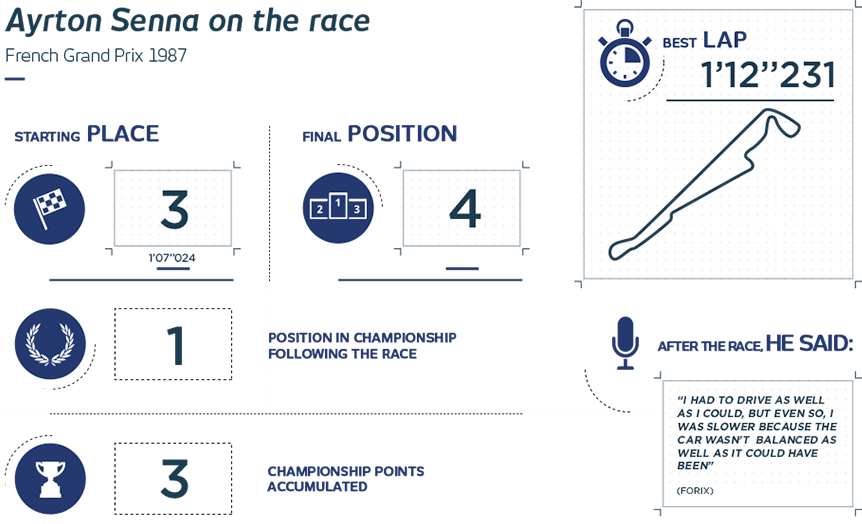