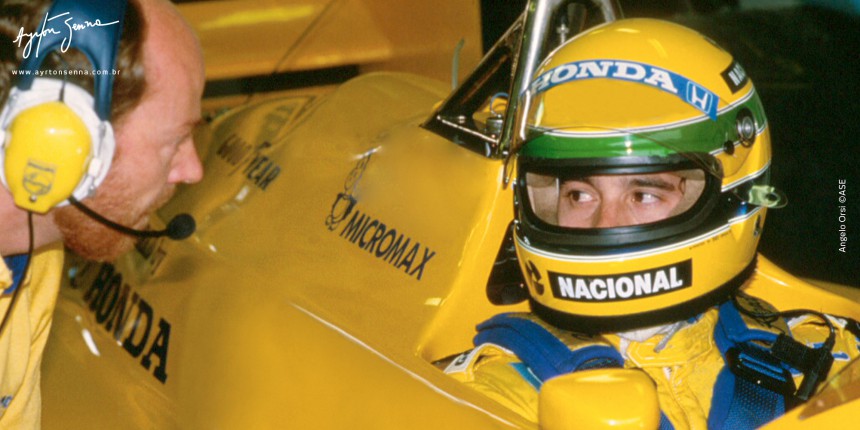 Ayrton Senna did not make this public, but he was disgusted with his Lotus. It had a good engine, however, the team no longer invested in the car. It was losing it’s competitive edge and the proof of this regression was the fifth placing on the starting grid in Estoril.

Gerhard Berger was ecstatic, with his first pole position of his career, achieved with the help of his Ferrari in full force. Senna congratulated him personally.

When the green light was lit for the start of the Portuguese Grand Prix, the Brazilian driver set out for the best spot, but with a mediocre performance from his car, he finished in seventh, two laps behind the winner, Alain Prost (McLaren).

Irritated at the events of the entire weekend, he half smiled when he was asked if he had signed a contract with McLaren for 1988. He replied vaguely:

“You are wishing me a Merry Christmas in September.”

What did he say after the race
“You are wishing me a Merry Christmas in September.” (on a possible move to McLaren) 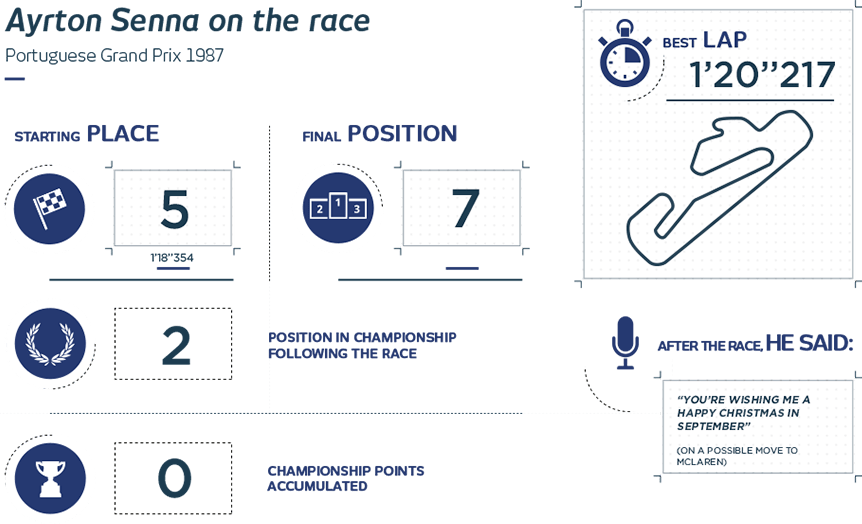