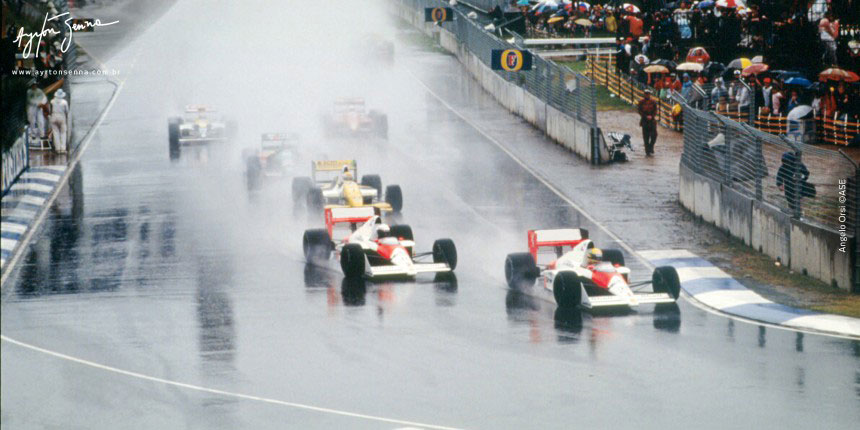 The final race of the season took place under a major storm, which caused accidents as well as surprises on the podium.

In qualifying, nonetheless, the script was the same: Ayrton Senna won another pole position and Alain Prost came in second.

During the race, Senna started off well and had a healthy lead, but a five car collision on the second lap caused a restart.

It rained so hard that Alain Prost – already champion – refused to start again.

The rain and visibility conditions were difficult, even for more experienced drivers like Ayrton Senna, who skidded and crashed on the 13th lap.

The race was called at lap 70 of 81. The Belgian driver, Tierry Boutsen (Williams) was the winner in the Grand Prix in which only eight cars had finished.

What did he say after the race
“I couldn’t see anything until I hit Martin Brundle. First I felt the impact, then I saw Brabham" 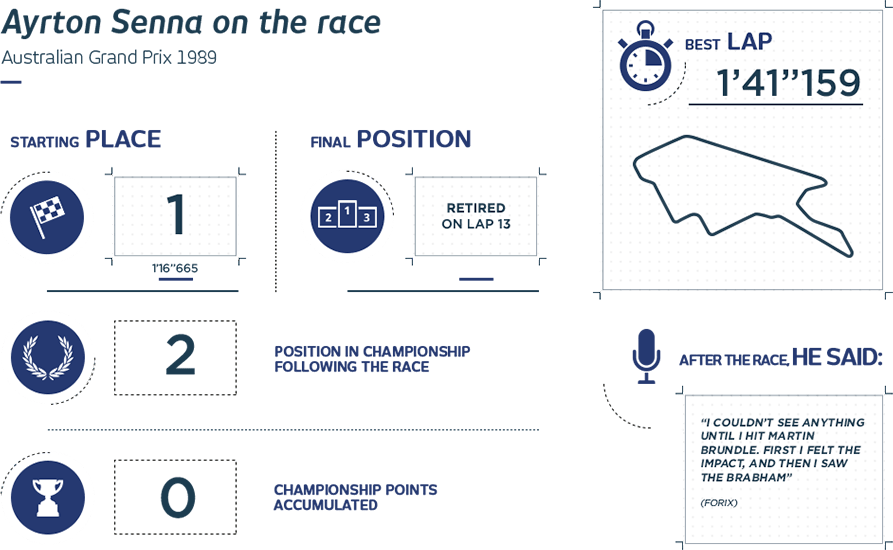