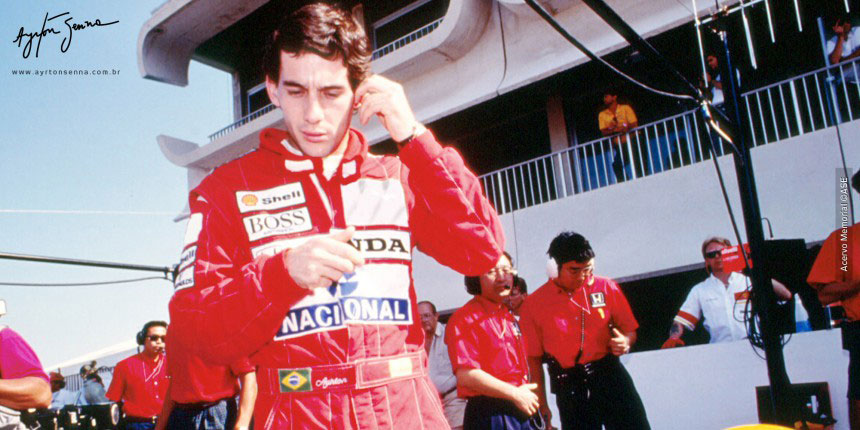 The rivalry between Senna and Prost became more heated with each race. At the French Grand Prix, one small detail could make all the difference.

In the fight for pole position in qualifying, Prost came out in the lead, in his “home” race, with a difference of 25 thousandths of a second.

When the race began, Senna came out in the lead. However, an accident involving Maurício Gugelmin (March) and five other cars interrupted the race.

On the restart, Senna’s McLaren broke down after going 50 meters (164 ft). At the end of the race, Alain Prost won with little difficulty.

But the day was also good for Senna: his friend Maurício Gugelmin, with whom he shared a house in Esher, England, had set, for the first and last time in his career, the best lap of the race.

What did he say after the race
“One of the shortest races in my entire career.” 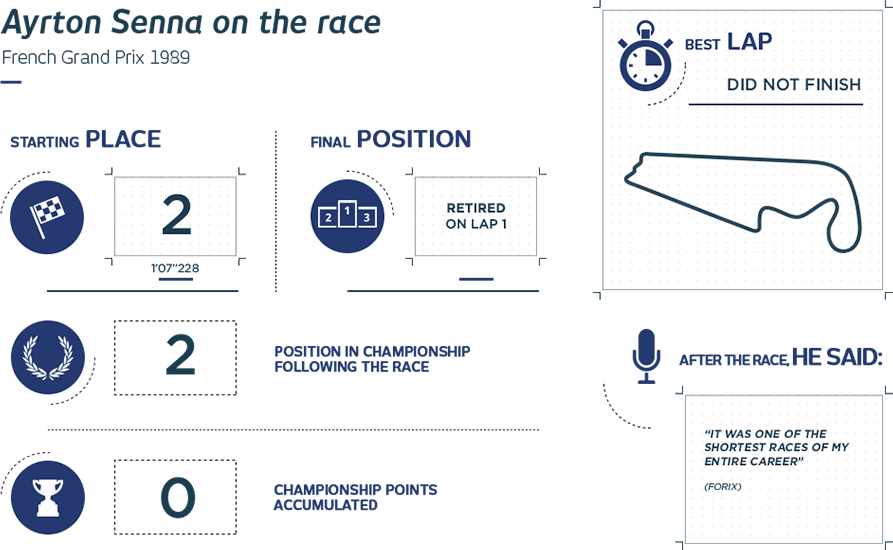