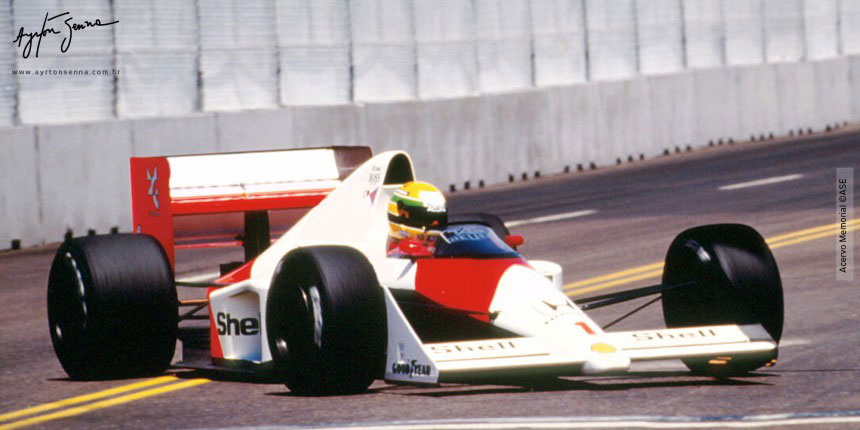 After three consecutive wins that year, without giving the slightest chance to his rivals, Ayrton Senna arrived at the Grand Prix in the US very close to consolidating a path to the second world title, even though he was still in the beginning of the season. How could the others close this gap?

A gap that had grown wider during the qualifying sessions. The Brazilian driver won pole position more than one second ahead of Prost, second placed.

The race began and Ayrton Senna led with ease. At 1:16.46, on lap 44 of 75, he entered the boxes with blue smoke coming out from under the hood of his McLaren. It was an engine problem which robbed him of a fourth consecutive victory.

For the other drivers, this was very good. High-ranking Formula 1 officials in the VIP box rejoiced, his rivals grinned widely, the crowd cheered and not even McLaren showed the slightest sign of disappointment.

The championship was once again open. The competition would go up to the final races. Victory in Phoenix fell into Prost’s lap, who breathed a sigh of relief with a renewed chance to compete for the title.

Senna only left the circuit four hours after the podium. He had been with the Honda engineers all that time, discussing the unexpected engine failure.

What did he say after the race
“I had a comfortable lead when the engine began to fail.” 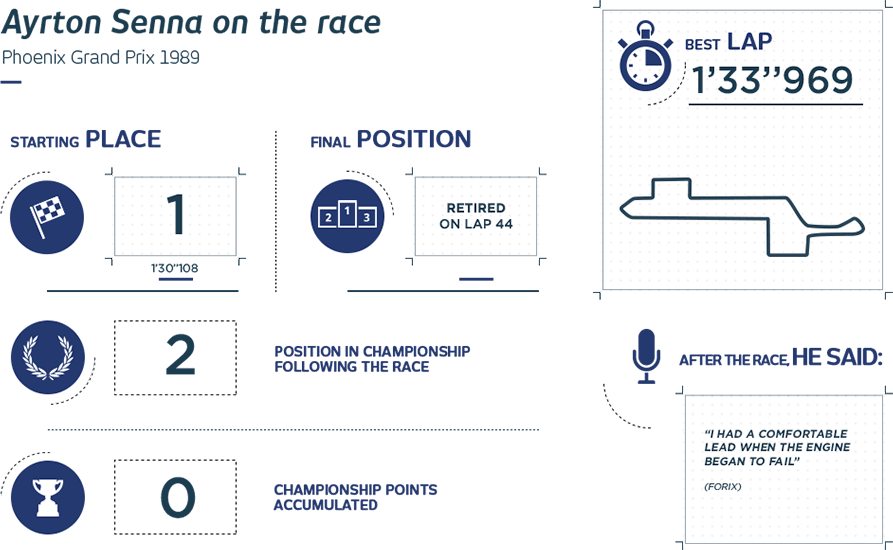