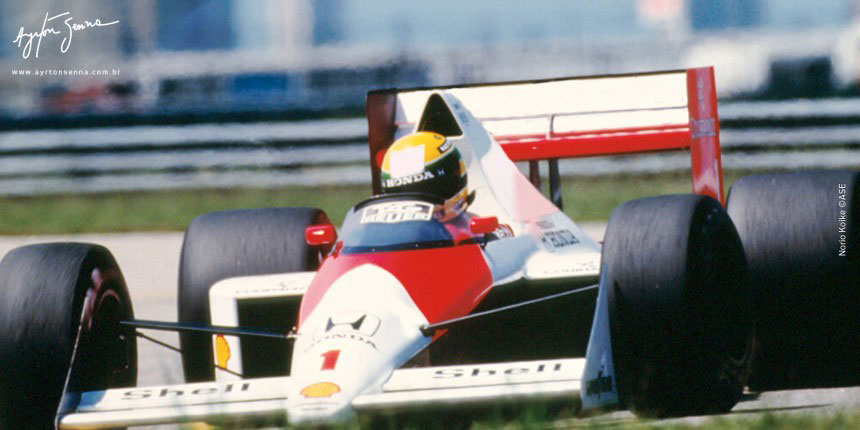 To secure his first “home” win, Ayrton Senna knew exactly what car he would need in order to race well on the Jacarepaguá circuit in Rio de Janeiro:

“Aside from speed, it has to be balanced and durable, because the course is demanding and the heat is wearing.”

Searching for the best set up for his McLaren, and bringing with him a drivers’ world title won the season before, Senna accelerated in qualifying sessions and won the 30th pole position of his career.

During the race, he started off poorly and got caught on the first corner with Riccardo Patrese (Williams), second on the grid, and Gerhard Berger (Ferrari), third.

The track narrowed. Patrese blocked Senna, who then crashed into Berger. The Austrian driver, even with two wheels in the grass, maintained his course.

Result: Patrese escaped injury, Berger’s Ferrari was destroyed and Senna, aside from having lost his spoiler, managed to get to the boxes to repair his McLaren and return to the track.

Not involved in the accident, Nigel Mansell was the king of the castle. He won the season’s first race. It was also his first race with Ferrari. Maurício Gugelmin (March) came in third, receiving the award for his first and last Formula 1 podium.

Though affected by the confusion on the first corner, Senna still managed to make up a lap and finish in 11th, two laps behind the winner. It was a shame, because the set up for his McLaren had been truly impeccable:
“It was a shame to have crashed, because the car was good. It’s competitive and tough. I think we can prove this in San Marino.”

What did he say after the race
“It was a shame to have crashed; the car was good. It’s competitive and tough. I think we can prove this in San Marino.” 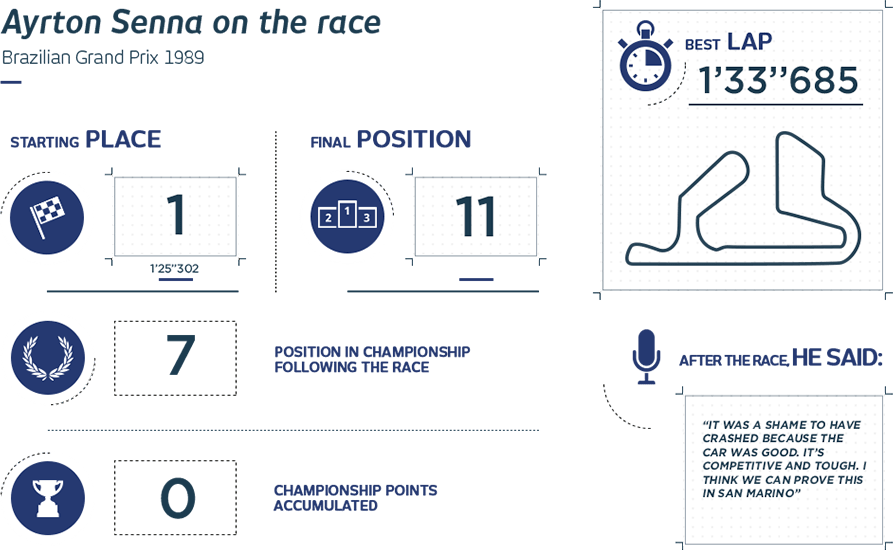