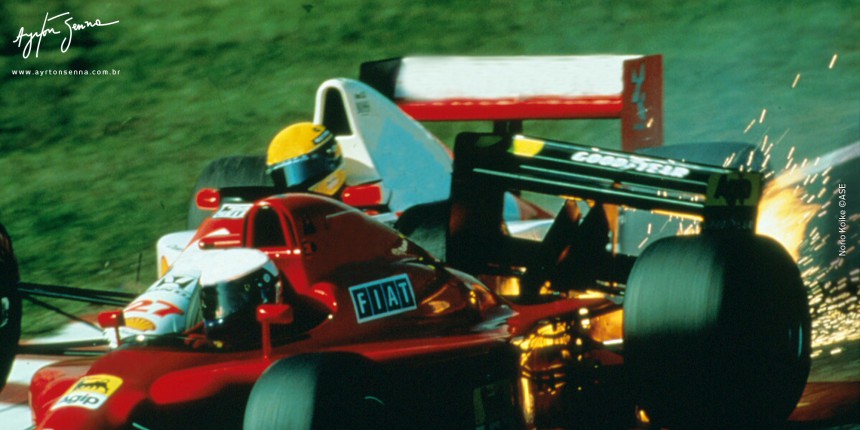 At the start of the year, all the signs pointed to a good a great season for Ayrton Senna. Previously, the Brazilian had never won the first race of a championship. But, in Phoenix (USA), Ayrton changed that.

In an impeccable season, Ayrton Senna won his second world title, turning a page on the bothersome ending of the previous season, when an accident with Alain Prost decided the championship in favor of the Frenchman.

Once again, his biggest rival would be Prost. The previous year1s champion was now at Ferrari, clearing the way for Gerhard Berger to become Senna’s teammate at McLaren. Unlike what had happened with the Frenchman, the relationship between the Brazilian and the Austrian had a completely friendly relationship, both on and off the track.

After the first race, Prost won at Interlagos, postponing Senna’s dream of winning at home. In the season’s fourth race, he won in Monaco – it was his third win in the Principality and his second in a row. Over the following years, he would prove once and for all that he was the best ever to race in those narrow streets.

Two weekends later, a big win at Montreal, with Nelson Piquet in second place, on the same day Brazil was debuting in the Soccer World Cup. The hard times were coming next. Prost won three races in a row (Mexico, France and England) and shot to the top of the standings, two points ahead of the Brazilian – who tallied 100 races in F1 at the Mexican Grand Prix. Despite the round number, Ayrton had no reason to celebrate. His rear right tire blew up when he was leading the race, just nine laps away from the finish line.

Ayrton’s reaction would start in Hockenheim, Germany. As important as his victory was his rival’s fourth-place finish. Senna’s advantage only got bigger in the next few races: he finished second in Hungary, where Prost didn`t score. In Belgium and Italy, both traditional F1 venues, the McLaren driver won, followed closely by Prost`s Ferrari.

In September, as championship drew to a close, Senna managed another good result: second place in Estoril, one spot ahead of Prost. With three races left in the season, the Brazilian led 78 to 60 points.

Aware that his last chance of remaining in contention was in Spain, Prost lucked out in Jerez. Ayrton scored the 50th pole position in his career and led until lap 53, when he had to retire due to a radiator issue, meaning the Frenchman walked away with ten more points.

Curiously, the 1990 championship would be decided much in the same way – and in the same place – as the previous season. Senna and Prost became entangled in Suzuka`s first corner, and ended up in the sand. This time, the Brazilian was ahead in the standings.

His 78 points – after 6 wins, 10 pole positions and two fastest laps – were enough to make him the new world-champion. His second title showed that Senna had matured as a driver and a champion. In 1990, the Brazilian took fewer risks and drove not only to be the fastest, but also to show his adversaries that he could be smart when fighting for positions.