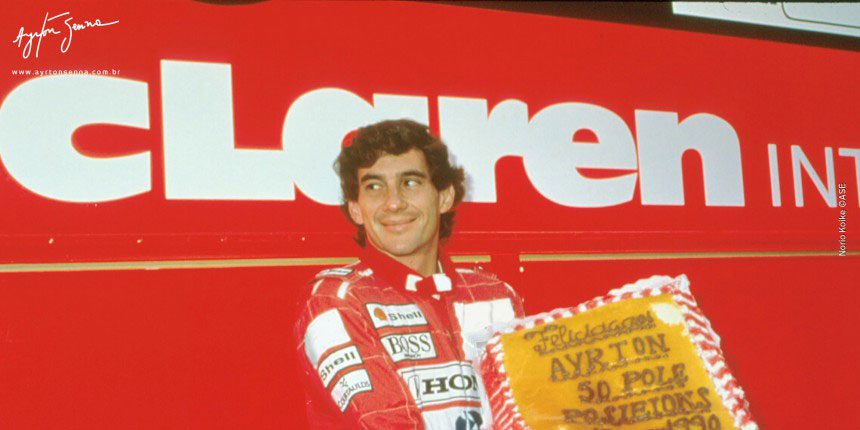 After finishing in second place at the Portuguese Grand Prix, Senna could become world champion in Spain, one week later. The Brazilian had 78 points overall, 18 more than Alain Prost. The only races remaining in the 1990 season were Jerez, Suzuka and Adelaide. Senna just needed a win in any of those tracks to take the title.

Even with the prospect of seeing Senna becoming champion, the Spanish public wasn’t as crazy for auto racing as it is today. The nation’s obsession, when it came to motor sports, was motorcycle racing. Maybe that’s why just 15 thousand people showed up on what would turn out to be Jerez’s farewell – the Spanish GP was never held there again, mainly due to the Barcelona-Catalunya circuit’s success, where the race takes place today.

The practice sessions for the Spanish Grand Prix were marked by a terrible accident involving Martin Donnely early on Friday. His Lotus disintegrated and cameras showed the driver lying in the middle of the track.

Ayrton Senna was extremely upset with the scene and ran to help with the driver’s rescue. He returned to the pits hiding his tears. Donnely survived but would never race again after the accident.

Even though he was shaken, Ayrton Senna went back to the track and secured his 50th pole position in F1. His time of 1min18s387, better than Prost’s, was enthusiastically celebrated by McLaren – the team even made a cake for Ayrton, to mark the track’s best lap ever.

The starting grid’s second row was made up of Nigel Mansell, also from Ferrari, and jean Alesi, from Tyrell. Berger, Ayrton’s teammate, would be starting in fifth place.

At the start, knowing he had to win, Prost applied pressure, but Senna kept the lead. Mansell was in third. Alesi ended up on the gravel trap and Berger jumped to fourth place.

Prost spent the 20 initial laps on Senna’s heels. Ferrari had a faster car at that point of the race, but Ayrton wasn’t willing to be overtaken. Mansell followed the action pretty closely, just one second behind Prost.

The Britton was the first of them to make a pit stop. Prost made his on the 25th lap and Senna stopped in the following lap. The Frenchman’s pit stop was quicker, and the Ferrari driver came back in the lead. When Ayrton came back he was side by side with Mansell, but the Britton didn’t offer any ressitance.

The race’s leader, by then, was nelson Piquet, who had started in eighth place and hadn’t change tires. Driving an unstable Benetton, Piquet ended up sliding out– and bringing a lot of gravel to the track on his return. That happened right in front of both Prost and Senna, who had the bad luck of ending up with several pebbles in his radiator when passing Piquet.

Prost was leaving Senna behind, gaining more than a second per lap, the Brazilian’s McLaren was overheating, which caused Ayrton to retire from the race on lap 57, when he was in sixth place and had even made another pit stop in an attempt to solve the problem.

Nelson Piquet had battery issues and retired three laps before Senna. Berger also didn’t make it to the end. The Austrian crashed with Thierry Boutsen, when he was fighting with William’s Belgian driver for the third place.

The final result was a Ferrari one-two, with Alain Prost and Nigel Mansell. Alessandro Nannini, who had started in ninth place, finished the race in third. It was the Italian driver’s last F1 race, since he had a helicopter accident on the following week and lost an arm. The tragedy paved the way for Roberto Pupo Moreno’s Benetton debut at the Japanese GP, where the 1990 world title would be decided.

Wit Alain Prost cutting Senna’s advantage down from 18 to 9 points, the road to the title was wide open, and the race in Suzuka was just three weeks away.

What did he say after the race
“This was the worst situation possible for a championship title fight.” 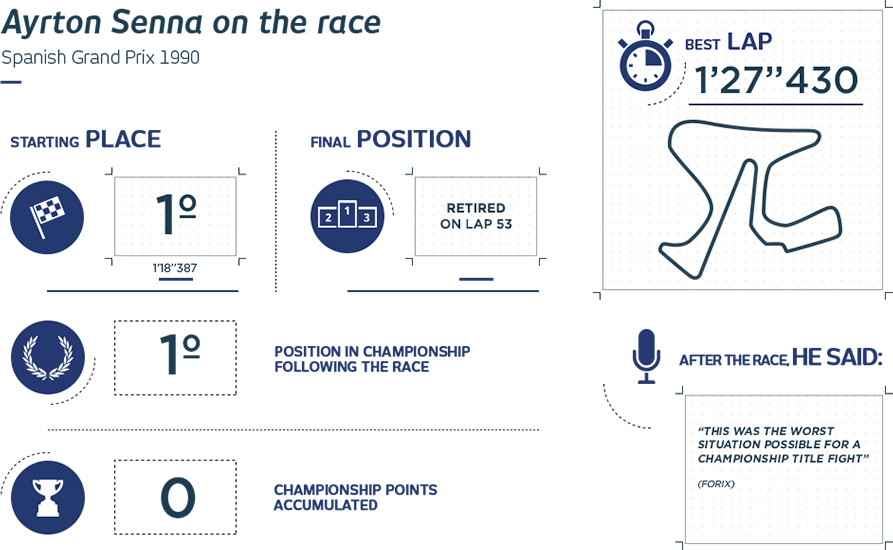