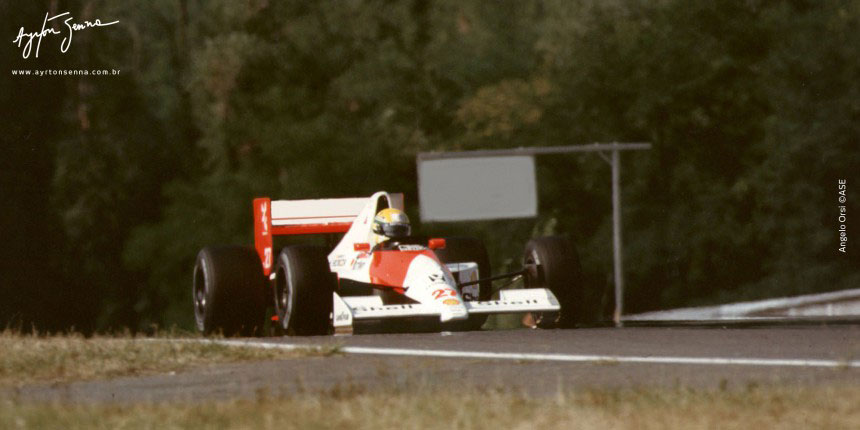 If Ayrton Senna did not have a chance to win the Hungarian Grand Prix, he could at least watch the incredible performance of one of his few friends among the Formula 1 drivers, the Belgian Thierry Boutsen (Williams).

At the end of an inspired week, he did his first and only pole position in all of the 163 Grands Prix he competed in.

Ayrton Senna was unable to do better that fourth place, behind the Williams cars and his teammate Gerhard Berger. After qualifying, he made a point of congratulating Boutsen.

During the race, favored by the Hungarian course where passing was more difficult, Boutsen was victorious, finishing the weekend with a flourish.

Ayrton Senna had a good race and finished in second after some spectacular fights for position with Riccardo Patrese (Williams), Nigel Mansell (Ferrari) and Alessandro Nannini (Benetton). Completing the podium was his countryman, Nelson Piquet. 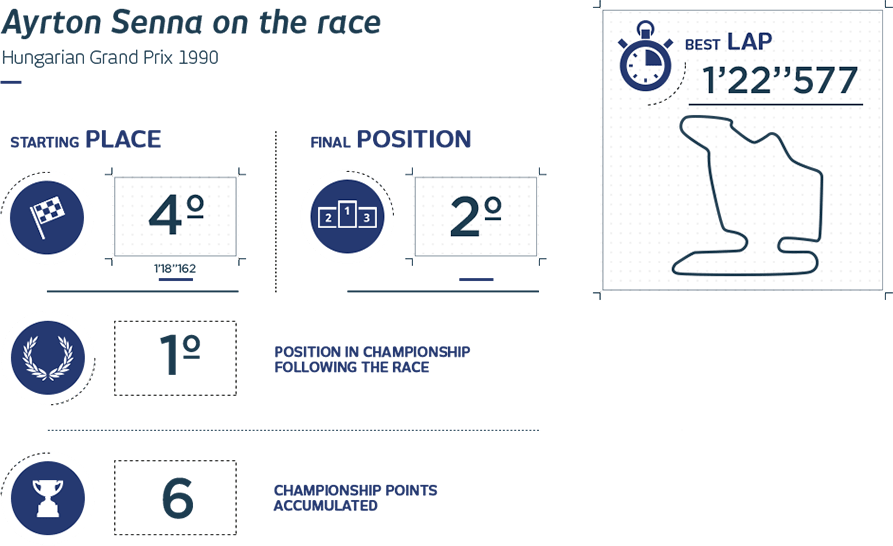