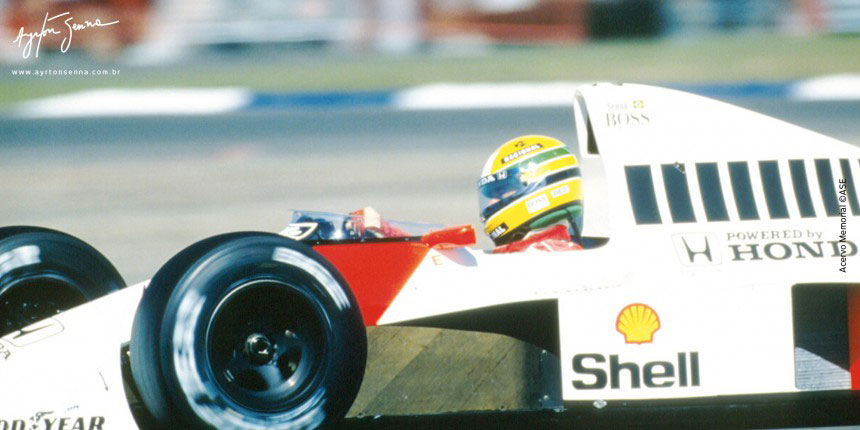 In yet another European Grand Prix season, the strengths of Ferrari and McLaren were balanced in each curve. It was difficult to predict who would come out victorious at Silverstone.

The three leaders fought to win the race. Mansell was the first to lead the race for 25 laps and then Berger led for six, and then Ayrton Senna, following a tire change, took the final lead for eleven laps, opening a nine-second advantage over Alain Prost, now in second place.

Ayrton had the race under control until he hit an oil patch and spun. He recovered but was passed by Prost and Boutsen, finishing in third.

After the race, visibly disappointed, when asked if it had been a victory of patience, he responded:

“No, I think that it was Alain Prost’s”

What did he say after the race
“No, I think that (the win) went to Alain Prost.” (when asked if it had been a “victory of patience”) 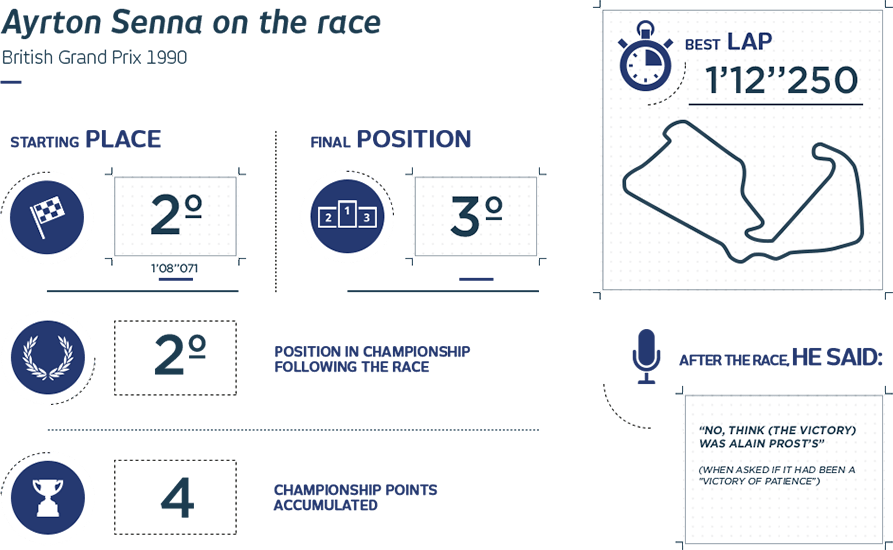