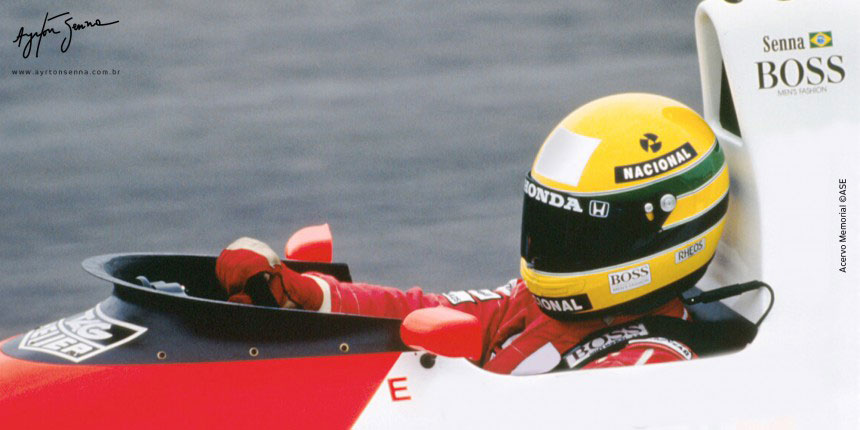 The season was reaching its end with Ayrton Senna and Alain Prost in the race for the driver’s title. But it was Nigel Mansell who seemed to be enjoying the races. The Englishman from Ferrari seemed to get a certain pleasure from foiling the plans of his French team mate, who he had dueled with during the entire season. Whenever he could be a nuisance to Ayrton Senna, he also knew that he was upsetting Ron Dennis who he also didn’t get along with. In Portugal, Mansell killed two birds with one stone. He did the pole and made Prost and Senna start behind. During the race, he led for 12 laps until he was passed by the Brazilian. He chased the Mclaren driver for 46 laps and after a stop and re-start in the 61st lap, he regained the lead and won. Ayrton Senna was second and Prost, third. Of course the post-race press conference focused on the rivalry. Regarding this issue, Ayrton Senna said:

“The race that he competed was already won. And today’s was in my honor”

No one understood. Only afterwards did everyone learn that Ayrton Senna had turned down an invitation from Williams to race for the English team in 1991 and opened the door for Mansell to return to the team.

What did he say after the race
“The race that he (Nigel Mansell) was battling for had already been won. Today’s race was in my honor.” (letting it slip that his refusal to race for Williams had benefited the English driver) 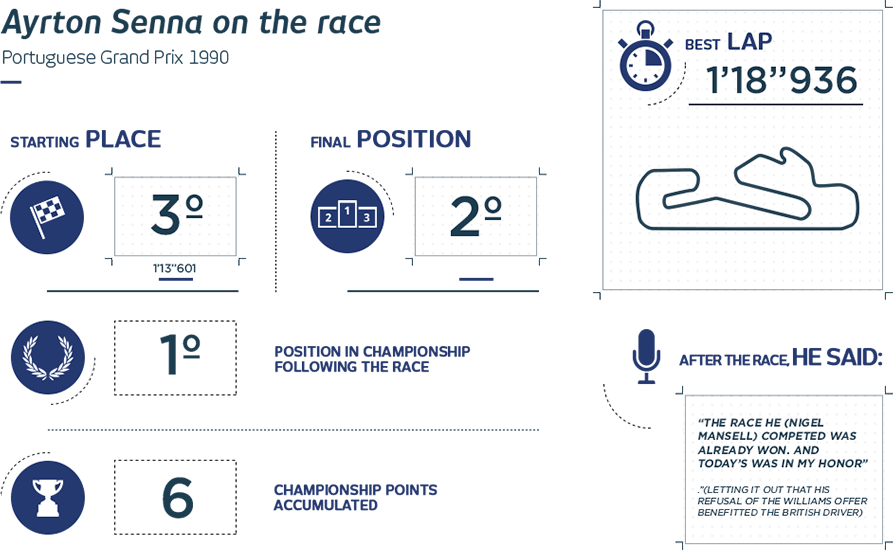