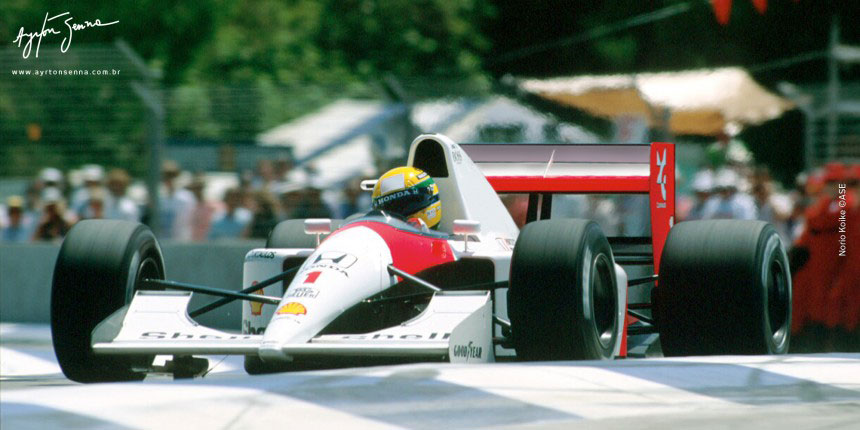 Ayrton Senna was already world champion, but he wasn’t interested in just parading around the Adelaide circuit. He won the pole position in the qualifying sessions. It was the 60th pole position in his career. Gerhard Berger, his teammate, joined him in the first row, three tenths of a second behind him. The vice-champion, Nigel Mansell, started in third. Patrese, driving the other Williams, was in the fourth position.

Ayrton had an extra challenge, in the race (besides winning, of course): helping McLaren win the constructors championship, then led by Williams , 11 points ahead. Each point would count, in Adelaide.

“I didn’t come here to commemorate my third championship win, I came here to do my best. The season only ends after this Grand Prix.”

A seemingly quiet weekend – since the drivers’ championship had been decided a week earlier – was rocked by hot news behind the scenes. Alain Prost had left Ferrari even before the Australian Grand Prix. Gianni Morbidelli, the Italian team’s test-driver, took the Frenchman’s place, who was planning to take a year off in 1992.

On Sunday, however, nothing about what happened on the streets of Adelaide was quiet. The race started under a lot of water. The rain was so hard that the drivers had to perform miracles to keep their cars on the track.

Obviously Senna, “The Rain Master”, as they called him in an Adelaide newspaper, maintained control right from the start. Mansell kept close to Ayrton during the whole race. The world champions drove through straights and corner passing debris and crashed cars that hadn’t been taken off the track, something almost unthinkable nowadays, considering the security standards adopted by Formula One since then. Ricardo Patrese, for instance, actually dragged a broken wing from another car under his Williams, at one point!

In the sixth lap, Benneton’s Michael Schumacher, who debuted that year, crashed into Jean Alesi, in an accident that also involved Nicola Larini and Pierluigi Martini.

Ayrton was the sole leader during the sixteen laps of the race. Mansell ended up hitting a wall. Berger spun out twice in the same lap.
Brazilian Mauricio Gugelmin hit the pit-lane wall and was close to causing a serious accident, almost hitting two marshals. Senna, while speeding along the pit-lane straight, signaled for the suspension of the race. At the end of the next lap, the race was stopped. It was, in fact, impossible to drive an F1 car under those conditions – as the King of the Rain himself made clear.

With no agreement regarding a restart, classification was calculated up to the 14th lap, and half the points were attributed to drivers and cars. It’s considered the shortest race in the category’s history. It was scheduled for 81 scheduled laps.

“The biggest mistake we made was starting the race”, said Senna after the race.

Ayrton Senna, three-time champion, finished the 1991 season with seven wins, 12 podiums and 96 points. It was his 33rd F1 win, resulting in another constructors’ championship title for McLaren. 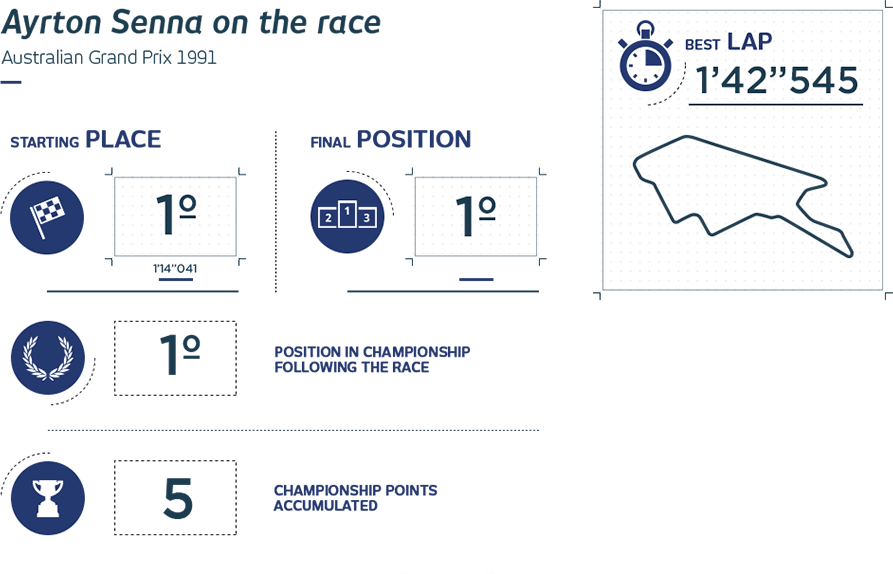