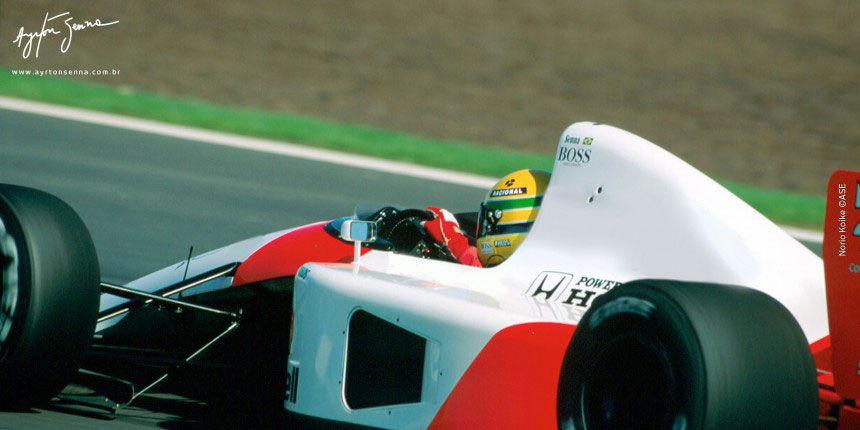 It was past 10pm when Ayrton Senna left the McLaren trailer on Friday.

He was there that day to figure out, together with the technicians, the best tactic for winning the final European Grand Prix of that year.

On Saturday, he saw Gerhard Berger, his teammate, win pole position. Senna would start in third and already had an idea of what he would do.

He decided to ruffle Nigel Mansell’s (his main adversary for the title) feathers.

During the time in which the track was wet, his plan worked. Ayrton Senna positioned himself in second after the start and allowed Berger to get ahead of him. After changing to slick tires, Senna led for a while, but once again let his teammate pass him, and was left with the responsibility of holding Mansell back.

He closed off Mansell for 31 laps, in a spectacular battle scene, but spun out and lost his position. And Mansell, relishing in the superiority of his Williams, managed to cross the finish line in first. He had won the Spanish Grand Prix.

Senna finished in fifth, and scored two more points for the title decision in Japan. 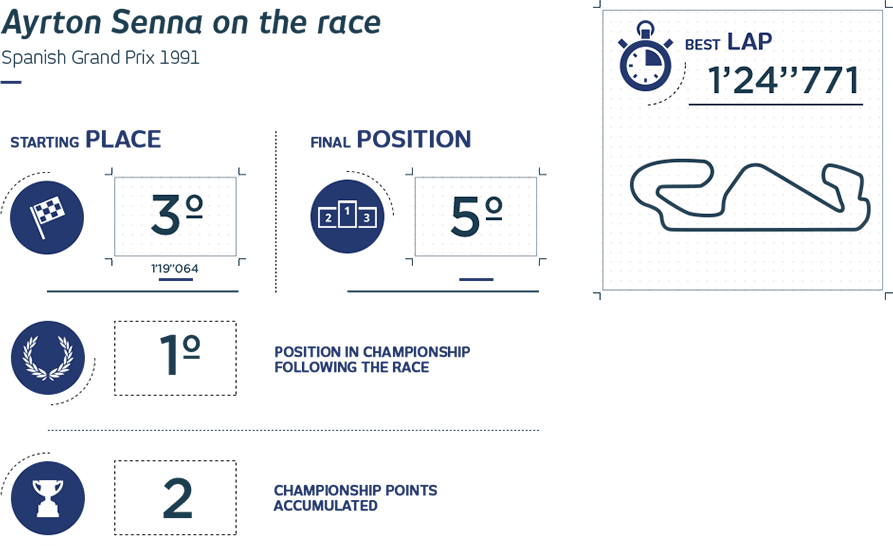