Ayrton Senna had a piece of paper folded four times which was slipping through his fingers while he talked to Brazilian journalists. He spoke in general about the race, but did not reveal the tire tactic and acknowledged Williams’ superiority. But he didn’t stop fussing with the paper.

He left for qualifying and won pole position. Once again, he would start out in front in Italy.

During the race, Ayrton Senna maintained the lead after start, seriously pressured by Nigel Mansell and Riccardo Patrese. He fought for 32 laps, until tire change whenhe was passed.

He wanted a good result, and so he moved into high gear, setting the fastest lap time. He passed Gerhard Berger then Alain Prost, settling into second place.

And what about the paper? Ayrton Senna counted his points in the championship. He scribbled six more for the podium in Italy and said:

“I only need four more or perhaps three to close out the tab.” 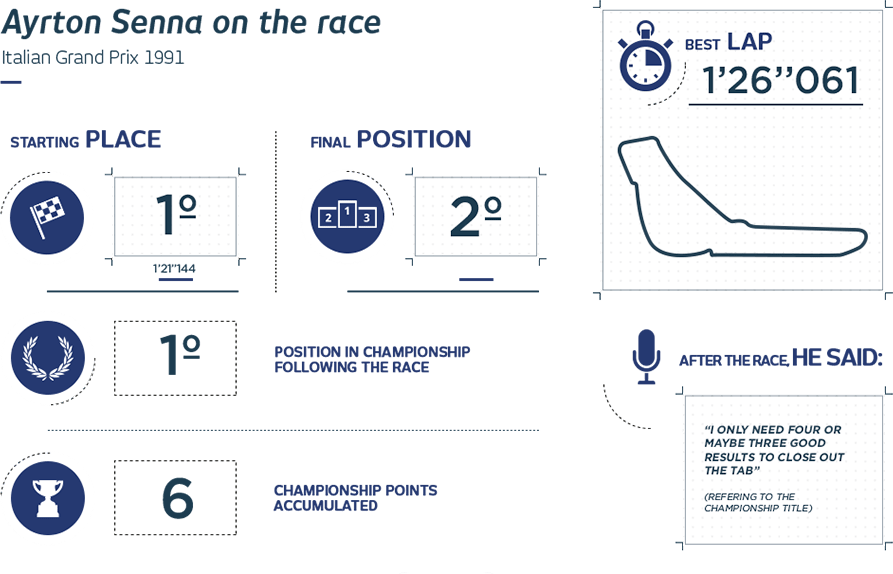