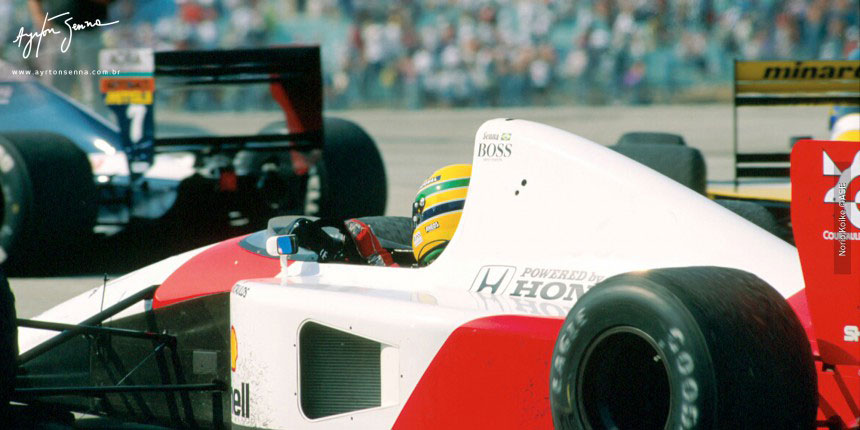 On Thursday, Senna was approached by a group of Italian reporters. Used to the usual questions from the press, he was surprised to be asked if he believed in he supernatural.

Always careful in his responses, the driver was evasive until one reporter informed him that a gypsy had foreseen that Riccardo Patrese would be the winner of the race. Senna laughed and responded that you didn’t have to be a fortune teller to know that Williams would win. Then he mocked:

“I want to know if the Patrese’s gypsy consulted Mansell and forsaw prophesized me coming in second.”

Patrese started in pole position. With Mansell by his side, the twosome seemed perfectly at ease.

But on lap 51, Mansell wound up being disqualified for stopping outside the box area for servicing.

It was then that Ayrton Senna took second place, which he maintained until crossing the finish line in Estoril. He completed the podium with Jean Alesi (Ferrari).

And the French driver asked the first question at the press conference after the race, which was directed at the winner, Patrese:

“Who should I consult in order to find out what my position in the next race with be: the Italian gypsy or the Brazilian wizard?” 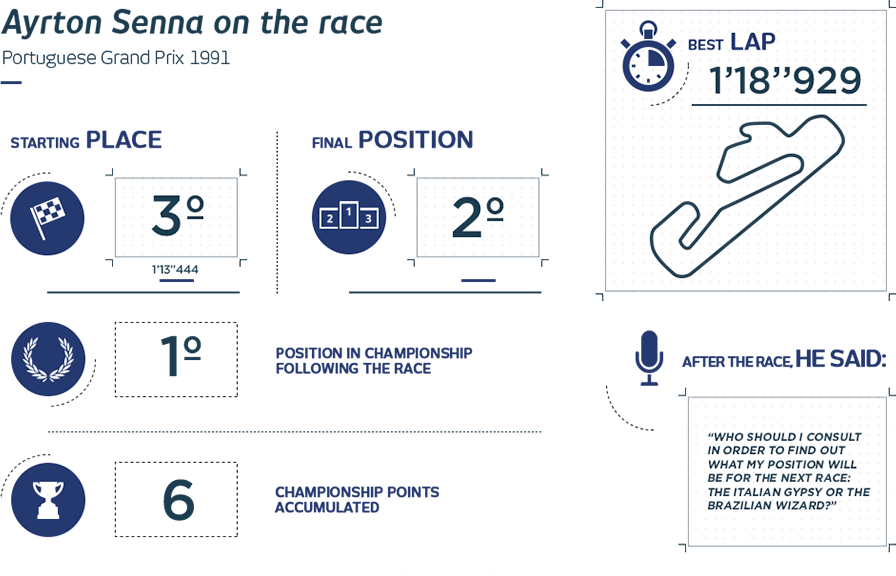