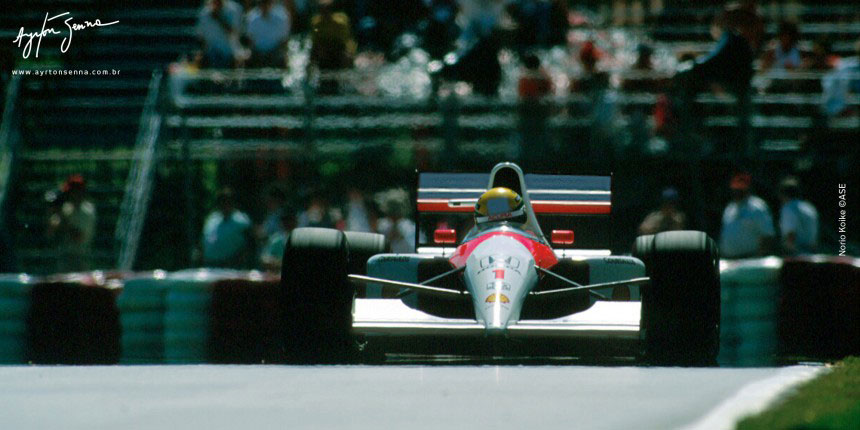 In an interview for Canadian television, Ayrton Senna was asked how he was planning to win that race, repeating his four wins in the first four races of the 1991 season.

“I plan to win pole position, start in front and be lucky.”

But Ayrton Senna lost pole position to Riccardo Patrese (Williams) that Saturday, and the lead to Nigel Mansell on Sunday.  Luck was not on his side: the McLaren had some electrical issues and Senna retired on the 25th lap of 69.

And there were others whose luck was even worse: Nigel Mansell was just a half of a lap from the finish line when the gearbox in his Williams locked up.

Good for Nelson Piquet (Benetton), who passed the Englishman and won his 23rd and final victory at Formula 1.

What did he say after the race
“I stopped because of an electrical problem, but truthfully I don’t know if I could compete against Williams today.” 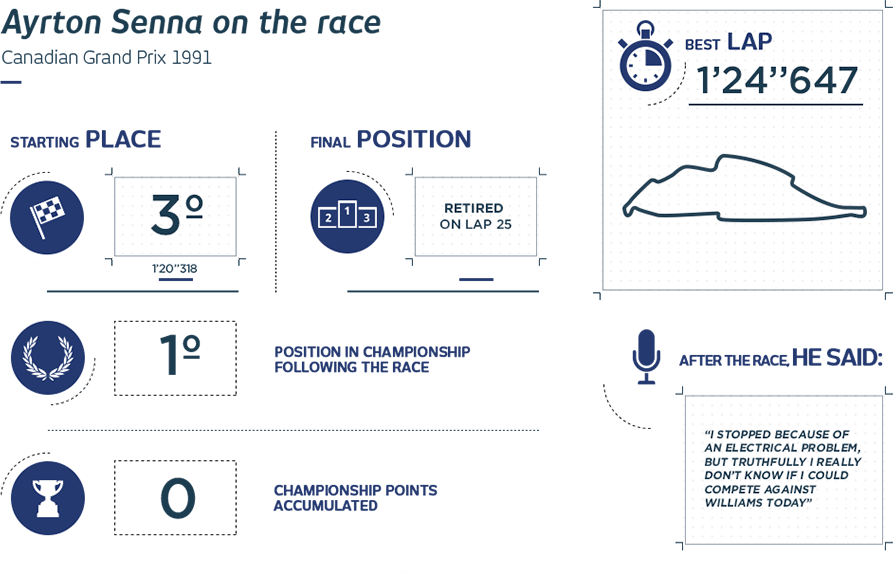