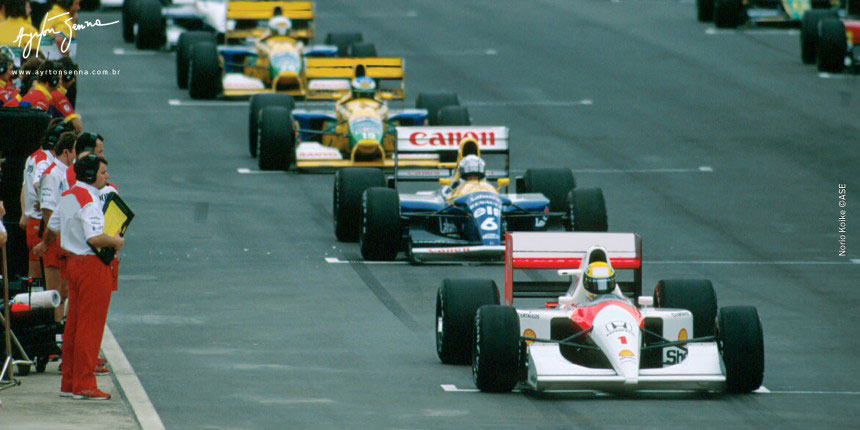 Another season start for Ayrton Senna, the current world champion. But it wasn’t a very exciting start. He raced with the same car which he had used in the opening race of the 1991 season, in South Africa, but Williams had improved immensely in comparison to the year before.

If it had already been difficult to beat them before, the team’s new car won them the status of unbeatable. The car is remembered up to today as a masterpiece in Formula 1 engineering.

Even so, he managed second place during qualifying sessions. He spoke quickly in the boxes after qualifying and then isolated himself. He only went out because his presence at the press conference was mandatory.

He stopped to talk to Christian Fittipaldi, who was debuting at Formula 1, with the 20th spot on the starting grid, and proposed:

“Let’s go and listen to this foolishness. With the car that I have, I wouldn’t dare say anything bad about Mansell.”

Aside from pole position, Mansell won from start to finish and even scored the fastest lap. Ayrton Senna did what he could: third place, behind the Williams cars.

After the podium, in another press conference, he had only good things to say about the English driver and his car. 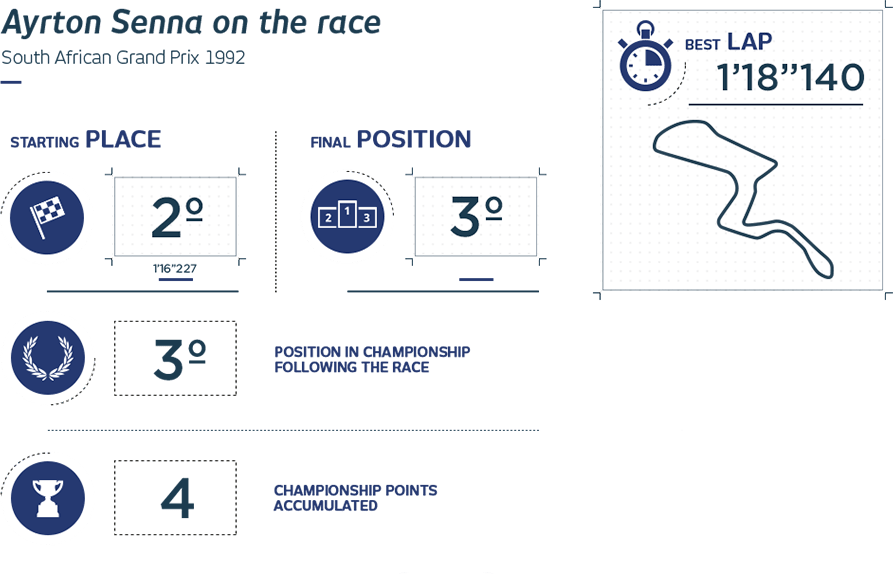