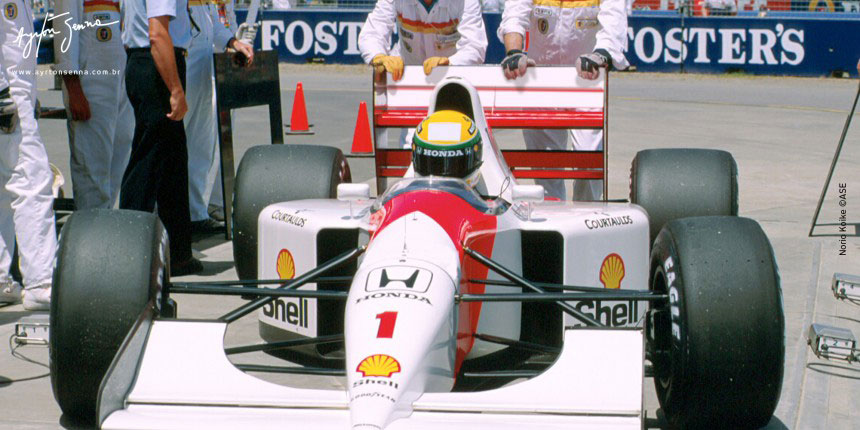 Senna was prepared to announce his Formula 1 exit in Australia. He wanted to leave for one year, but occurrences behind the scenes forced him to cancel the announcement. He had also changed his mind, remaining in the category for the 1993 season.

Starting in second, he battled with Mansell for 18 laps, during which the two remained on the track. When he tried to pass, the cars became entangled, taking them both out of the race.

“It was a shame, because the fight was fierce but clean. I exited the cockpit and looked for Mansell to congratulate him on the excellent championship and for his title win, but he had hurriedly left and disappeared. Afterwards I found out that the Lion had blamed me for the wreck. What can I do? I would never cause an accident on purpose.”

At the end of the day, he was happy for his friend Berger’s win. It was his second win since the his debut with McLaren. He had always worked hard for the team and contributed to some of Senna’s most important victories.

What did he say after the race
I would never cause an accident on purpose.” 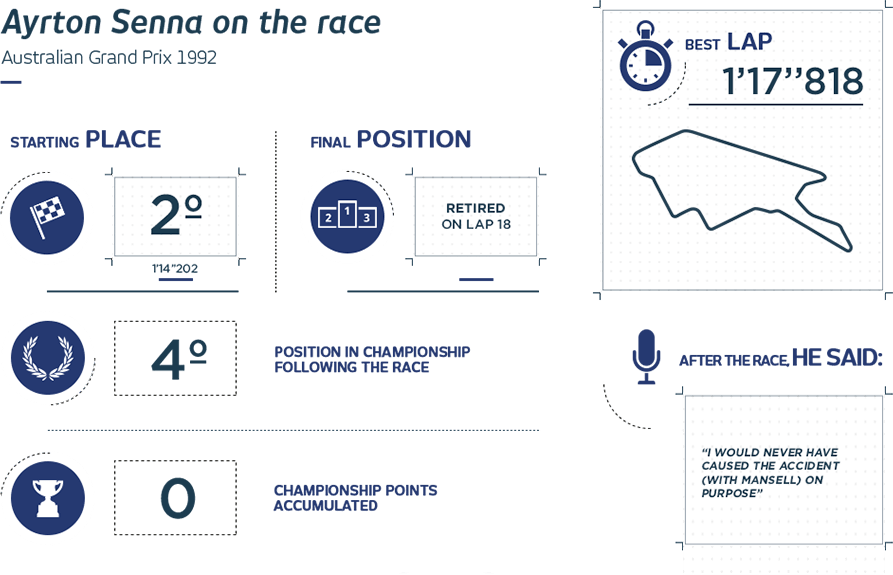