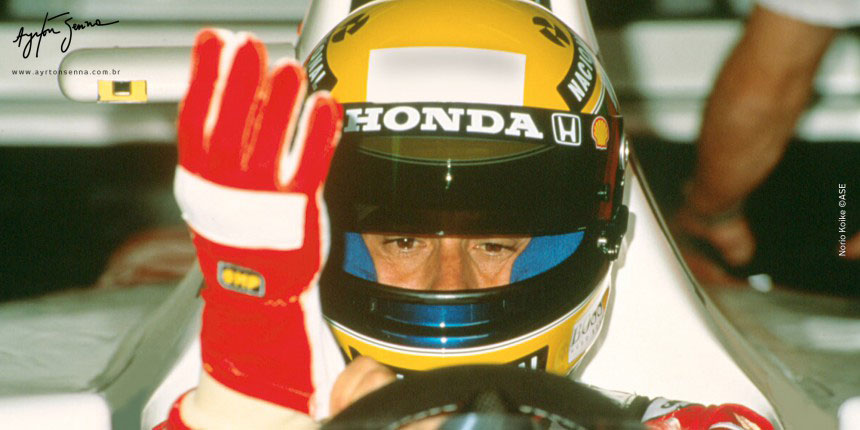 Ayrton Senna was frank with his team. He was blunt and advised them that they would have to do a lot to keep the no. 1 – reserved for the champion – on the car.

Afterwards, he set out for the racetrack and admitted that his driving was off in Catalonia. The car’s inferiority compared to Williams’ cars required him to push his car to the limit so that he could find some joy in driving.

“Otherwise, how am I to be motivated to keep fighting for the title and take the risks involved in Formula 1?”

He would start again in third, without the engine with the extra 50cv promised by Honda. As it had begun to drizzle slightly before the race, Senna had them put wet weather tires on and make other set-ups to the chassis.

He started off poorly, but gained ground quickly, and though conscious of the risks, he raced to come in second. “It was the only position which interested me at that point in the championship”, he summed up.

He spun out twice. The first time, he let the car slide on the gravel and, using all his experience, managed to return to the track. The second time, he threw in the towel.

“The only thing that went through my head in that moment was the memory of my accident in Mexico last year. Not again, I thought. Imagine colliding head-on and really getting hurt!”

Senna left his car three laps to the end and watched as Mansell won again, alongside Michael Schumacher (Benetton) and Jean Alesi (Ferrari) on the podium.

What did he say after the race
“The only thing that went through my head in that moment was the memory of my accident in Mexico last year. Not again, I thought. Imagine colliding head-on and really getting hurt!”
share this article
share this article