For the French Grand Prix, Senna was placing his hope in the new active (or smart) suspension, for his McLaren. He even joked before qualifying:

It wasn’t enough, however, to take the lead ahead of Williams: Mansell won his seventh pole position of the season and Senna placed third on the grid.

Senna couldn’t verify the power increase from the new engine Honda had prepared for the race because he pulled out on the first lap. He was preparing to take the first corner when he was rammed by Michael Schumacher.

It was a short race and a huge letdown. Nigel Mansell won again, with Patrese and Martine Brundle (Benetton) completing the podium. 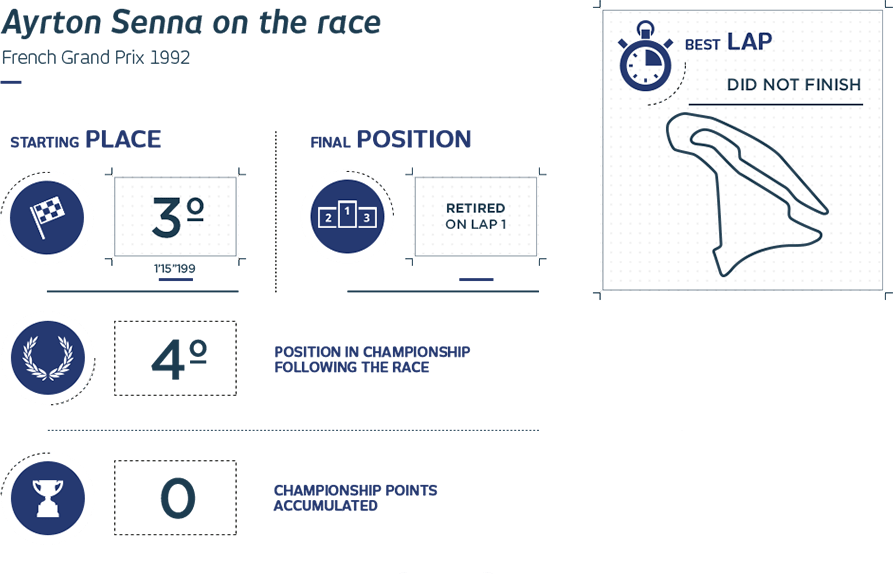