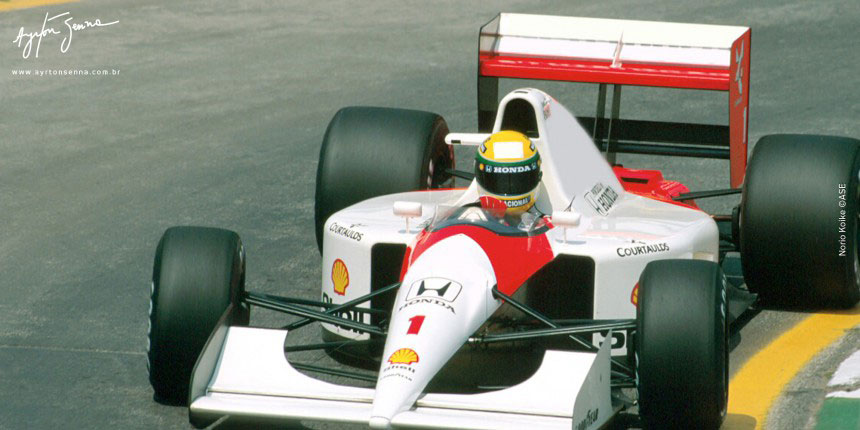 The 1991 McLaren would be retired and would have it’s farewell race in Mexico. Compared to the Williams, it was two seconds slower per lap.

To worsen the prognosis for the race, the circuit had the longest straight in Formula 1 as well as many fast corners. No driver could overcome all of this just on skill.

What was he to do?

“Ok. Let’s watch the video from last year, when Williams was already faster than us and we came in third.”

As if a replay of past events, Mansell won and Riccardo Patrese was second, set apart from the other drivers. But Michael Schumacher (Benetton) took Ayrton Senna’s place, coming in third.

Senna, who hadn’t started in sixth on the grid in years, retired on lap 11 because of a failed transmission.

It was a sad farewell for the McLaren MP4-6. 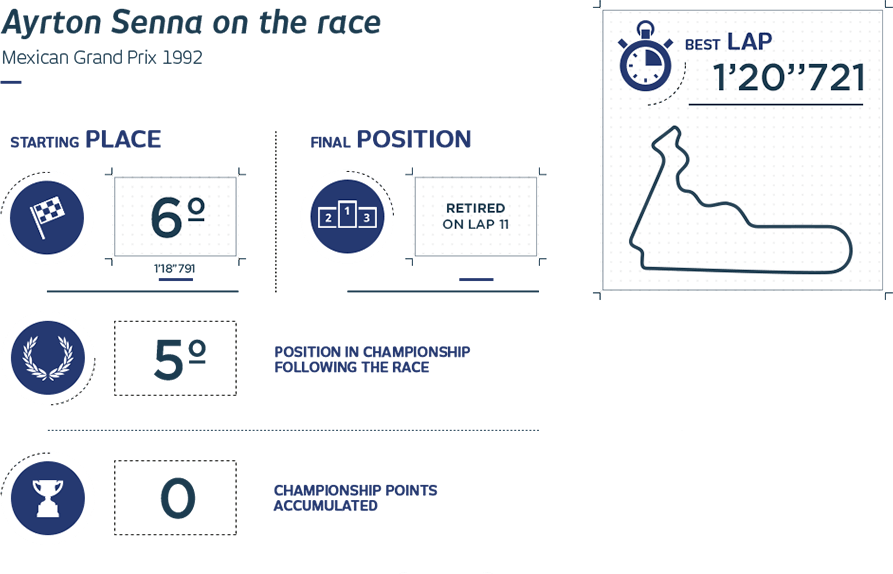