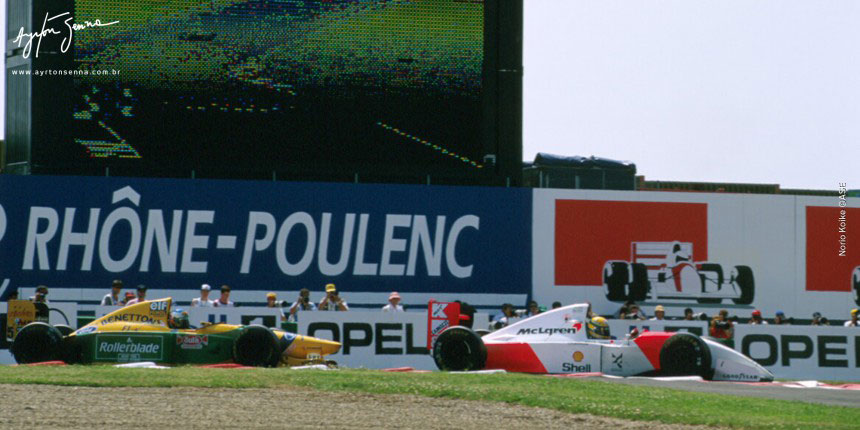 Renault threw a jubilant and patriotic party in Magny Cours. They wanted to show the world that they had the best engines in Formula 1.

This feeling of superiority began on the starting grid, with four cars – Williams and Ligier – occupying the first two rows. Ayton Senna was in fifth, with a time two seconds slower that Damon Hill’s pole position.

“A beautiful occasion to race my 150th Grand Prix.”

The race once again went to Williams, with a victory for Alain Prost and a twosome on the podium.

Ayrton Senna finished in fourth. His teammate, Michael Andretti, in sixth place, had scored the first point of his career; and this was considered the one positive aspect from that afternoon.