Ayrton Senna exited his car soon after warm ups on Sunday, looked up at the cloudy sky, laughed and said:

Regulations had narrowed the tires for 1993, which required drivers to have greater skill to negotiate corners, because drivability was undermined, mainly on wet tracks. Because of this, Senna was excited for the race, even though he was starting in fourth.

Ayrton Senna was very fast and led the race while it rained in Imola. When the track dried and all the cars had stopped to switch to slick tires, things became more difficult for Senna.

He miraculously resisted harassment from Alain Prost, whose Williams – with its Renault engine – was much more balanced and powerful. But the race ended prematurely when a hydraulics problem stopped the McLaren on the 41st lap.

From there on it was easy for Prost to win.  He had tied with Senna with two wins for the championship title.

What did he say after the race
““We were fine until the hydraulics failure.” (FORIX) 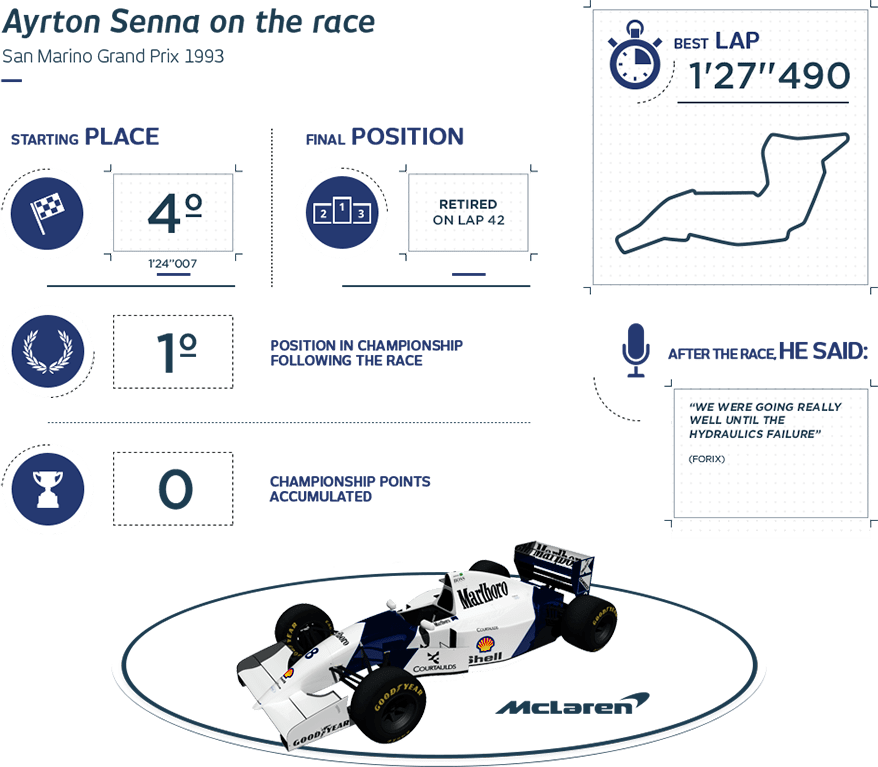