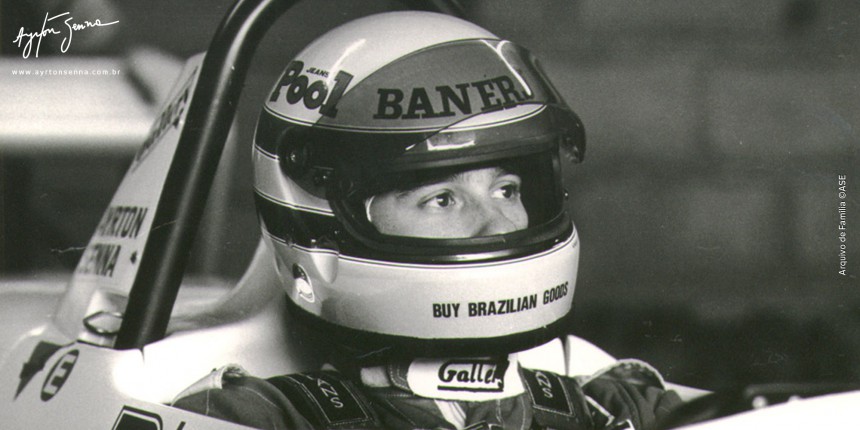 Ayrton Senna was just one step away from Formula One, and the Brazilian driver knew he had to make the best of the chance to show his talent to the biggest teams in the category. And that’s exaclty what he did. In 1983, Senna competed in the British F3, driving for West Sutton Racing, which used a Toyota-Novamotor engine. The Brazilian had such an epic season that he didn’t have to stay for another year in the category, in 1984 – at the end of the year, Senna was already headed to Formula One. At the time, the F3 cars could be described as scale-models of their F1 counterparts. The single-seaters were really fast and powerful. As far as handling went, the F3 cars slid through the tracks in a way that recalled the go-karts of the time – which certainly helped go-karting masters, like Senna. The engines had a capacity of 2000 cc and the average speed during races was 200 km/h (125 mph). He had 12 wins in 20 races that year – nine of them in a row (four in Silverstone, three in Thruxton, one in Donington Park and Brands Hatch each) which soon caught the eye of Formula One teams, like Williams and McLaren. Silverstone, one of the main stages of international motor sports, was the track where Senna raced the most in F3. He won six out of eight contests, giving new life to a nickname used by the local press, which, since his Formula Ford days, called the British track “Silvastone”, after Senna’s last name, da Silva. Even as he dominated Formula 3, Senna had a few problems and retired from six races – five of them after crashes and once due to engine failure. Thanks to those slip-ups, the Brazilian wasn’t able get away from his biggest rival in the standings, British Martin Brundle. At the last race of the season, Senna managed to beat Brundle and secured his title. The Britton had to settle for third place in the race and second overall.