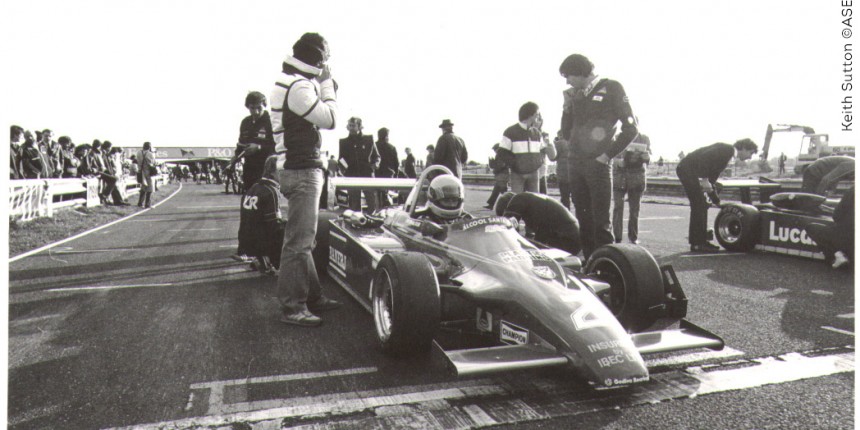 On November 13th, 1982, in the UK, Ayrton Senna drove a Formula 3 car for the first time. The race in Thruxton wasn’t part of that year’s championship, which was already wrapped up. But it was a big test for the Brazilian driver, already confirmed for the following year’s regular British F3 season.

He would be driving a Racing Ralt RT3/82 car for team West Surrey. Ayrton was going to be on the public’s eye, that weekend, especially thanks to the presence of BBC TV cameras, one of the biggest television networks in the world.

Ayrton would be up against several drivers who had raced in the regular season, like Tommy Byrne, the 1982 champion. And there was another driver interested in taking the opportunity to make a name for himself: Argentine Enrique “Quique” Mansilla, Senna’s teammate in that year’s Formula Ford championship, which Senna had won.

But West Surrey’s principal, Dick Bennetts, certainly expected Senna to shine brighter. After all, even as an experienced team owner, he had never seen a faster driver: “He [Ayrton] can beat anyone”.

And Senna did, in fact, start ahead. He scored the pole position with 1m13s34 – four tenths of a second faster than Martin Brundle’s best time, three weeks prior, during the British Formula 3 championship. Senna was the only one to finish a lap in less than 14 seconds in that qualifying session.

If Senna’s qualifying run showed a lot of promise, he faced even less competition during the race itself. Senna distanced himself after each lap, and won with an impressive advantage over the second-placed driver, Bengt Tragardh: 13 seconds.

After the Brazilian’s very impressive performance, Dick Bennetts and Ayrton Senna shook hands and closed a deal for the driver to race the whole British Formula 3 championship, in 1983 – the last rung before his F1 debut.