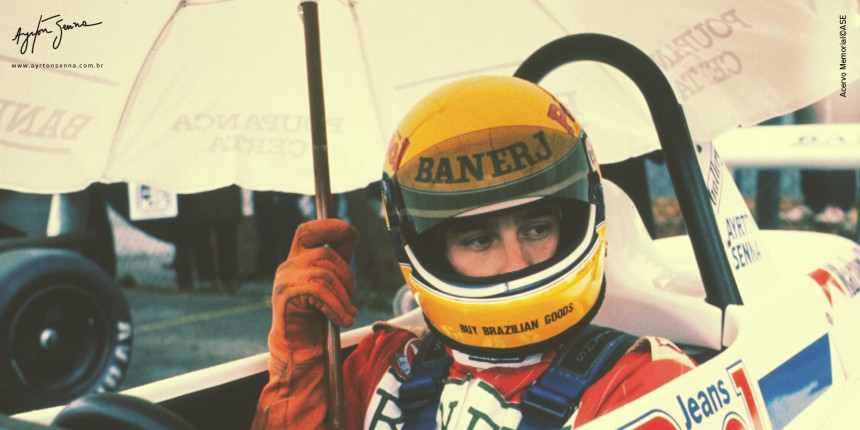 At Formula 3, the final step on the road to Formula 1, Ayrton Senna repeated his brilliant performance from Formula Ford and Formula 2000.

On board an impeccable race car, he set every record, doing pole position and fastest lap on the first nine races of the calendar.

It’s no surprise that the British press loved to make a pun with his victories at Silverstone, nicknaming it “Silvastone”, in reference to the Brazilian driver’s last name. During his three seasons in the feeder categories (from 1981 to 1983), he won nine times, an impressive feat.

By mastering the most famous Britsh circuit, Senna started his journey towards the title, with a first-place finish at the British F3 opening race, on March 6th 1983.

He deservedly won the category title and became the only racing driver to be crowned triple champion of the British formulas. Overall, he won 12 of the championship’s 20 races. And he had to fight until the last round, since a few crashes and break-downs had an impact on the Brazilian’s score against his main rival that year, Briton Martin Brundle.

Besides winning the title, Senna got exactly what he hoped for, in 1983: invitations from Toleman, McLaren and Williams to test race cars of the world’s top motorsports category. His debut at Formula 1 was now only a matter of time.