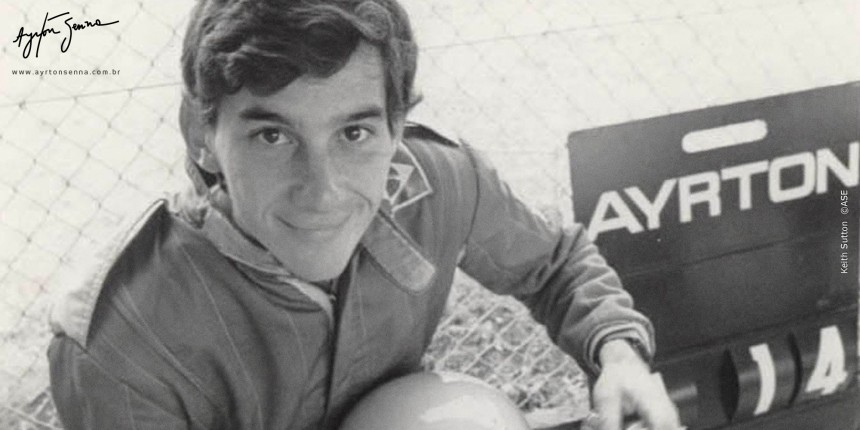 Senna’s first stepping stone after his successful go-kart career was in British motor sports, more specifically in Formula Ford 1600, a category already notorious as a breeding ground for F1 talents at the time.

Senna’s first race took place at Brands Hatch, on March 1st 1981. Using an outdated car (it was the previous year’s model, since the new one wasn’t ready in time), Senna finished in a satisfactory fifth place, behind drivers with at least one year of experience.

The following Sunday, Senna was third at Thruxton, and climbed on the podium for the first time in his young international career.

The victory he dreamt about would come soon, only 15 days after his debut, in an incredible race at Brands Hatch. It was run in two heats, and the Brazilian overcame Argentine Enrique Mansilla and Mexican Alfonso Toledano in both of them, opening a comfortable lead of nine seconds overall.

The laurel wreath from his first victory has become a relic. A rare trophy, to this day kept by Ralph Firman, Ayrton Senna’s first boss, at the Van Diemen headquarters, in Snetterton, England.

After the podium at Thruxton and the win at brands Hatch, Senna kept going, finishing the nine following races in the top-three, including five victories! The great results meant a considerable lead in the championship standings.

After the race in which his podium streak was broken – the 13th, out of 20 races – Da Silva (as he was known at the time by the European press) remained unstoppable. In the last seven races he scored nothing less than six victories and one second place, which earned him the titles (Towsend Thoresen and RAC British) ahead of time.