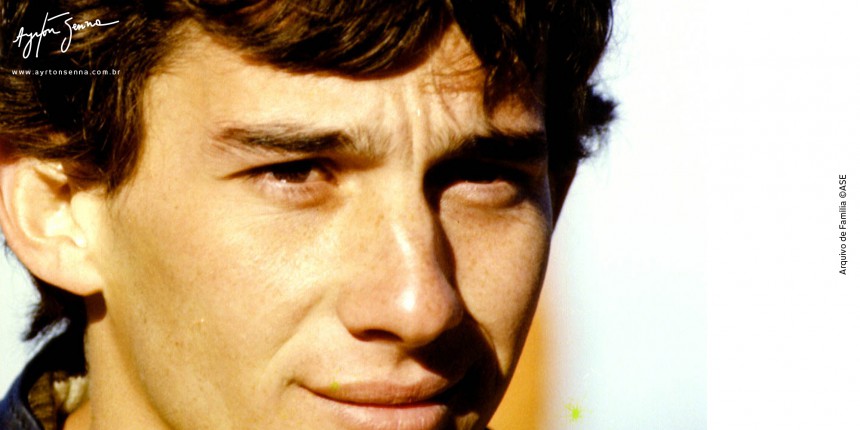 Ayrton Senna found out at an early age that he had a vocation for racing. When he was four years-old, he got his first go-kart. His father had built it for him. And the young boy turned his favorite toy into the first tool of his future career.

At as little as nine years of age, he competed for the first time in a neighborhood race on the streets of Campinas, São Paulo. It was also his first pole position, which had been determined by drawing. Luck was already on the side of this future racing driver.

His first official win came about in his first official race. It happened at the Interlagos Go-Kart Track, which nowadays bears the name Kartódromo Ayrton Senna , located behind the old opposite straight of the famous circuit, in São Paulo. The race took place in July of 1973, when Ayrton was 13 years-old.

As he matured as a racing driver in go-kart competitions, Ayrton Senna achieved several victories and six championship titles in São Paulo and across Brazil and South America. The passion that Ayrton Senna experienced at this phase in his life was key to the success he achieved wherever he went.

Senna competed in five world go-kart championships, which always took place in September. The Brazilian made his debut in 1978, in le Mans (France) where he finished the competition in sixth place. In the two following years, he was the runner-up – in Estoril (Portugal) and Nivelles (Belgium).

In Portugal, Ayrton tied in points with Dutch Peter Koene, but lost the title due to other criteria. The Brazilian won the third heat of the finals but, unlike in previous years, the semifinals were more important than the last heat, in case of a tie, and Koene was crowned champion. In Belgium, Ayrton’s dream was deferred by another Dutch: the title went to Peter de Bruyn.

After his last win in Formula One, in Australia, 1993, Ayrton was asked who he considered his biggest rival in his career. The answer surprised a lot of people, since the Brazilian recalled his go-kart days, naming Terry Fullerton.

“I’d have to go back to 1978, 1979, 1980… when I drove go-karts. I had a teammate, Fullerton – his name was Fullerton. He had a lot of experience, and I loved racing against him. He was so fast and consistent. To me, he was a well-rounded driver. And it was racing, pure racing. There was no politics, no money involved. I have fond memories of that time”, said Senna in a press conference after the race in Adelaide.

Even as a more experienced go-kart driver, Fullerton finished behind Senna in the two instances Senna was the runner-up. But he had already won the coveted world title in 1973. The Britton never made it to F1, but he believed Senna had a lot of potential, at the time.

“Senna always knew how to bring together the people around him. He didn’t set out to do it intentionally, but he had the charisma, the ability and the talent to make people want to work with him, really support him”, said Fullerton in an interview to Tony Dodgins, author of “Senna – All His Races”.

In 1981, Senna decided it was time to enter the European motor racing world, but that didn’t mean leaving behind the beloved go-karts of his childhood and youth. He took part in that year’s World Go-Kart Championship, in Parma (Italy), finishing in fourth place. He competed for the last time in 1982, in Kalmar (Switzerland), finishing with a modest 14th place. The Brazilian was totally focused on the Formula Ford 2000, where he had just won the European and World titles. In 1983, he set his sights on Formula 3, the last step before F1.