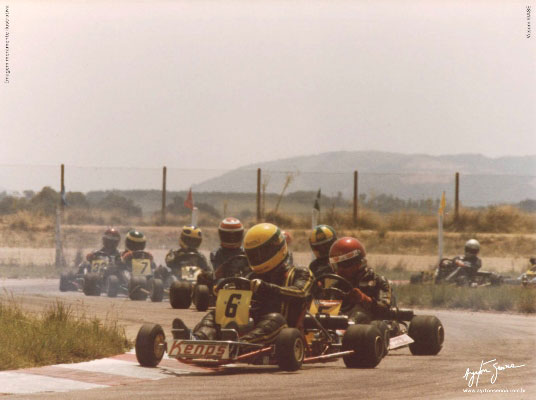 By 1982, although Ayrton Senna had been competing in single-seaters for the past two years, and had conquered two important titles, as FF1600 and FF2000 champion, he decided to race once again in the World Go-Kart Championship, to be held in the city of Kalmar, Sweden. It would be his last time competing in the tournament.

The rival to beat was Mike Wilson, who would end up winning incredible six World Go-Kart Championships between ‘81 and ’89, but who would never compete in a single F1 Grand Prix. With several technical changes in go-karts, like 135cc engines and new types of tires, Senna lost ground to his adversaries and didn’t achieve such a good result.

The Brazilian finished his last championship in 14th, which convinced him to focus 100% of his attention, the following year, on the last step before Formula One: the British Formula 3. He won that championship in his debut season, received an invitation to test an F1 car for the first time in 1983 and, in 1984, was at the starting grid of motorsports’ foremost category, ready to start the most successful part of his incredible career.

(photo: for  illustration purposes only)