Senna’s Historic Race in a Prototype 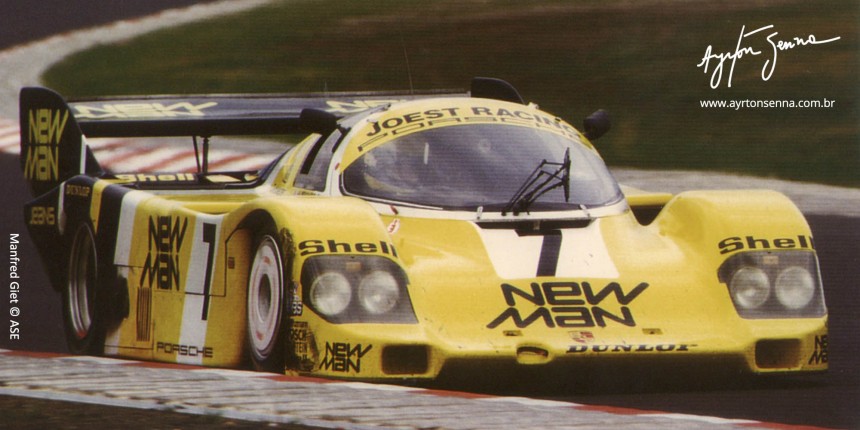 On July 15th, 1984, Ayrton Senna competed in the Nürburgring 1000 km, a race of the World Endurance Championship (WEC), which included traditional long distance races, like the famous 24 Hours of Le Mans. As a newcomer in Formula One, the Brazilian had just had a great result in Monaco, where he finished in second place after the race was suspended due to the heavy rainfall.

In the endurance race, Senna drove a Porsche 956 prototype in yellow, white and black. The Brazilian finished in eighth place at the German track – the same where, two months before, he had beaten the biggest stars of motor sports behind the wheel of a stock Mercedes.

The Brazilian was invited to race in the Nürburgring 1000 km by the Joest Race team, which also had Stefan Johansson, a Swede who would become Senna’s teammate by the end of the year, and Henri Pescarolo, a four-time champion of the 24 Hours of le Mans.

On the fist day of practice, Senna faced the challenge of driving a prototype for the first time in his life on a wet track. Ayrton had an afternoon practice session, while his teammates had it easier and drove the prototype on a dry track in the morning.

The qualifying sessions also took place in the rain, and Senna had the seventh best time. With his teammate’s best laps taken into account, the Porsche 956 would start in ninth.

The race started with a wet track, but it dried up as the day went on. Due to a clutch malfunction, the car had to stay in the pit garage for 15 minutes, which meant losing eight laps to their adversaries. The mechanics did their jobs and the car went back on the track. In a brilliant recovery, the three drivers managed to put the yellow, white and black car back in the top-ten, finishing the 197 laps in eighth place. The victory went to the Porsche owned by team Rothmans, driven by Stefan Bellof and Derek Bell.

Senna compared his Porsche to an F1 racecar when talking to the press: “It’s heavier than an F1, but very fast”, he said. According to the team’s calculations, their Porsche 956 would have ended up on the podium, if they hadn’t lost so many laps at the pits.

After the race, the team’s principal, Reinhold Joest, gave a statement in which he complimented the Brazilian: “He was quick since the first practice sessions. During the race, he spent around four hours talking to us, giving suggestions to make the car faster. Senna wanted to know everything about the 956. He worked in a very professional way”, he said in a statement printed in the book “Senna: All His Races”, by journalist Tony Dodgins.

In 1985, the Porsche driven by Senna the year before conquered the title of 24 Hours of Le Mans. At that time, the car of the Joest Racing team was driven by Klaus Ludwig, John Winter and Paolo Barilla, with the same colors and the same number 7 as the one driven by the brazilian in 1984 in the speedway of Nurburgring.