Who was Ayrton Senna

In the most global and fastest sport in the world, a driver is considered the fastest driver of all time: Ayrton Senna. His expressive numbers help to explain why the driver gained status as a sport myth: there were three F1 world titles, 41 victories, 65 poles and 80 podiums between 1984 and 1994. But Senna is more than that: the Brazilian was responsible for some of the most magical moments in the main category of world motorsport. Ayrton established a new level of excellence in the sport. His supremacy was evidenced in three situations where the challenge of driving above 300 km/h is even more intense: in the rain, in the execution of perfect laps on the poles and on the street circuits – in Monaco, the Brazilian is still the record holder for wins. In achievements such as the first victory at home, in the Brazilian GP of 1991, when he fought in the final laps only with the sixth gear, and in the Japanese GP of 1988 when he fell to 17th and still managed to overtake all opponents to win his first title. Senna went beyond all that. Ayrton was a tireless sportsman looking to push his own limits, and with him on the track, anything could happen. His faith in God, his heart concerned with everything and everyone, in addition to his traditional determination and determination, made Senna different. F1 drivers live to overcome limits, but Ayrton has done more: he has always been looking to do his best on the tracks and also outside them. 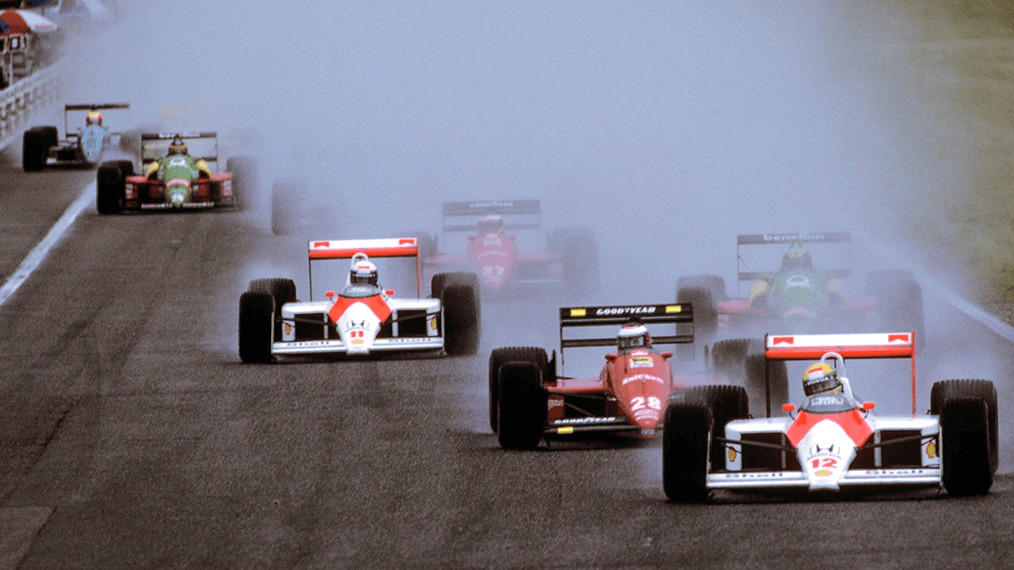 Contrary to what many people think, at the beginning of his career, Ayrton Senna was not an expert driver on a wet track. It was precisely because of the difficulty in his first kart race in the rain that the pilot decided to repeatedly improve his riding on wet asphalt, showing that from the beginning he would be a driver of determination, determination and persistence. When the first drops of rain started to fall, Ayrton prepared his equipment and started for the Interlagos Kart Track, which today is named after him. And that was how Senna started to become a reference in the rain. With 11 triumphs in adverse conditions, Senna was named the King of the Rain at his first opportunity in this type of race in F1, when he was a rookie by the modest Toleman team and climbed on the podium in his first race in Monaco in 1984. His first victory, with Lotus a year later, would also be under a flood in Portugal. 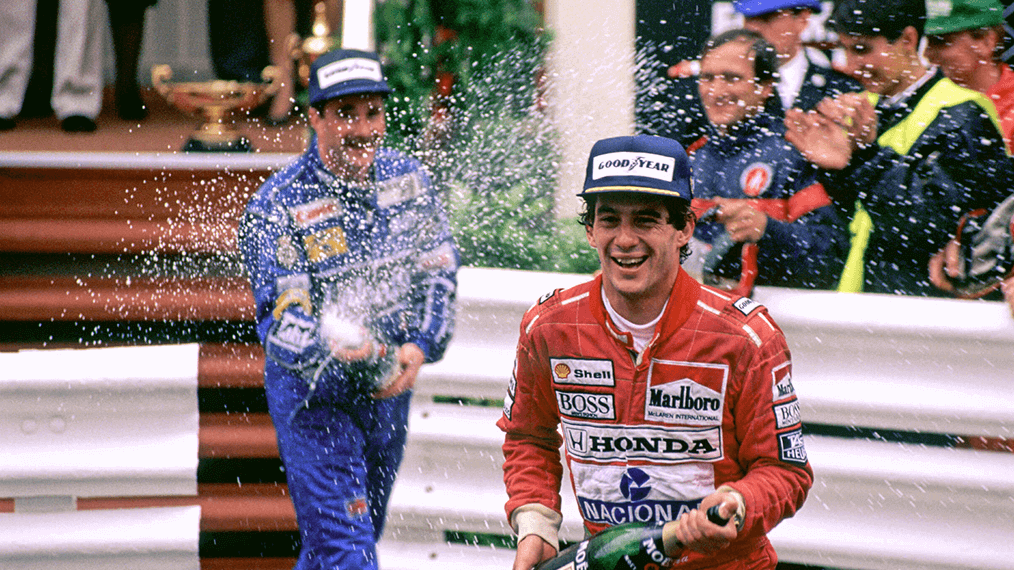 Mito’s trajectory in F1 started in 1984 at the Monaco track. Right in his first race in the Principality, with a car far inferior to his rivals and in the rain, Senna achieved what seemed impossible: he went to the podium in 2nd place after starting 13th. It was not only first because the race was paralyzed when Ayrton touched Alain Prost. Senna became a reference in the Principality and won the post of “King of Monaco”, since he is the biggest record holder of victories, with six conquests (1987, 1989, 1990, 1991, 1992 and 1993), a feat never equaled by another driver in category. It was still in Monaco that he lived one of his most remarkable experiences in life: that of driving as if in another dimension. Ayrton was so fast in training in 1988 that he said he only rode on instinct. “I felt in another dimension, as if I were in a tunnel. Way beyond my awareness. I reached my maximum: I can’t go any further. And I never really had that feeling again.” 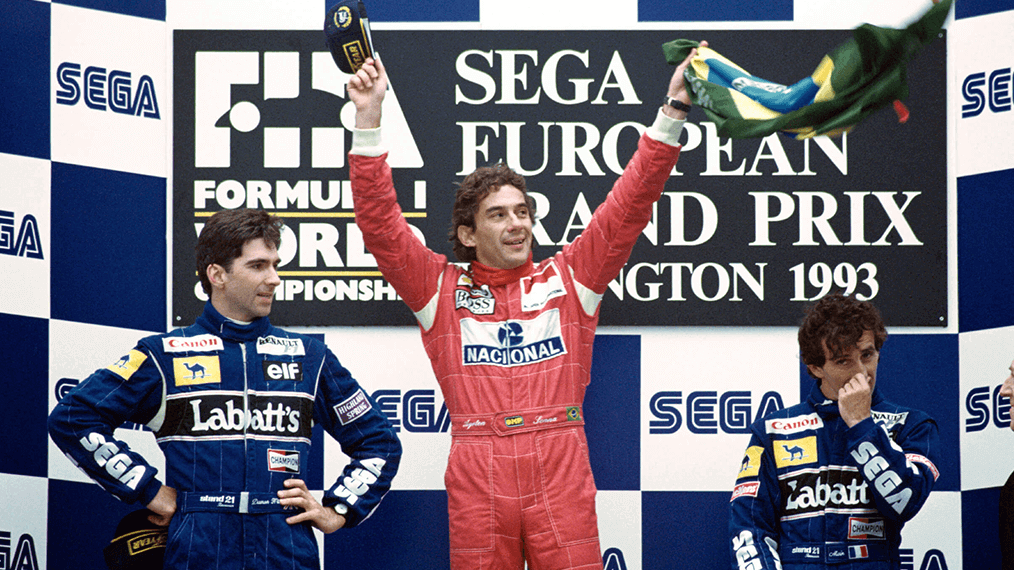 England was the home of Ayrton Senna before he arrived in F1 and also at his start in the main category of world motorsport. And precisely because of his impressive track record at Silverstone, home to several Formula Ford and Formula 3 races, Ayrton was nicknamed ‘Silvastone’ by the English press. A reference to the pilot’s surname, which was known as “da Silva” at that time and practically won everything in the British temple. With six wins in F3, three wins in Formula Ford and one in Formula 1 in 1988, Senna totaled 10 victories at the Silverstone track, in addition to breaking the circuit record numerous times. 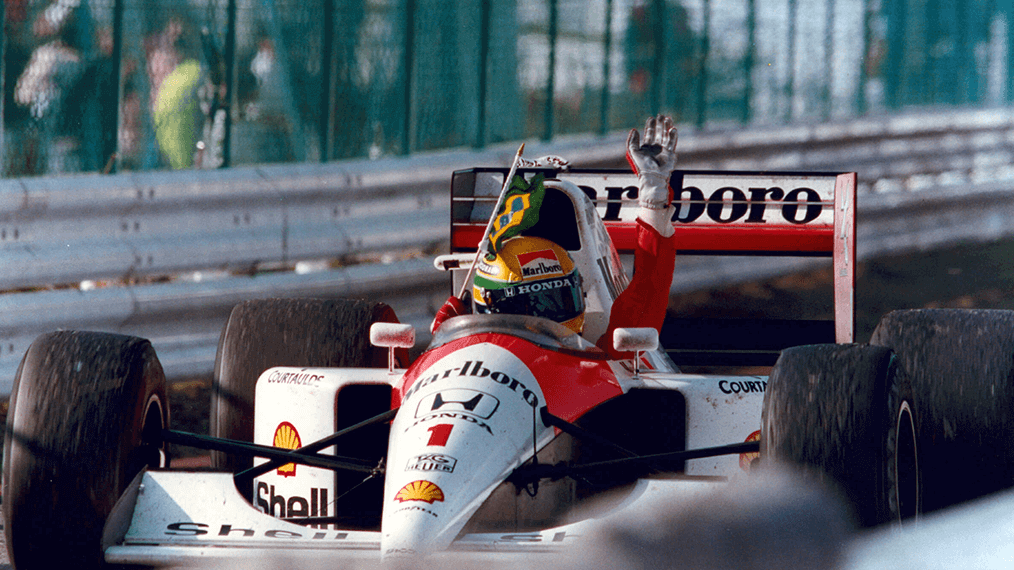 In an impressive brand, Senna established an unprecedented era of F1 achievements between 1988 and 1991 – three world titles and one vice. It was not easy. Ayrton overcame many difficulties, such as the intense dispute against big rivals such as: Alain Prost and Nigel Mansell, in addition to the disagreements with the organization of F1, led at the time by Frenchman Jean-Marie Balestre. However, in his three titles, the Brazilian’s historic partnership with McLaren Honda shone, and his three conquests (1988, 1990 and 1991) were still enshrined on Japanese soil, in Suzuka, the stage where he won many fans. 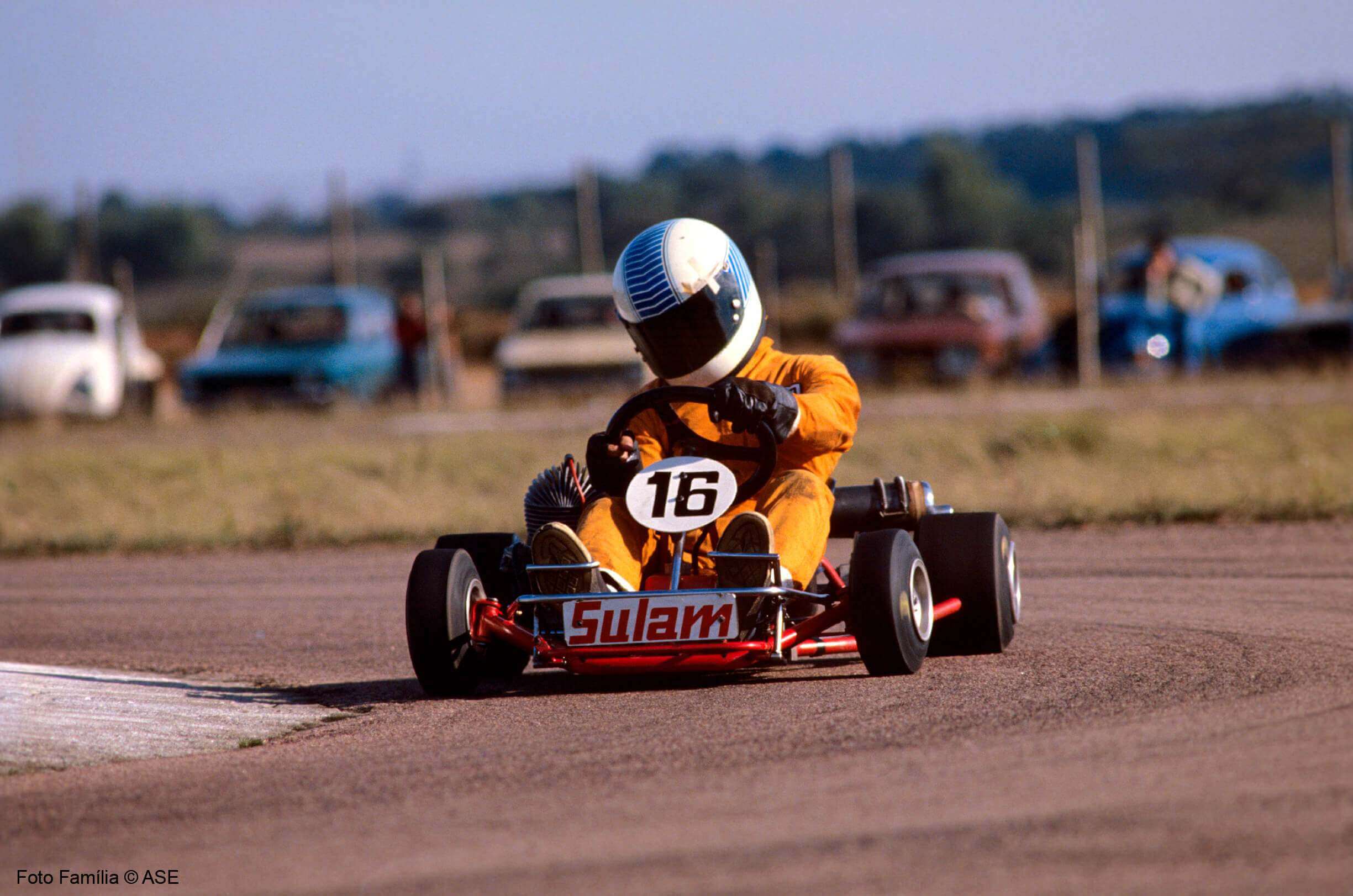 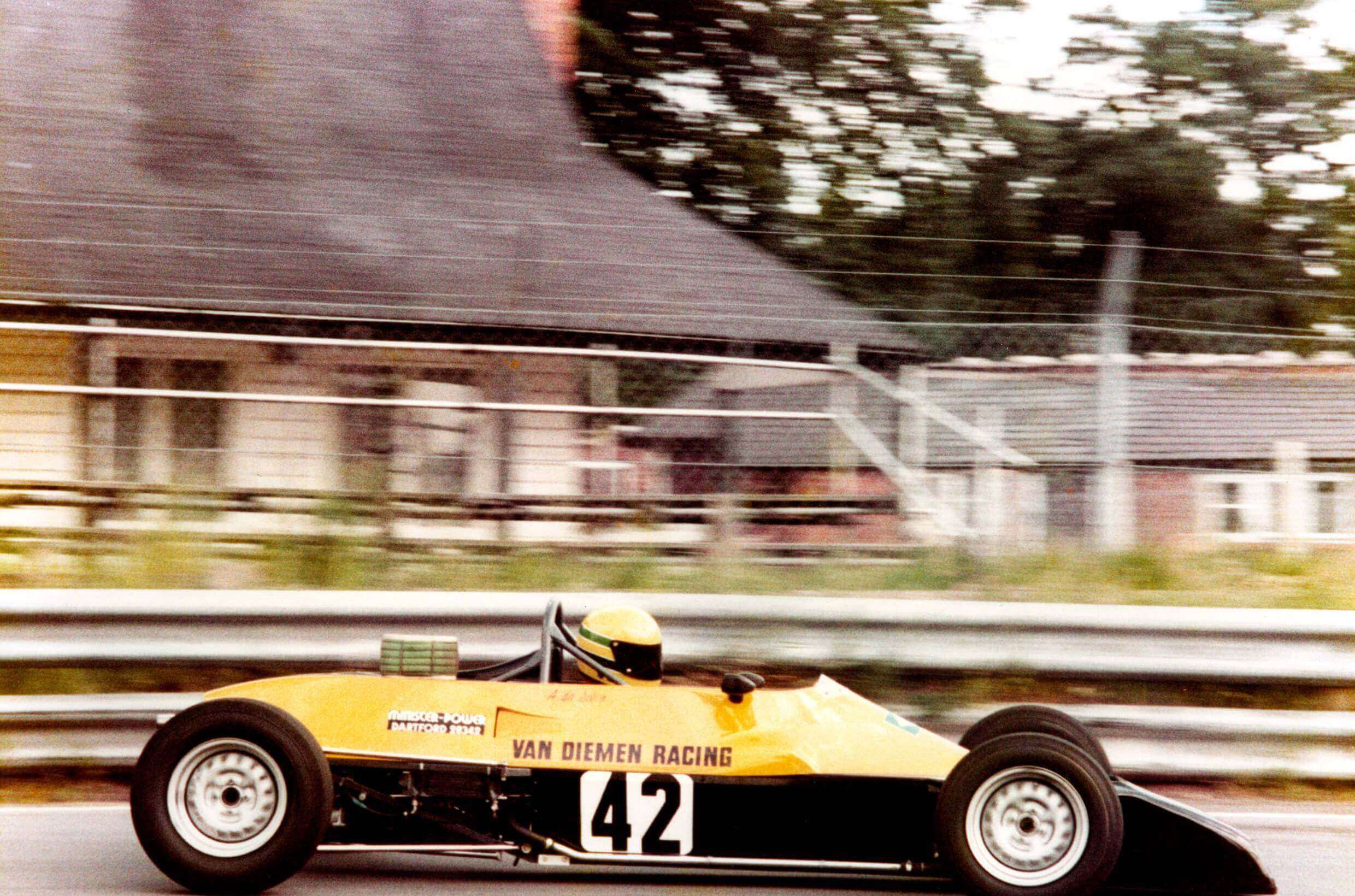 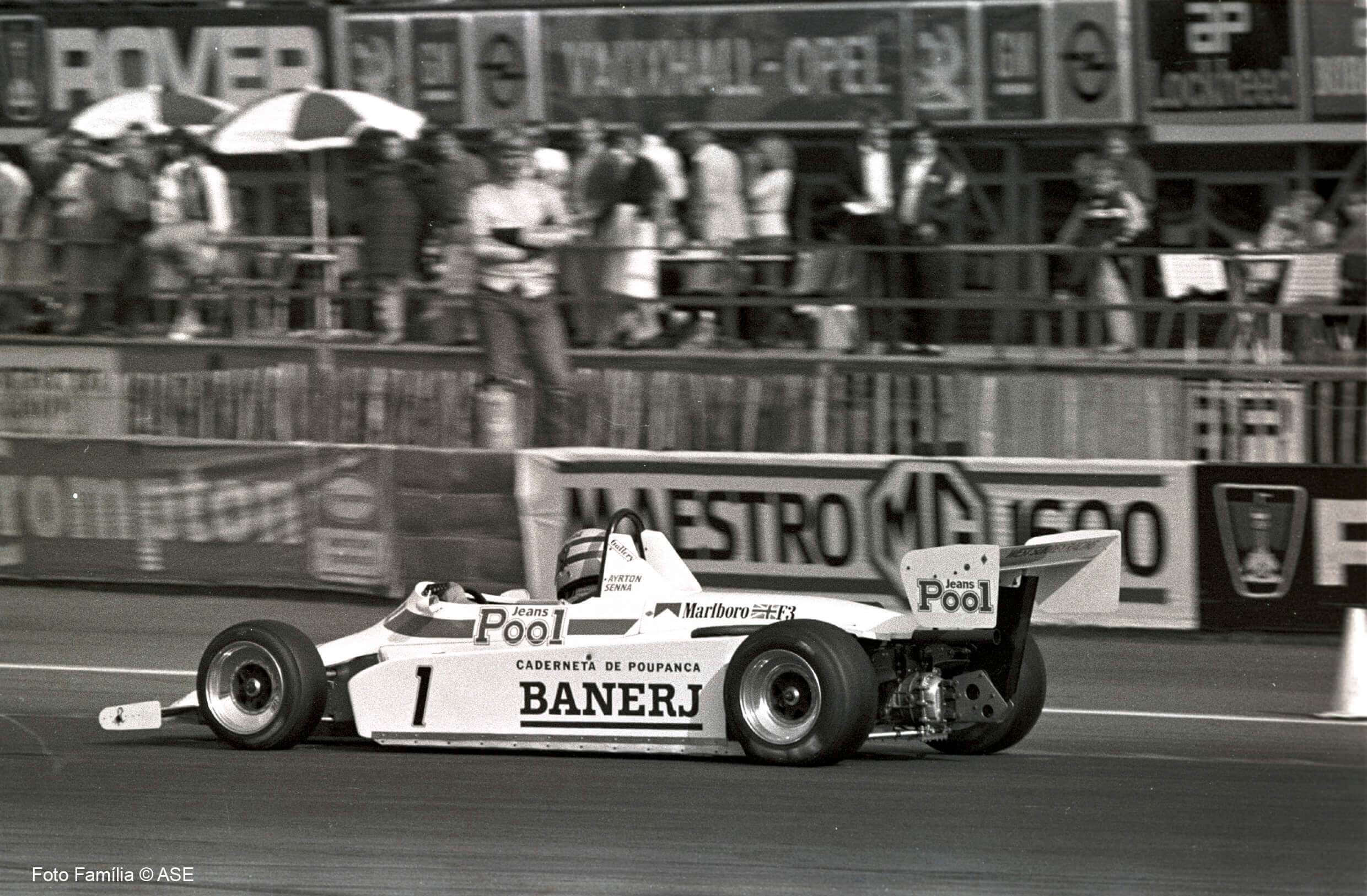 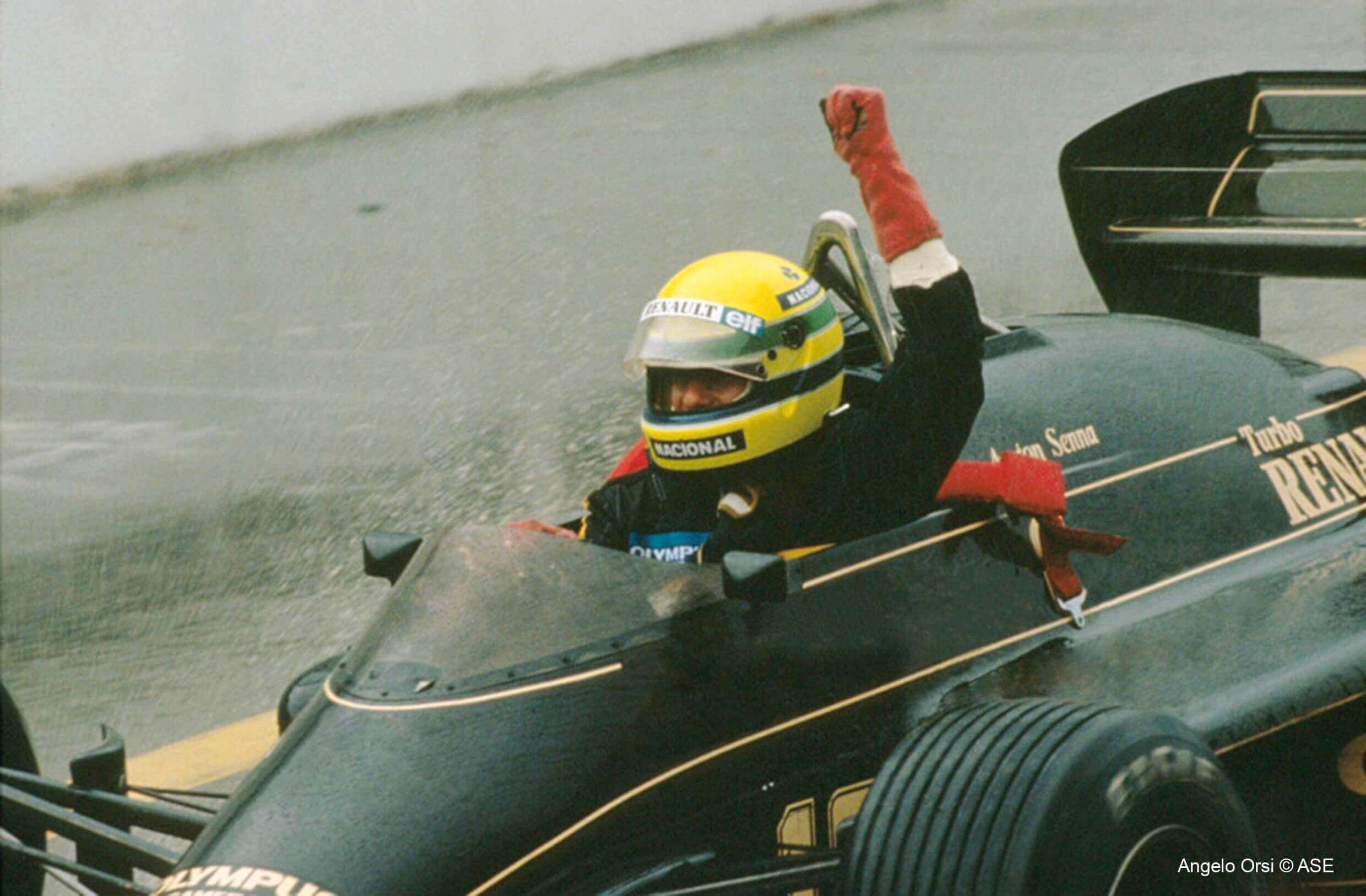 Get to know more

Get to know more