On the 5th of July 1986, Ayrton Senna drove the fastest lap of the French Grand Prix, the 12th pole position of his career. On that occasion, the Brazilian, back then a promising driver in the grid, drove the Paul Ricard circuit in 1min06s526, securing the position of honour. 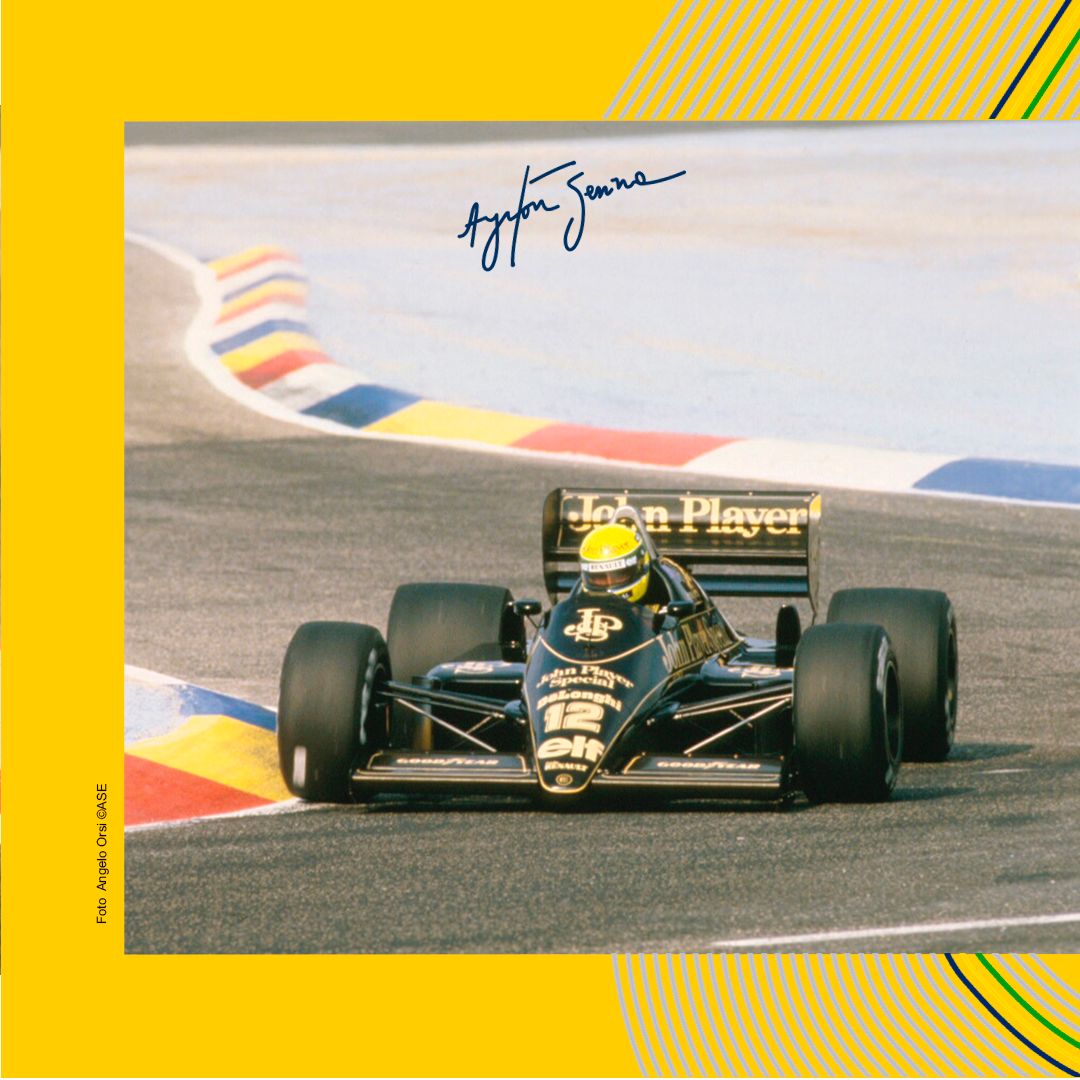 With Lotus F1 Team, this was only Senna’s third season in the top category of world motorsport and the Brazilian driver already showed champion potential early on, which would be confirmed years later, when he joined McLaren, in 1988.

The potential, though, could already be seen in the previous years. In 1985, at the very second race of the season, Ayrton started to build his history of pole positions in F1. We are talking about the Portuguese Grand Prix, at Estoril Autodrome, a race in which Senna showed a dominant performance by being the pole position sitter, winning the race and setting the fastest lap.

Held at Le Castellet, the 1986 French GP was the eighth round of a 16-race calendar and it would not be the last pole position for Ayrton that season. Senna had already started from the first position in Brazil, Spain, San Marino and Detroit before taking pole position in France.

After Paul Ricard, Ayrton would set the fastest lap in qualifying in Hungary, Portugal and Mexico that season.

In 1987, his last year with Lotus, Senna entered his fourth F1 season with 15 pole positions, surpassing the records of great F1 drivers like Alberto Ascari, James Hunt, Graham Hill, Jack Brabham – the first two had 14 and the last two 13.

28 years of a historic tribute: “Senna… We’ve sped up together. The fourth title is ours”